As the value of DNA and cattle lineage continues to increase throughout the beef industry, it's notable that one of the world's most widely recognized premium branded programs has just been hit with a $30 million verdict for what a jury saw as failure to deliver on some key promises to buyers.

Last week a trial ended in a court in Fort Bend County, Texas, with some astounding findings. Twinwood Cattle Company had sued the American Akaushi Association (AAA), HeartBrand Holdings, and Ronald Beeman, chairman of the board of both entities, over DNA identifications for cattle bought through HeartBrand. A jury found unanimously that defendants breached a contract with Twinwood, and fraudulently concealed breaches and tortious conduct for several years around the issue. The suit was filed in 2018.

Twinwood, based at Simonton, Texas, was a member of the AAA from 2009 through 2016. Testimony for Twinwood alleged the AAA promised members they would receive DNA-verified pedigrees for registered animals, as well as certificates of registration. This was meant to identify lineage of those animals registered by the AAA, adding to the value of Twinwood's herd and production from those lines.

The AAA, when asked to provide DNA parental proof on some animals Twinwood had acquired from HeartBrand, was unable to do so. After repeated attempts to obtain this information, Twinwood withdrew its membership from the AAA and filed suit. Twinwood alleged that after leaving the AAA they learned lineage was not verified on more than half of the registered animals they bought during their years of membership. During this time Ronald Beeman was both the chairman of HeartBrand, the entity that sold the animals to Twinwood, and one of two board members of the AAA. The other board member was his son, Jordan Beeman, also president of HeartBrand.

The Akaushi breed is from Japan, where it is known as the "Emperor's Breed." They did not exist outside of Japan until 1994, when eight females and three males were shipped to the U.S. on a specially equipped Boeing 747. They were the beginning of the HeartBrand herd. By 2015, full-blooded Aksushi in the U.S. were numbered at an estimated 1,000 bulls and 8,700 females. The breed has spread across the country.

HeartBrand has been in the business of selling full-blooded Akaushi bulls and semen, and marketing beef under its own branded label, since 2006. Today there are USDA specifications for certification of approved beef programs that claim the Akaushi influence. The value of the elite Akaushi genetics is what ultimately led to this recent lawsuit.

Twinwood engaged Texas law firm, McKool Smith, to handle its case. Lead counsel for Twinwood, Willie Wood, spoke with DTN about the verdict and the complexity of the case.

Wood stressed one of the major issues in the case was that the AAA is a wholly owned subsidiary of HeartBrand. He said that to his knowledge the AAA is the only for-profit breed association in the U.S. He noted experts from the cattle industry testified as to how the AAA was different from other breed associations in terms of how it was managed and structured.

"Most (breed associations) are member driven and have a diverse board of directors," Wood explained. "This was part of the case. There was a lack of diversity in terms of not having different types of breeders, or even breeders from different parts of the country on the (AAA) board. They were the largest breeder, controlling the association."

Wood, a veteran litigator and a Texas cattle producer who raises Texas Longhorns and Black Angus, stressed that this case should take nothing away from the Akaushi breed.

"It's important to give credit to the breed," he said. "This is just a tremendous breed with great potential. We were not attacking the breed at all, but the manner in which we were treated as members of the (American Akaushi) Association. We presented evidence that they knew there were gaps in the pedigrees of many of our animals, meaning they could not verify our cattle in terms of both sire and dam and matings, all the way back to 1994."

Wood said many animals are affected by these gaps, and that while everyone agrees the cattle are full-blooded Akaushi, without parent-verification it can be difficult to sell those genetics at an elite level.

He concluded that the case points to the importance for all producers of seedstock cattle to be aware of the need to keep good records, and to build some redundancy into their systems.

"If you don't have a proper DNA profile because a sample was lost, or the sample was not correctly analyzed by a lab, an association, or even a breeder, it can have an impact on your business," he said. "This highlights the importance of good records, taking good samples, and having multiple samples available -- rather than sending the only sample you have to an association, who then sends that to the lab. This highlights the importance of integrity for all breeders to keep good records."

DTN reached out to the American Akaushi Association for any comments on the verdict, but at presstime no one had responded. 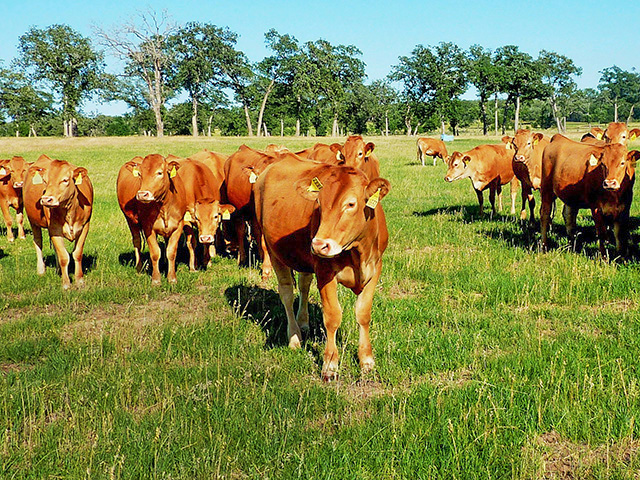