WASHINGTON (DTN) -- It would be illegal for the Chinese government or its state-run companies to own farmland in the U.S., and land currently owned by Chinese companies would be excluded from receiving farm-program payments under an amendment added to the congressional appropriations bill on Wednesday.

The House Appropriations Committee approved $26.6 billion in discretionary spending for USDA, a 10% increase above 2021 levels, mainly by increasing funds for food-aid programs such as the Supplemental Nutrition Assistance Program (SNAP) and the Women, Infants and Children (WIC) program.

There was little tinkering in the hearing over specific funding measures, but lawmakers approved an amendment on a bipartisan voice vote by Rep. Dan Newhouse, R-Wash., to make it illegal for the Chinese government and its subsidiaries to own farmland in the United States and to make the roughly 192,000 known acres that the Chinese currently own ineligible for all USDA farm programs. The amendment led to a lengthy debate on Chinese investment in U.S. agriculture and farmland.

Newhouse argued that China has a policy focused on foreign production as part of its Belt and Road Initiative and therefore is a threat to the United States.

In a statement, Newhouse said: "In recent years, the Chinese government has been buying up U.S. agricultural assets. Allowing this practice to continue would lead to the creation of a Chinese-owned agricultural monopoly and pose an immediate threat to U.S. national security and food security. The U.S. cannot become dependent on China for our domestic agriculture and food supply."

Rep. Sanford Bishop, D-Ga., said he supports "the concept of the amendment," but understands there would be "sensitivities" about Newhouse's proposal. Bishop suggested that the Agriculture Department needs to review the situation and discuss the consequences with the committee. Noting that the bill must go through the House Rules Committee and to the House floor, Bishop said the committee needs to "sit down and work through" the proposal.

Rep. Grace Meng, D-N.Y., vigorously opposed the amendment, saying that singling out China would lead to violence against Asian Americans.

Rep. Jaime Herrera-Butler, R-Wash., said she found Meng's statements "almost offensive" because they indicated Americans could not distinguish between the Chinese Communist Party and Asian Americans.

Rep. Mario Diaz-Balart, R-Fla., said the Communist Party of China "needs to be singled out" and that Meng was wrong to say that "our farmland could be owned by an enemy of the United States and we can't talk about it."

Meng responded that she should not be lectured and that the discussion should include all U.S. adversaries.

Rep. Marcy Kaptur, D-Ohio, said she thought the committee was engaging in "a healthy debate" and that she appreciated both Newhouse's and Meng's points, but that the committee should consider looking into foreign land ownership in general.

After the committee returned from a recess for floor votes, Newhouse said he and Meng, at the suggestion of House Appropriations Committee Chairwoman Rosa DeLauro, D-Conn., had "a great conversation." His amendment, Newhouse said, was "not about calling attention in any negative way" to any group in the United States, but "about our country's national security." Newhouse said he would continue to work with DeLauro and Bishop in "perfecting it along the way" and urged a yes vote.

The Farm Service Agency issues period reports on foreign ownership of land. That report shows Chinese businesses or investors own 191,652 acres of farmland, of which 33,644 acres are cropland. Most of the acreage is designated as "other agriculture" at 147,211 acres. A large chunk of that land shifted to Chinese ownership when Smithfield Foods was purchased by WH Group in 2013. The report also shows another 55,615 acres also have Chinese investment in the property. 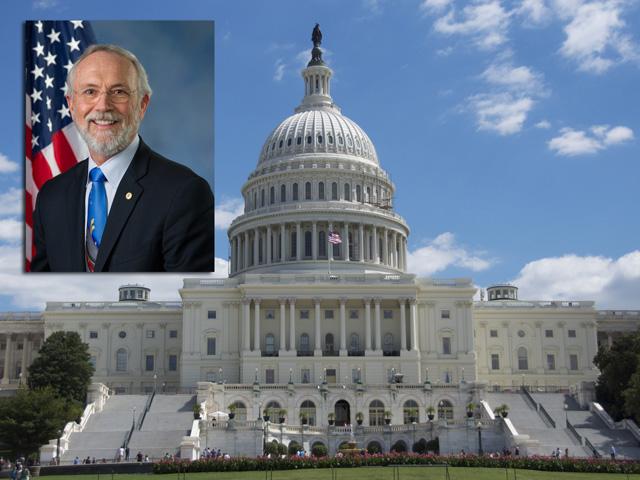