The VFD, implemented in January 2017, moved antimicrobials away from over-the-counter sales to prescription or VFD status. Production claims related to their uses as growth agents were removed from labels. The most recent numbers from the Food and Drug Administration (FDA), released about a year ago, showed decreased levels in sales and distribution numbers of "medically important antimicrobials approved for use in food-producing animals." Tetracycline numbers, for example, decreased 40%. Overall sales and distribution attributed to cattle dropped 35%; the same decrease was recorded in swine. The chicken industry led with a 47% decrease.

Mike Apley, veterinarian and professor of production medicine and clinical pharmacology in the College of Veterinary medicine at Kansas State University, says the FDA report seems to indicate a dramatic drop. But he says it's unclear how much of that was due to decreased authorizations for use and how much was due to stockpiling prior to the VFD's implementation.

"We've seen some uses back up from 2018 -- chlortetracycline, for example," he says. "It continues to be hard to put cause and effect on the changes without the details. We don't have the data. I am personally aware of those who have altered use practices due to the VFD, but as to what extent that has happened industrywide, we can't prove that without data."

The group says, as a result of this "greater transparency" and COVID-19's added pressure on the industry, there will be opportunities for new technology supporting livestock welfare moving forward. Specifically, they note probiotics, prebiotics and vaccines as strong in the area of disease prevention; bacteriophages for disease treatment; and probiotics and phytogenics for growth promotion. But antibiotic alternatives, they write, are at an early stage of adoption, and "uncertainty reigns."

Asked why there aren't more clinical trials to provide third-party reviews of potential therapies, Apley explains that while there is a suite of various products that might affect cattle immune systems and in some way boost disease resistance, these products only create part of the effect of one good antimicrobial. The cost to develop and approve these products runs into the millions, "and the bang for the buck, unfortunately, is not that of antibiotic use. Everyone has a press release that says, 'Here's the next greatest thing,' and, in some cases, we see small studies that seem to confirm efficacy. But there is difficulty showing that response on a larger scale."

Apley says we shouldn't take this to mean that none of the optional treatments work. They might. But they are going to be fighting an uphill battle in terms of acceptance.

Apley stresses that while he may look at treatment options with a critical eye, he has no doubts when it comes to the reality of antibiotic resistance.

In cattle with respiratory disease today, he says he expects to see a 70% to 80% positive response to treatment with a long-acting antibiotic given a five- to seven-day interval to respond. Those respiratory diseases in previously treated calves are resulting in a 5% to 10% death loss.

"We are seeing this play out right now in Canada, where they are using a predictive factor in dairy bulls to cull females against mastitis. We know today that health heritability is higher than we thought," he explains. "My hope is, eventually, when we look at EPDs, there will be one for health. But it will take a shift in mindset in some cases. If you tell a cattle producer to cull around something, you are essentially insulting that herd. You are telling him it's not perfect the way it is. So, it's almost like an intervention that has to happen. That said, I really do think looking to the future genetic selection is the key."

A grant project through the International Consortium for Antimicrobial Stewardship in Agriculture (ICASA) is currently looking at identifying potential cases of late-day bovine respiratory disease (BRD) in high-performing feedlot cattle, and it is possible a genetic role is at work.

The Noble Research Institute, a founding member of ICASA, reports it is a grant partner with Hy-Plains Feedyard, Veterinary Research and Consulting Services, U.S. Meat Animal Research Center and the Great Plains Veterinary Educational Center on this project. While the data is not in, one consideration going into the study was whether there is a genetic element.

Myriah Johnson, a former agricultural economics consultant at Noble, notes cow-calf producers have selected for high-performing cattle, and they are characterized by high average daily gain and improved feed conversion. They yield a valuable carcass based on carcass weight, yield grade and quality. But an increased incidence of BRD has been observed at 60 to 90 days in these high-performing cattle. Despite advancements in technology and genetics, morbidity and mortality continue to increase in the feedyard.

"Look at the success rate for the treatment you are using and the fatality rate. To do that accurately means you have to keep good records. It is amazing how many good decisions you will make when you have a good recordkeeping system to back them up," he says. "It's easy to just switch drugs when you feel things aren't going well, but if I start changing drugs up frequently, that impacts my ability to accurately evaluate, and ultimately improve on. my management system." 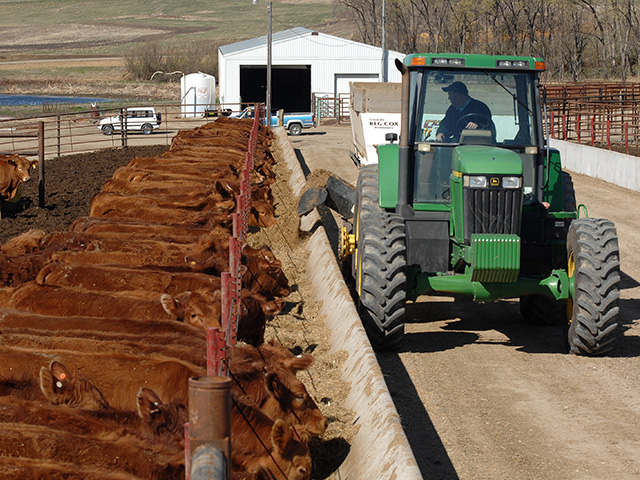