This time of the year some cow/calf producers will see calves exhibiting odd behaviors. They may press their heads, be blind, have trouble walking or get down and not be able to get back up. Kansas State University veterinarian and Extension specialist Bob Weaber encourages producers to consider the possibility that sulfur levels in supplements are to blame.

In a Beef Cattle Institute podcast, Cattle Chat, Weaber notes the odd behaviors are often due to brain swelling and what is commonly known as a sulfur-induced polio.

"We see it in groups of calves on supplements," he said. "Usually this is feed with high levels of sulfur, things like corn gluten, corn steep liquor from ethanol plants, distillers grains." Weaber noted while these are often good feed choices for supplementing cows, they can have high sulfur levels and be detrimental for young, developing calves.

"We have to recognize this nervous system problem can arise and also be aware of your water source. If you have a high-sulfur well, and you combine that with a high-sulfur feed you could be at risk to get into trouble," he explains.

Iowa State University's College of Veterinary Medicine documents polio in cattle, or "Polioencephalomalacia" was first reported in 1956, and initially thought to be exclusively caused by a thiamine deficiency. Today sulfur toxicity is also a known cause, as well as lead toxicity, salt toxicity, hypoxia and vascular damage.

Sulfur can occur in both feed and water, as Weaber cautions, so it's important to look at total dietary intake to evaluate risk. The College reports maximum tolerable dietary concentration of sulfur is 0.4% of a ration, on a dry matter basis. When animals are taken off feed with high sulfur levels, affected animals may recover without treatment if caught soon enough. 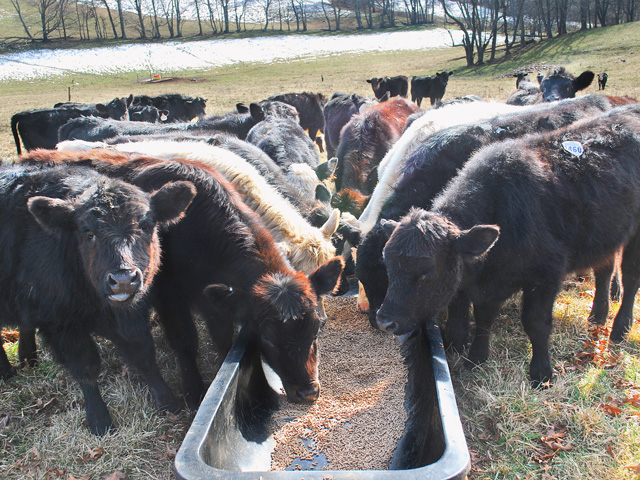