OMAHA (DTN) -- As Americans get ready to sit down for a hot Thanksgiving meal complete with turkey and all the trimmings, animal rights groups are crying foul, filing an official complaint against Cargill Inc., asking the Federal Trade Commission to force the company to withdraw its marketing claims on its turkey packages.

"Cargill misleads consumers into believing that its turkeys are raised on 'independent family farms' when they are, in fact, raised on large, corporate-controlled factory farms," the complaint said. Among the groups making the complaint are the Family Farm Action Alliance, Venceremos, Mighty Earth, Animal Equality, Organic Consumers Association, and Socially Responsible Agricultural Project.

"Consumers are growing increasingly concerned about the detrimental impacts that industrial animal agriculture has on workers, animals, and the environment. As more and more consumers seek to avoid products from factory farms, producers like Cargill have sat up and taken note."

In a statement to DTN, Cargill said it has worked to ensure its animals are treated humanely.

"Cargill conducts business in a legal, ethical and responsible manner," the company said.

"We believe the claims lack merit and are proud to offer our customers and consumers safe, wholesome and great-tasting turkey products they have come to know and trust. Cargill has worked with U.S. Department of Agriculture to develop an audited process-verified program for turkey production that exceeds all current governmental and industry standards and allows certain claims to be used on product packaging that utilizes Cargill turkeys."

The company said its turkeys are raised without antibiotics used for growth and are produced by independent farmers who are trained in animal-handling practices.

The groups asked the FTC to require Cargill to remove and enjoin the "misleading" marketing claims, as well as to "disseminate corrective statements" wherever used in marketing.

"Specifically, Cargill makes numerous representations that lead consumers to believe the turkeys used in its products are raised by 'independent family farmers,'" the groups wrote in a letter attached to the complaint.

"Cargill uses its 'independent family farmers' narrative to imply that the products have far-reaching benefits for workers, animals, and the environment. As set forth in the complaint, Cargill is egregiously misleading consumers with these representations, because the products are in fact produced on large, corporate-controlled factory farms."

"These representations are false," the groups said. "The industrial practices used by Cargill's contract farmers, which are mandated and controlled by Cargill, fall far below what reasonable consumers would expect based on the company's representations."

The groups said Cargill routinely "exploits both the struggling contract farmers who raise its turkeys and the slaughterhouse workers" in processing plants.

"Cargill's deceptive 'independent family farmer' representations are part of a sophisticated marketing strategy launched by Cargill at a time when a large and growing number of consumers are keenly interested in avoiding products from large, corporate-controlled factory farms."

The complaint said Cargill makes its "virtually impossible" for consumers to gauge the veracity of the company's claims.

"Cargill's representations amount to unlawful consumer deception in violation of the FTC Act," the letter said.

"In the spirit of FTC Commissioner Rohit Chopra's public commitment to combat such greenwashing, we ask the commission to provide oversight and enforcement to assist consumers in avoiding this deceptive marketing that seeks to unlawfully influence their purchasing behavior." 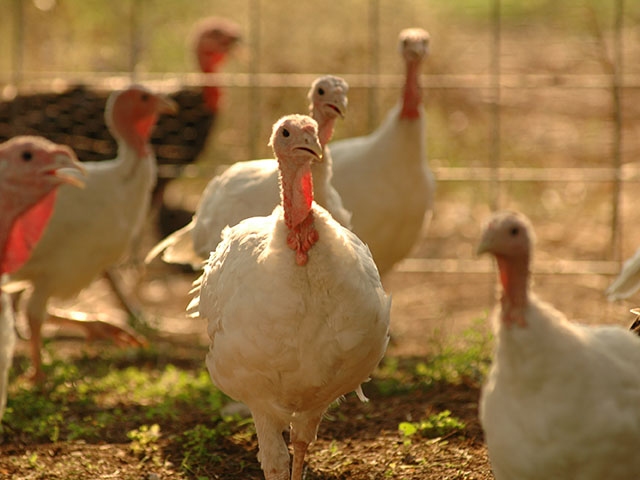