Between 2002 and 2014, beef packers operating income averaged a loss of more than $10 a head; but between 2015 and 2019, those net margins averaged over $100 on the plus side. Dustin Aherin says it is exactly this current trend of improved margins that makes a strong case for increased capacity.

Aherin, animal protein analyst for Rabobank, released a report, "The Case for Capacity", where he noted recent supply chain disruptions in beef packing and processing have amplified discussions around the need for more U.S. beef packing capacity. Why now?

"This may be the only time where we've seen packer profitability, incredible export market access, and increasing consumer demand for beef both internationally and domestically," Aherin said. He added the numbers he's basing his assessments on are pre-COVID, so the trend he's basing his review on was in place prior to 2020 and has only been magnified this year.

"This is a conversation the industry should be having, with or without COVID," he stressed.

Ultimately Aherin sees the packing sector playing a role in rebalancing cattle supplies, which is key if the beef industry is going to be positioned to grow over the long term. "If the U.S. can avoid major herd liquidation in the current cattle cycle, the beef industry will be well positioned to capitalize on growing global protein demand," he said.

An additional daily capacity of 5,000 to 6,000 head would go a long way toward restoring the lost balance between fed cattle supplies and packing capacity. And it would still allow for positive packer margins, although perhaps not as large.

How might this increased capacity impact the profitability of cow-calf producers, stockers and backgrounders? Aherin said there's little doubt it would be financially positive for those segments of the industry, as they supply feeders and packers.

"By helping improve the balance in the supply chain we would see more distribution of profit margins across all beef sectors," he said. Aherin noted this would not simply be due to more competition for animals, but assuming there isn't a major expansion on the cow-calf side of the business, a balance in supply and demand would lead to these improved price levels.

As herd expansion has outpaced packing capacity, shifting the balance of the production equation, packers have been strategically positioned to capture record margins in recent years. In 2019, Aherin reported, annual fed cattle packing capacity was about 26 million head. Compare this to an estimated 38 million head potentially entering the fed cattle population in 2019 (2018 calf crop of 36.3 million head, plus 1.7 million head of live imports).

What incentive would a packer have to expand if the result is less market leverage? Aherin said to be competitive he thinks existing packers are going to have to look at ways to implement new technologies and increase efficiency. For many that will result in increased capacity. But he anticipates more, smaller plants (1,000 to 2,000 head a day) may be built by new entrants to take advantage of future opportunities in the beef business. These plants will be a size that allows them to be more responsive actors between suppliers and consumers and capitalize on things like branded programs. In many cases, he noted, we will potentially see partnerships between feeders and perhaps even large producers across the country who are willing to get into the packing business together.

New plants, he conceded, are very expensive. Industry sources estimate a new plant costs $100 million to $120 million for every 1,000 head in daily capacity.

"The capital depth and longevity required to build and maintain a new plant through its first cattle cycle precludes most would-be investors from considering such a project," he reported. "If a packing plant project is initiated at peak cattle numbers when packing margins look favorable, it's likely the cattle cycle would turn over in the multiple years required to build the plant, meet regulatory requirements, and start harvesting. And the new plant would have to operate with tight cattle supplies and negative profit for its first few years of business. That's not a recipe for thin capital or weak hearts."

"I also don't want to discount small local lockers," he noted. "In 2020 there have been obvious opportunities for those operations, and they have been a great way for producers to do direct marketing in their local areas. I think we'll see some of that continue moving forward, but at the end of the day those local lockers don't have enough volume to impact the industry as a whole. That's where we need to look at this increase in overall capacity." 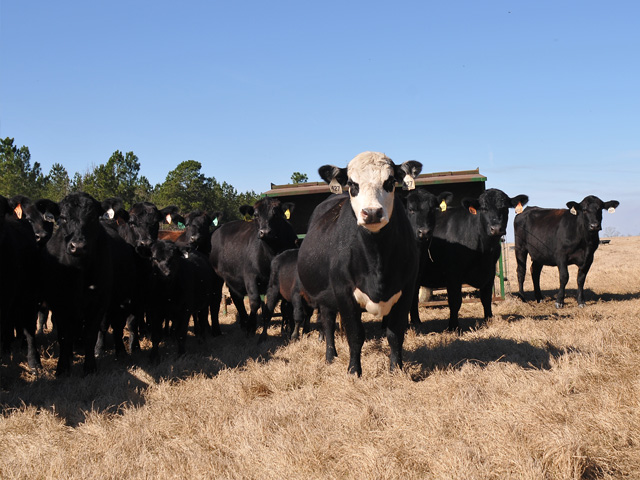