There are a few headwinds ahead as cattle producers wrap up 2020 and look ahead to the 2021 marketplace. Despite the challenges, though, price projections are moving in the right direction--up.

Kevin Good, CattleFax vice president of industry relations and long-time analyst, provided a new cattle industry outlook at a webinar sponsored by the American Feed Industry Association. He noted that after five years of expansion, when 6.2 million head were added to the total cattle inventory, 2019 and 2020 were years of liquidation for the U.S. cattle herd. Over this time an estimated 400,000 head will be withdrawn from the herd.

"Cow slaughter is up about 3% year-to-date, and we are not keeping back as many heifers," he said. That percentage represents more than 61,000 head. "The cow herd for 2021 will be smaller. We think values will be better however. The main drivers moving forward are going to be gain and efficiency."

How much smaller? CattleFax projections for 2021 anticipate 300,000 fewer beef cows. In addition, the U.S. feeder cattle and calf supply, outside of feedlots, is down this year compared to 2019—a reduction of about 220,000 head.

Drought has been a key reason for much of the reduction, said Good, who noted that September on-feed numbers were historically large in Nebraska, Colorado, Kansas and Texas—all areas where drought has continued to be an issue in 2020.

On the whole, the industry is usually up about 3% in October when it comes to cattle on feed, but this year Good noted there exist year-over-year increases in these major feeding regions. He said these are "historically big supplies". Placement patterns are still struggling to get back to normal in the wake of plant closedowns as a result of COVID-19, but Good reported they have exceeded year-ago levels since June and were up 410,000 head in that timeframe.

"Back in March and April we could not harvest, ship or place cattle. We had a huge decline in placements, and we had to carry them. In the last four months we've seen bigger placements as this clears up. Available supply of feeder caves and cattle is now down a couple of thousand head, so we are starting to transition. Over the next six months we'll see those feeders flush through feed yards and we'll get to more cyclical supplies."

Meanwhile, the industry continues to struggle with the fact that price leverage for cow-calf producers and feedlots has been lost to packers, due to a loss in harvest capacity. Good noted this trend started in 2016 and 2017; by 2018 actual weekly average slaughter numbers exceeded capacity. That gap has only grown since then, and in 2020 he says capacity will be at 490,000 head per week, while actual weekly averages are at 507,000 per week. That is in a 40 hour kill week.

"From 2005 to 2015 there were fewer cattle than capacity, so the packer had to bid up to be more competitive. Since then increased supplies and reduced capacity mean producers are getting a smaller piece of that pie. We either need less throughput, or more shackle space, to get that leverage component back in line," noted Good.

Where does all this leave prices moving in 2021? Good believes the market will transition back and from some point start to trend. This year he's expecting an average price of $1.09 to $1.10 per pound; next year that will be slightly improved at $1.15 per pound. (Daily cash fed price Kansas)

Lastly, Good noted continued high demand for beef is a signal to the industry that consumers want the better quality they are now receiving from producers. Quality and consistency improvements have been impressive, with a consistent upward trend since 2013. In 2020, 83% of U.S. beef graded prime and choice. In 2013, that level was 67%. 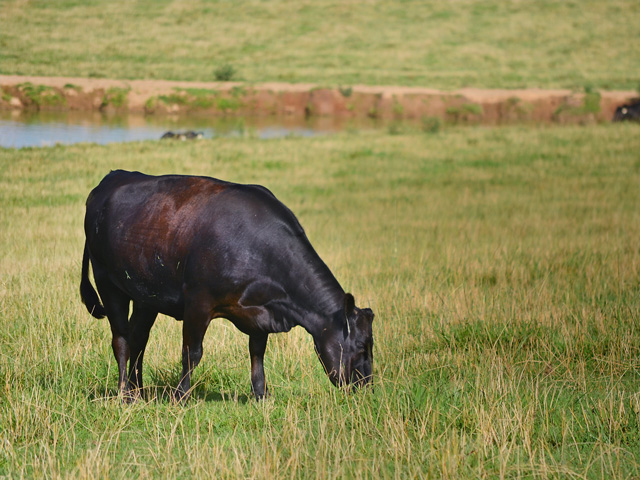