OMAHA (DTN) -- USDA asked for input and received a mixed response to a proposal to require radio frequency identification, or RFID tags, to be the official tag for interstate movement of cattle, following the end of a 90-day public comment period on Monday by the Animal and Plant Health Inspection Service.

The now-closed comment period asked for input on a proposal to conduct a rulemaking to require RFID tags on cattle and bison that are: (1) sexually intact at least 18 months of age; (2) used for rodeo or other recreational events, regardless of age; (3) used for shows and exhibitions. On the dairy side, those animals affected include all female dairy cattle and all male dairy cattle born after March 11, 2013.

The proposal is designed to help APHIS efforts to expand animal disease traceability. Final implementation of the traceability program begins Jan. 1, 2023, when RFID ear tags would be required.

The Ranchers Cattlemen Action Legal Fund United Stockgrowers of America, or R-CALF USA, filed a lawsuit on Oct. 4, 2019, challenging USDA's previous proposal to require the RFID tags through agency guidance instead of by rulemaking. The lawsuit still is pending.

The APHIS proposal drew more than 800 public comments to regulations.gov.

Brad Peek, general manager of Shasta Livestock and Western Video Market in Cottonwood, California, said in public comments he has concerns the requirement could affect commerce.

"While we appreciate the idea of making animals more traceable with the ADT rule, it is the speed of commerce, additional labor/costs and stress on animals that concern me," he said.

"As for the speed of commerce, it is imperative that this stays with only those cattle covered by the current existing rules. It is my hope that this is not a prelude to include feeder cattle under 18 months of age in the near future. Until our producers and government can get a handle the current rule, it is of no use to add more requirements to more animals."

Peek's family owns and operates Shasta Livestock Auction Yard in northern California that sells around 80,000 head per year primarily from California, Oregon and Nevada. Peek's family also is majority owner and the management team of Western Video Market, a satellite and internet video auction company that markets more than 300,000 head from 15 states in the West.

In addition, Peek outlined in comments a number of other issues with the RFID tag proposal.

"As marketers, especially at the auction yard level, it seems we are always the bad guys that have to enforce the rules and what we end up doing is running off our own business," he said.

"We do not want to be a tagging station for those who have not previously followed your rules. It is not fun or profitable. We have to charge the customer for the tag and service and increases our labor costs. It is also an animal welfare issue as every time you must put an animal through the chute it causes stress, shrink and potential for injury."

Peek said based on his experiences the use of ultra-high frequency, or UHF, would be the best technology if APHIS implements the requirement.

"We were involved with a California pilot project with UHF and it was successful with much, much less stress on cattle and much less time consuming," he said.

"I believe that the government should supply the readers of this technology to marketing agencies. There is a very low margin of survival for many ranchers and marketers in this current climate, even before the disaster of COVID."

On the final day of the comment period, the National Milk Producers Federation submitted comments in support of the proposal.

"A national animal identification system can provide immediate access to relevant information in an animal disease or food safety crisis that could endanger the entire dairy chain, while protecting farmers' privacy."

Dan Robb, a veterinarian with the Michigan Department of Agriculture and Rural Development, said the state of Michigan has had success with its RFID tag program for cattle in recent years.

"Here in Michigan it has made the task of tracing TB-exposed (tuberculosis) animals go from months to just a few days," he said in comments.

"RFID does have its limitations. The current form of the tags easily snags on round bale strings left on the feed. The strings act like saws and cut out many tags. Once the original tag is lost most of the traceability is gone. Furthermore, RFID as an official ID would need some sort of standardization so that equipment used to read the numbers could work universally."

"APHIS should remain technology neutral to allow the industry to determine which technology or technologies will best serve the industry and deliver the data that is required for traceability," he said.

The Montana Farmers Union said in its comments it supports a traceability program but is concerned cattle producers will bear the costs to implement a program.

"The rule change that is now being proposed would shift the cost of herd traceability from the USDA/APHIS to the producers and handlers of livestock," the Montana Farmers Union said.

"This is a drastic change and is wrong. Why should producers and handlers be forced to pay for the benefit of all of society?"

Nephi Harvey, owner of Fort Supply Cattle Company in Kaysville, Utah, and Robertson, Wyoming, said he has concerns APHIS is not attempting to remain technology neutral in implementing a program.

"The recent purchase of 8 million tags by USDA without even an RFQ (request for quotes) for UHF tags is viewed by many in the industry as blatant support for the two big vendors and their lobbying efforts -- Allflex and Datamars -- while ignoring the industry needs," Harvey said in comments.

"If it were technology agnostic under the current rules, equal parts LF, UHF and yes, even metal clip tags would have been purchased. Furthermore, if an effective traceability system is going to be in place, a more effective system to qualify new tags needs to be immediately implemented. The current system is restrictive both in terms of cost and time to get a simple piece of plastic and copper into the ear of cattle." 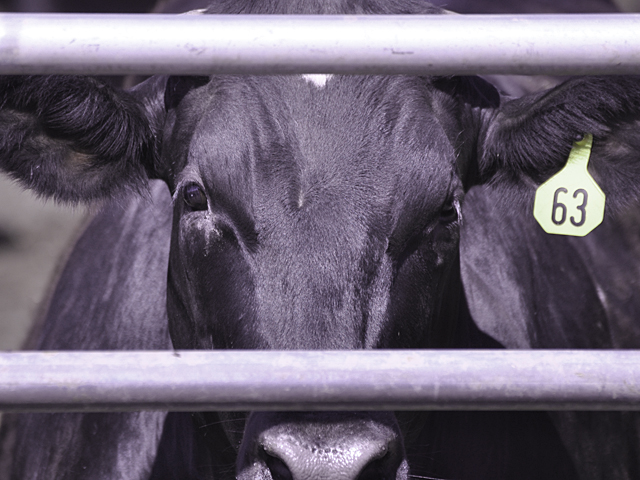