Need real-world performance information on prospective bulls? It's everywhere today. Sales catalogs are crammed full of expected progeny differences, commonly known as EPDs, as well as genomically enhanced (GE) EPDs and a bull's actual performance data. If that isn't enough, go online to a breed association's website, and there's more data. It's overwhelming for many producers.

Even a confessed numbers fanatic and longtime seedstock breeder such as Donnell Brown agrees there can be too much information. The producer is based at his family's R.A. Brown Ranch, in Throckmorton, Texas, where they sell four types of cattle: Angus, Red Angus, SimAngus and Hotlander (a four-breed composite the operation developed in the late 1980s.) That's a lot of data for anyone to manage.

Brown pulls out a sales catalog and points to a single bull's listing, noting, "there are 148 data points on this animal. Sometimes I get data overload. A lot of our customers do, too."

That's where indexes come in. Brown calls them the "CliffsNotes" version of selection data. Indexes put together multiple traits and assign an economic value to them. Just choose the one or ones that best fit your business and long-term goals. Done. While selection indexes vary from breed to breed, there are usually three main types: maternal, terminal and all-purpose.

MATERNAL. A maternal index generally includes traits such as calving ease, milking ability, growth until weaning and mature size. It's designed primarily for those producers who sell calves at weaning and keep their own heifers for replacements.

TERMINAL. The terminal index emphasizes calf growth from weaning through the finishing phase, as well as carcass traits. Producers who retain ownership on calves and don't keep replacement heifers will want to study this index before placing a bid on that next herd sire.

ALL-PURPOSE. Producers who retain ownership but also want to develop replacement heifers will find the all-purpose index most useful. It includes maternal, feedlot and carcass traits.

Commercial producer Lee Brown appreciates the help these indexes provide. "I'm not a statistician or a geneticist. I look at dollar beef [$B]," says the Comer, Georgia, cattleman. The $B is a terminal index from the American Angus Association.

Lee Brown's use of the $B index separates him a bit from the norm. This was the first year the producer retained ownership on his Angus and Angus-cross calves. He keeps his own replacement heifers, as well. So far, he's feeling positive about his use of the $B index.

For starters, his girls are already doing their job. They're weaning 550-pound heifers and 650-pound steers off of natural service. For embryo transfer (ET) cows in the herd, used to carry calves under contract for a seedstock producer, those weights are 100 pounds heavier for both sexes. They also do well in the fertility department, 92 to 94% breed in a 75-day fall-breeding season across all females.

Since he keeps his own heifers, Lee Brown does study specific EPDs. He looks at a combination of Calving Ease Direct (CED) and birthweight, keeping around breed average. He also wants breed average on milking ability. The most important trait he watches isn't in an index, though. It's correct structure.

"I want them sound on their feet so they can travel," he says. "Otherwise, they won't have any longevity."

As the calf crop reaches weaning, Lee Brown says he appreciates how the postweaning aspect of $B kicks in during preconditioning.

"You may not make a lot of money preconditioning, but you sure learn a lot about your cattle," he says. His herd calves normally gain 2 to 2.5 pounds a day on good grass combined with 5 to 6 pounds of feed per head per day.

Besides making selection less complicated, University of Kentucky animal scientist Darrh Bullock says indexes provide good results. He cites a field study done by Gardiner Angus Ranch, Top Dollar Angus Inc., Triangle H Grain and Cattle Co., and Zoetis. The study, which looked at $B, focused on two groups of cattle. The low group was sired by Angus bulls that averaged $47 in $B. The high group was sired by bulls averaging $141 in $B.

"They took these cattle all the way through the feedlot and got carcass information, as well as the actual values of the cattle on the back side. Based on $B, there should have been a difference of under $200. The actual difference was over $200," Bullock says.

"It appears you can do a pretty good job of predicting some of these economic outcomes using $B. Indexes can work for you," he adds.

Texas rancher Donnell Brown adds indexes take market changes into account. For example, he states, "Even if the price of corn goes up, and the price of cattle goes down, changes occur; but it is amazing how consistent multi-trait selection indexes are in identifying the better cattle."

Bullock explains it's still important to do your homework. If the sale catalog doesn't tell you which EPDs are included in an index, call the breed association and find out.

For example, a producer may plan to use a bull for a terminal cross, in which case a terminal index should be used. However, if the bull is for breeding heifers, make sure the index includes an EPD for Calving Ease Direct. If it doesn't, use the CED EPD in addition to the terminal index to make a selection.

Bullock adds the beef industry is still working on EPDs for traits like fertility and feed efficiency. This means indexes will only get better over time at describing differences in long-term profitability for cattle producers.

"You have to have a plan," Bullock stresses. "There is no use in doing any selection if you don't have a road map in front of you. Breeding objectives are the road map, and they depend on management, how you're going to market calves and environment."

When it comes to his own breeding objectives, or those of his customers, Texas' Donnell Brown says, "Selection indexes are the most valuable tool we have to help us make more right decisions than wrong ones." 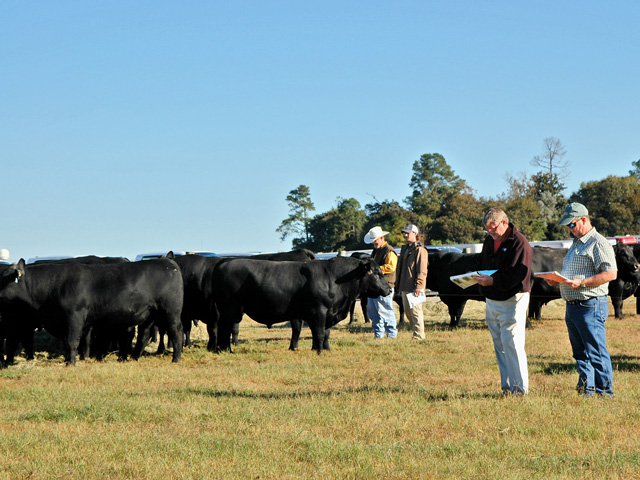