Even with all its ups and downs, the 2020 cattle market likely has some opportunity left in it for many cow-calf producers across the country.

Derrell Peel, Oklahoma State University Livestock Marketing Specialist, reports the futures markets are looking positive, and with that there are some added options for producers to turn a challenging year into a profitable one.

Asked to forecast the market, Peel noted he's been "pretty impressed over the last few weeks with the way these markets have improved. We have a consistent signal across the industry right now, which is very good."

Two areas he says cow-calf operators should pay close attention to right now are their cow culling decisions and retained ownership of calves.

Early weaning decisions can create more options in drought-hit areas, allowing producers to make culling decisions earlier rather than later when it comes to cow herds. "If you pull calves off now because forage resources are low, it makes sense to do some early culling" he said.

Before timing out cull sales, however, it's important to consider trends. Cull cow prices are traditionally one of the most predictable parts of the cattle market year over year.

CattleFax analysts recently released a report looking at this trend and factoring in COVID-19 disruptions to the cull cow market. They noted it's probably a bad idea to sell culls on the fall spot market, and depending on the operation said there may be an opportunity found in holding culls through what is traditionally the low-end of the cull market, which the 20-year index puts in the October through December timeframe.

CattleFax reported in August that using the recent peak of $69.46/cwt basis, a fall low of $51 to $55 is not out of the question on utility prices.

This year, drought pushed many producers to wean early, and as a result more cull cows have likely already found their way into the market. For many operations holding onto culls puts unnecessary pressure on pastures and resources through the winter. It's important to recognize, however, that every operation is different, and for those that can hold cows and add 100 pounds before selling in February or March, have over the last 20 years seen the market pay an average of $141 per head for producers to feed those culls an extra 3 to 4 months. That comes down to a breakeven cost of gain of $1.41 per pound. So crunch the numbers, because the odds may be in favor of holding a cull now that the market is trending down.

Also factor in the possibility of retaining ownership of calves this fall. Oklahoma's Peel believes the practice could well lead to some increased profits, depending on how long they are held and what resources are available. The key is to look at cost, versus sales opportunity.

"Evaluate retained ownership or decide to sell now," he said. "Short backgrounding could pay off. The market looks pretty positive; the futures are strong right now. Here's an opportunity to do some risk management."

He says producers can look to futures as an indicator of where the markets may end up and use that information to help in making these decisions. Key is to consider price and availability of supplemental feeds and grazing in the area. 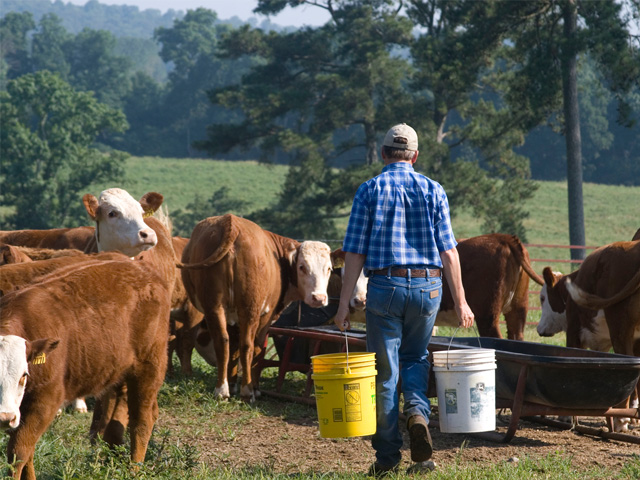