This year, instead of planting cowpeas and buckwheat, which tend to die after the first frost, he is experimenting with radishes and turnips—both are hardier. He says the couple of extra weeks of grazing he expects to see will be a big bonus.

Recker, a retired John Deere engineer, started his agronomic research business—Cedar Valley Innovation—as a way to give back to farmers who feed him and the world. He's constantly experimenting with row width, seed population and other production methods with volunteer cooperators to economically increase corn production.

In Recker's initial tests, the 60- and 30-inch corn yielded the same—230 bushels per acre. The addition of the cover crops added to soil health, helping build organic matter, improving water infiltration, sequestering nutrients and providing a feed source for cattle after the corn is combined.

Cover-crop biomass is certainly higher when inter-seeding into 60-inch corn rows over 30-inch rows. In the PFI studies, 3,776 to 4,225 pounds of biomass were produced per acre, depending on the cover. Those they looked at included mixes of cereal rye, cowpeas, annual rye, buckwheat, guar, mung beans, sunn hemp and rapeseed. 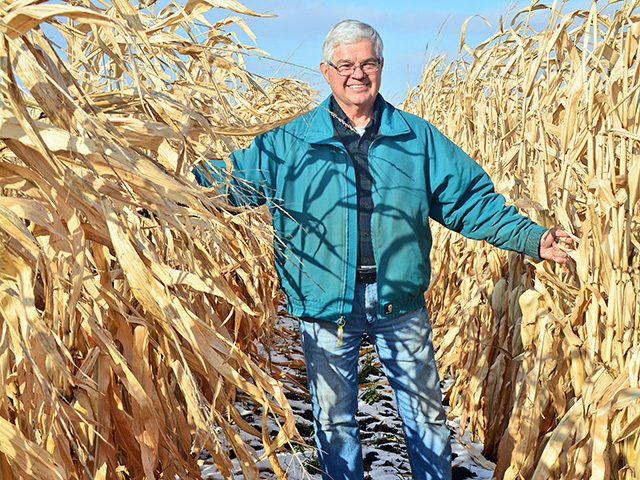