Everyone plans for a good, heavy calf come sale time. Many invest in proven genetics to get them there. But a common, infectious disease can cut those pounds significantly, along with profit margins. Most folks simply call it "pinkeye." It's not so simple though.

"These include increased labor, the cost of antibiotics, decreased weaning weights and decreased price paid at market for animals with scarred eyes" he says.

A NDSU study reported calves affected with pinkeye weighed 35 pounds less, 260 days post-weaning, when compared to noninfected calves in the same herd. And that was just the loss from an infection in one eye. Where both eyes were infected, the calf weighed 47 pounds less. In addition to selling fewer pounds, cattle producers also will see discounts for scarring on the eyes of cattle that have suffered from pinkeye.

Affected animals tend to have teary eyes and inflamed conjunctiva -- a reddening of the white of the eye surrounding the iris. In addition, Brett Webb, director of the NDSU Veterinary Diagnostic Laboratory, says animals squint, have an aversion to bright light and may have ulcerated cornea. "The disease," he adds, "usually lasts several weeks, but it may last a month or longer."

While pinkeye is contagious, it can also be managed. Depending on the strain of bacteria causing pinkeye (the most common being the bacteria Moraxella bovis) commercial vaccines may be effective. But because they provide protection only against a few pathogenic strains, Stokka notes they will not be 100% effective.

It's important to isolate the strain(s) affecting a particular herd to treat pinkeye properly. If commercial vaccines don't contain the right pathogenic strains, the herd veterinarian can help with autogenous vaccines specific to the bacterial strain(s) in the herd.

When it comes to treatment, long-acting antibiotics are often successful. One recommendation calls for treatment of the entire herd if more than 10% to 20% of animals are affected.

Often, however, a few simple management adjustments can keep pinkeye out of the herd altogether. Navarre reminds cattle producers that anything that depresses an animal's immune system can give pinkeye an entry to the herd. This may include stress and/or deficiencies in protein, energy, vitamins (especially Vitamin A when forage is low quality), and minerals (particularly copper and selenium). Pinkeye can occur anytime, in any breed, but it's more common she notes, in the summer and in cattle with no pigment on their eyelids. It's also more common in calves.

Proven practices to reduce incidence of pinkeye, include keeping grasses cut, avoiding close confinement, and controlling face flies. Tall grasses can scratch and irritate eyes, as can a lot of dust. This leaves eyes more open to bacterial infection. In addition, avoid close confinement or crowding at feeders. And at the top of the list, manage face flies, which carry the infection from animal to animal. 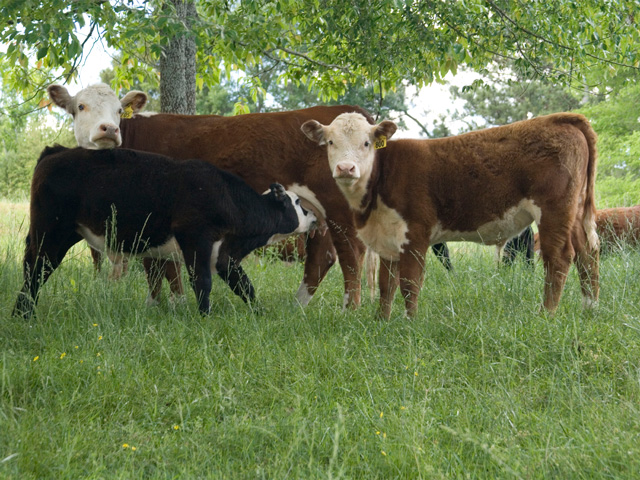