OMAHA (DTN) -- As agriculture continues to grapple with the fallout from the COVID-19 economic shutdown, recent reports suggest the industry will see financial pressure for the remainder of 2020.

The number of farm bankruptcies continues to rise and a struggling livestock industry is putting increasing pressure on loan portfolios, both adding to concern about the farm economy.

Farm bankruptcies grew by 8% with 580 filings from June 2019 to June 2020, according to an American Farm Bureau Federation analysis released on Tuesday. AFBF said the number of new Chapter 12 filings slowed during the first six months of 2020 compared to the same time period in 2019.

The Midwest, Northwest and Southeast were hardest hit, according to AFBF, representing about 80% of all filings. Wisconsin led the nation with 69 filings, followed by 38 in Nebraska, and 36 each in Georgia and Minnesota.

AFBF Chief Economist John Newton said the six-month decline in Chapter 12 filings probably reflects the virtual nature of filing during COVID-19 and the federal funding for farmers and ranchers through the CARES Act. As of Aug. 3, $6.8 billion in Coronavirus Food Assistance Program payments have been delivered to farmers and ranchers.

"CARES Act assistance was also a bandage that slowed the bleeding on many farms," he said, "but those protections will soon expire. Without more help we could expect to see filings begin to rise again."

A University of Illinois Department of Agricultural and Consumer Economics analysis on Tuesday showed farmers in central and northern Illinois are expected to see considerable losses on corn and soybeans.

On average, those farmers can expect to lose about $30 an acre on corn in 2020 and $75 per acre in 2021, according to a balance sheet from the department.

Those estimates are counting CFAP and other government aid.

When it comes to soybeans, the University of Illinois' balance sheet shows farmers in central and northern Illinois can expect to make about $19 per acre in 2020. In 2021, however, they are projected to take a $50 per-acre loss.

Shutdowns in meatpacking plants during the COVID-19 outbreak this spring, as well as reduced consumer demand for meat, are expected to put added pressure on agriculture balance sheets in general.

"Developments in the supply chain are important to the agricultural sector, in part because the livestock sector accounts for a large portion of the U.S. farm economy," the KC Federal Reserve said.

"The livestock industry accounts for more than 50% of total farm revenues in the Unites States, and cattle and hogs make up almost half of all livestock revenues. Moreover, some regions of the United States are particularly concentrated in livestock and meat production. For example, the Midwest and Great Plains account for 65% of U.S. cattle production."

The KC Federal Reserve reported expanding financial difficulties for livestock producers "could add to stress in agricultural lending portfolios that already had increased before the pandemic."

The report said farmers and ranchers in the Federal Reserve's 10th District including Colorado, Kansas, Nebraska, Oklahoma, Wyoming, and portions of western Missouri and northern New Mexico, have continued to see a decline in income and loan repayment rates.

The KC Federal Reserve collects information on expected changes in loan repayment rates for specific types of farms, including livestock operations at the end of the third quarter.

"Prior to the outbreak of COVID-19, agricultural lenders in the 10th District already were more pessimistic about credit conditions in the livestock sector," the report said.

"Moreover, according to information gathered at the onset of developments related to COVID-19, farm income and loan repayment rates declined at a faster pace than in recent quarters.

Conditions in the livestock sector continued to deteriorate in the second quarter alongside developments related to COVID-19, and the disruptions could put more pressure on farm finances and farm lending portfolios moving forward."

The COVID-19 shutdown at meatpacking plants and a reduction in production capacity once they reopened, led to an oversupply of animals. As a result, more than 3 million animals have been euthanized.

"A euthanized animal is a loss to the producer, both in unearned revenues and direct costs associated with the euthanasia," the KC Federal Reserve report said. "Government payments appear likely to offset revenue losses somewhat, but depopulation is still a financial strain for livestock producers.

For cattle, prices began falling in February and have yet to recover to pre-COVID levels. Prices for hogs increased somewhat in May but declined sharply in June. In addition, quantities of cattle and hogs sold were likely lower than a year ago due to reduced capacity at packing plants, resulting in lower revenues in the livestock industry.

A University of Missouri Food and Agricultural Policy and Research Institute forecast in June said livestock revenues could decline 8% in 2020 as a result of the COVID-19 shutdown.

"Amid disruptions related to COVID-19, prices for cattle began to decline in February, and by the end of April had declined more than 20%," the KC Federal Reserve report said. "Prices for hogs were slightly stronger in February and March but also declined sharply in April." 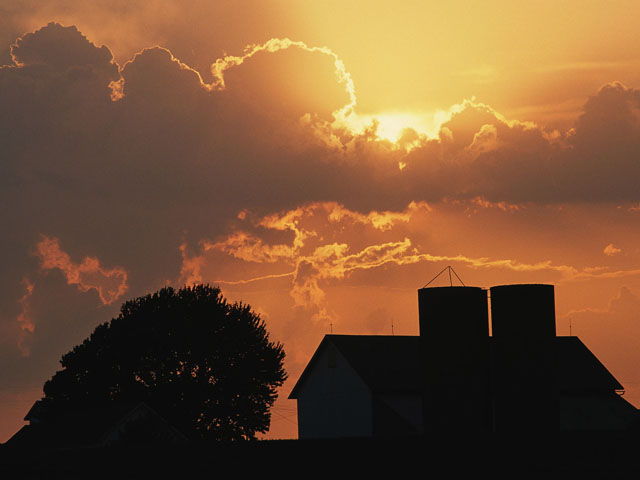