Cattle producers from one end of the country to the other are convinced their markets were long-ago hijacked by the "Big Four." Namely, they blame Cargill, JBS, National Beef and Tyson—who collectively control more than 80% of the U.S. slaughter market for beef—for pricing inequities.

In late January when the U.S. Health and Human Services declared COVID-19 a public health emergency, Choice boxed beef cutout value was $215.32 per cwt. By mid-May, that price was reported at $475.39 per cwt—a $260.07 per cwt increase. Producers, however, during the first quarter of the year saw prices fall for feeder cattle. By June, many were essentially forced to hold calves longer as sale barn reports pointed toward a range of $135 to $145 per cwt on 600-plus pound calves. The futures market looking to August was an anemic $95.6 to $96.9 per cwt on live cattle as reported by the Chicago Mercantile Exchange (CME).

Veteran cattle producer Bill Yancey markets about 140 calves each year. He is based at Prairie Grove, Arkansas, and often sells at the Joplin regional sales barn. He notes that regardless of what feedyards may or may not need to buy, calf prices always follow futures.

As a result, Yancey says he is increasing his use of sales by video auction and is maximizing values on his calf crop with NHTC certification (Non-Hormone Treated Cattle). He still thinks, though, he and others would benefit from more price discovery.

"Packers are making money hand over fist, and our side of the industry is shrinking. I guess I'd be for a mandate to force them to buy a percentage of cattle on the cash market, but the devil is in the details. I don't like government intervention, but at this point, who is going to look out for the cow/calf producer?"

DTN livestock analyst ShayLe Stewart agrees with Yancey. She comes at the issue from the perspective of both a cow/calf producer and a professional market analyst. She lives and raises SimAngus cattle with her husband, Jimmy, in Cody, Wyoming. Stewart has long held the position there's an unfair advantage when feeder cattle sell in a competitive market yet fat cattle sell in what is essentially a noncompetitive market.

Stewart notes the degree of discrepancy depends on the region in which a producer sells cattle. Northern producers, for example, see more participation in cash markets (more than 50%), while in the South, as little as 7% of sales are typically in cash trades.

Peterson says: "The Livestock Mandatory Reporting program will expire Sept. 20, 2020. As Congress and industry stakeholders work together on needed changes to the program in the months ahead, we expect this [Grassley] bill will play a large role in our conversations."

Peterson adds USCA has made price reporting a key emphasis for more than 10 years.

"When we look at the fundamentals of the cattle market, there are just screaming differences in boxed beef prices and what producers are being paid," Peterson explains. "Let's look at this and ensure the fundamentals are better aligned for the industry. You have to have a certain minimal number of cash trades to base a market on and to reflect a true value for cattle. We don't have that right now."

Peterson says price reporting modifications are possible every five years, so he isn't looking at the Grassley bill as a piece of stand-alone legislation that, once put into place, would never be touched again. There would be opportunities to refine it as needed to ensure it is working as it should for everyone.

It's especially important, he adds, that cattle contracts become less challenging for those taking long positions in the market. Cash market transparency is key to accomplishing this. "The CME [Chicago Mercantile Exchange] has tried to work with us, and I know they are actively looking for solutions. CME wants to make sure the cattle contract is working properly," he says.

"Our biggest concern is not the impact on the packer but on the producer," he stresses. "I'm in an area where I deal with the negotiated cash trade daily for our family feeding operation. We are probably the highest in negotiated trades in the country. But, if there is a government mandate that the big packers have to buy 50% of their negotiated trades on a cash basis, we are concerned producers using formula pricing may face a situation where the packer can't give you a bid because he's maxed out on the amount of formula trade purchases he can make for the period, and you have to go to the cash basis."

"I think we would be taking away options," he insists. "The seller would be limited on how they could sell, and that could be really disastrous."

A better long-term solution to thin cash markets, Wilkinson believes, is encouraging more regional packers with increased capacity. This, he says, should be the goal as opposed to a government mandate.

Bill Bullard, chief executive officer of the group that built a reputation on support for mandatory country-of-origin labeling, says they have wanted to see Grassley's bill adopted since 2002.

"We worked with Senator Grassley to introduce the first version of this legislation," Bullard says. "We recognized back then the meatpackers were systematically shifting large volumes of cattle out of the cash market and placing them into their captive supplies where no cash discovery occurs."

Bullard believes the cattle industry has a dysfunctional market, and he calls the current bill "triage" to preserve the integrity of cash markets. He says the COVID-19 pandemic put a floodlight on how broken U.S. cattle markets are.

Asked if a less drastic fix is possible, such as elimination of confidentiality agreements regarding prices packers pay, Bullard says it won't be enough to solve the market's problems.

"We've argued against those guidelines, which were put into place shortly after the livestock reporting act was passed," he says. "Today, Colorado, thanks to these rules, doesn't even report prices due to that overly restrictive requirement. But, we have gone too far. Just eliminating confidentiality agreements won't restore lost bargaining power between producers and meatpackers."

EDITOR'S NOTE: At this crucial time in the history of the American cattle producer, let your voices be heard. Contact your preferred representative organization, reach out to Sen. Charles Grassley's office, your representative, feeders and buyers. Tell all those in power positions what you think and why. For more details see other stories in this package, including: "Another Choice" and "Losing $35 A Head." 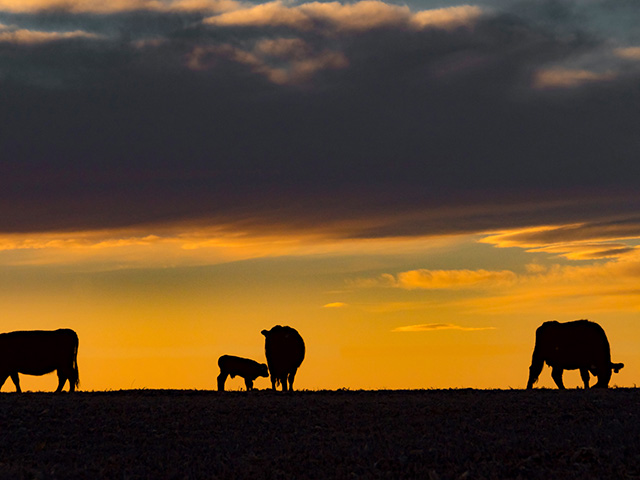