There are ways to have more price reporting without a government mandate or adding costs to cattle procurement. Known simply as "blockchain technology," many leaders in the cattle industry believe it's a viable option today.

Veteran Texas cattleman Bill O'Brien describes blockchain as "a public ledger of all transactions that are executed in a particular market." He believes the industry's focus on the Grassley bill is misplaced, and that it could lead to more confidentiality around pricing.

"People will figure out all kinds of ways to game the system, and pretty soon, we will find we've not accomplished anything except create an environment where there are a bunch of subdeals, and no one knows what anyone is paying," he says.

O'Brien, owner and manager of Texas Beef, based at Amarillo, markets more than 200,000 head of cattle each year. His ties to the cattle business run deep, going back to the late 1800s, when his grandfather moved to the Texas Panhandle from Missouri.

He recalls in the early days of commercial cattle feeding, the industry started selling everything FOB (Free on Board) from the feedyard for seven-day delivery. All the packers would bid, and that was it. Today, there are many more ways to sell cattle, but O'Brien says few are being properly reported.

"We're selling on negotiated grids, live FOB, delivered, basis futures, formulas, the list goes on. We've got a lot of ways to sell cattle. The problem is that mandatory price reporters simply don't know how to parse all those transactions into an understandable form. We are using arcane reporting methods."

With blockchain, O'Brien says the cattle industry would not have to rely on mandatory price reporting. A longtime proponent of the technology, he notes there's an important connector: the RFID (radio-frequency identification) ear tag. This is how blockchain tracks cattle and the data tied to individual animals when ownership changes.

"Whether it's one head, 100 head or 100,000 head, there's a price point, and there's a weight, and it's reported with blockchain. What could be better for understanding the market than every time cattle change hands in real time, you are able to see that? It's data-based management, it's not expensive, and we have the capability to do it right now."

Asked about producer confidentiality in such a system, O'Brien says the way he envisions the system, this would not be an issue. "In my proposal, the only right the government would have would be to go in and trace a diseased animal in the event of an outbreak. And, if that happens, wouldn't it be better to be able to immediately pinpoint where the animal came from and where in the system it has been?"

The other common concern when it comes to blockchain is the $1 to $2 cost of the RFID tag. It's a nonissue, O'Brien insists.

"What no one wants to acknowledge is that with RFID, we open U.S. cattle to new export markets and new branding opportunities. If we're truly looking for transparency as opposed to mandates, this is where our leadership needs to be focused." 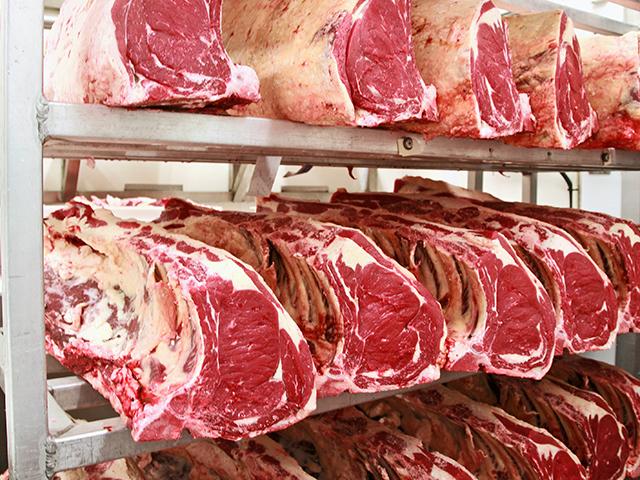