Better pregnancy rates using fixed-time artificial insemination (AI) have been found in a large-scale study at the University of Missouri. The protocol, which is being called the "7 & 7 Synch", brought 82% of cows into heat before a timed-AI service; compared to 64% using a standard 7-day CO-Synch + CIDR.

Eleven beef cowherds and more than 1,500 cows are the basis for this finding, in work done over the past 2 years by a team of graduate students and Extension specialists. Jordan Thomas, an assistant extension professor in animal sciences, headed up the team that worked on this project.

"Pregnancy rates with this new protocol are exceptional," said Thomas. He noted the timed-AI field trail covered two states and five operations. Asked to describe the protocol, Thomas declined to give specifics other than to say it adds 7 days to the synchronization protocol and that producers who are interested in pursuing it should contact researchers at the University of Missouri.

Data Thomas released regarding 7 & 7 showed pregnancy rates varied based on whether conventional semen, or sex-sorted semen, was used. Rates improved across all semen types using the protocol. Using a single, fixed-time AI service, 72% of cows on a 7 & 7 synch became pregnant with conventional semen; with sex-sorted semen the number dropped to 52%. For comparison, pregnancy rates after the standard 7-day CO-Synch + CIDR protocol were 61% (conventional) and 44% (sex-sorted).

Why is the new protocol more effective? The researchers found the 7 & 7 Synch improved ovarian follicular maturity before administration of the gonadotrophin-releasing hormone (GnRH), typically given at the beginning of an estrous cycle control program. This is accomplished through treatment with prostaglandin F2a and an intravaginal progesterone insert (CIDR) in advance of the GnRH. This enhances the uniformity of cows' response to the protocol.

Members of the project team included graduate students Rachael Bonacker, Carson Andersen, Katy Stoecklein, Cameron Locke, Jaclyn Ketchum and Emma Knickmeyer. In addition, MU Extension dairy veterinarian, Scott Poock, and Extension livestock specialists Zac Erwin, Jenna Monnig, Andy McCorkill and Eldon Cole played key roles in the study. Bonacker presented her work relating to this study at the 2019 American Society of Animal Science annual meeting and the Applied Reproductive Strategies in Beef Cattle Conference. Andersen's results were accepted for presentation in abstract at the International Congress on Animal Reproduction next year in Italy. Bonacker also had an abstract accepted for the meeting in Italy, this one focused on the 7 & 7 protocol's use in an embryo transfer program for beef cows. 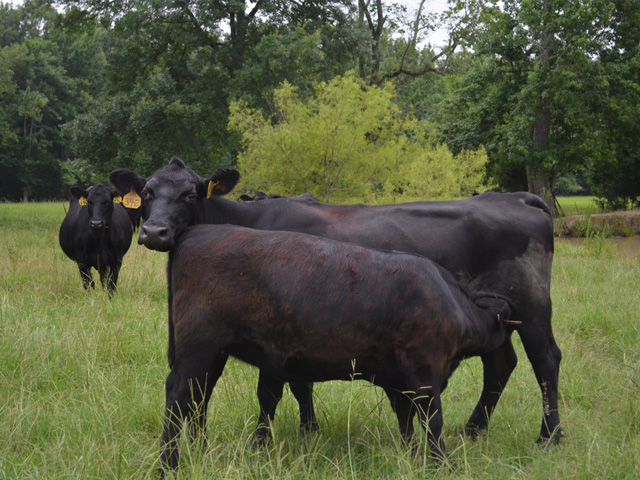