BIRMINGHAM, Ala. (DTN) -- Just as people were asked to "flatten the curve" on COVID-19 infections by staying home and keeping a safe social distance, some in the cattle industry have a proposal they believe will flatten the curve on fed cattle numbers. The idea is to help feeders market cattle, factoring in backlogs, with less of an economic setback than would occur otherwise.

That "flatten the curve" comparison comes from Don Close, senior animal protein analyst with Rabo AgriFinance. The cattle industry veteran spoke to DTN/Progressive Farmer about the set-aside proposal currently being debated. While he said there may be challenges with the program, he is hopeful it will help with the number of backlogged cattle on a week-to-week basis.

"If this program can pull fed cattle off the market, buy some time through this period of reduced slaughter and extend them out to when we assume slaughter will be back to normal, or close, we might be able to balance the fed cattle inventory by the end of the year," he said. "We still will have a challenge when it comes to this backlog of feeder calves, and that could carry into the first or second quarter of 2021. But this set-aside proposal is something to look at. I think the devil will be in the details."

The details of the Fed Cattle Set-Aside Program are numerous, and to some degree fluid. The plan comes from the Beef Alliance, developed using USDA and CattleFax data. Its foundation is a Canadian plan, implemented during the BSE crisis in 2004. Some producers there blame use of the program for a decline in the Canadian cow herd. Close notes that, even if the plans are similar, sheer numbers make it hard to compare the two.

"Where it was implemented in Canada, they have about 10 million cattle," he pointed out. "We are trying to implement a mirrored program with 94 million cattle. That is going to take some serious ramping up."

The program's objective, according to the Alliance proposal, "is to alleviate the risk of massive economic collapse in the beef cattle industry." The steps are built around what has become a limited harvest capacity (down 36%) to process market-ready fed cattle weekly. The tool would be voluntary, with a goal of reducing immediate pressure to harvest fed cattle until processors are at sufficient capacities to handle them.

Mary Soukup, managing director of the Beef Alliance, told DTN/Progressive Farmer that reaction to the set-aside proposal has included a lot of questions.

"We in the cattle industry have a reputation of preferring the government to be out of our business. But I think we have to consider that the situation with COVID-19 is absolutely unprecedented. We asked CattleFax to look back 20 to 30 years and see if there was ever a time when this sort of set-aside program was necessary, and the answer we got was that this is unprecedented."

What has been proposed is a voluntary tool a feeder could use in an emergency situation. Soukup said there are intentional triggers in the program that would, based on processing capacity thresholds, allow the program to be shut off when the industry returns to more normal capacity levels. Asked what those thresholds would be, Soukup said the details are still being established.

"We are working with state trade association and the NCBA to make sure we get that right," she said. "As drafted now, it would become active after two consecutive, non-holiday weeks of 85% packer capacity. What we don't know is what the new normal looks like. Are there going to be new requirements on lines and in plants, so that even once we are all back to work the capacity is different? We don't know yet what the triggering percentage will be."

Here's how the program could work:

1. An advisory committee makes a weekly recommendation on number of fed cattle to go into a 75-day program; they also recommend a number of cattle that can be released earlier than 75 days.

2. Cattle in the program may not be offered for slaughter until after the 75 days.

3. The committee will make its decision on number of cattle to take into the program based on weekly backlog numbers of market-ready cattle.

4. Decisions the committee makes to release cattle early will be based on a return to 95% processing capacity (approximately 98,000 head per day).

5. Allotments will be divided proportionally among regions. These include: Texas/Oklahoma at 28%; Nebraska at 21%; Kansas at 20%; Colorado at 9%; Iowa/Minnesota at 7% and others at 15%.

6. Cattle that exit the program early do so on a first-in, first-out basis.

7. Additional feed and operating costs would be roughly offset by program payments.

8. A petition to remove cattle from the program in the event of an emergency that severely restricts or prohibits the ability to continue feeding the cattle may be submitted to the committee.

As Close noted, the devil will be in the details. One thorny point could be who is on the advisory committee, and whether decisions become another market element negatively affecting cattle producers.

As the proposal stands today, the committee would be made up of three to five industry stakeholders who would "provide oversight/guidance to the program." They would determine number of cattle entering the program each week; whether cattle already in the program should be released; and ensure "program integrity by receiving and reviewing records prior to approving payment." At least one member of the committee would be from academia, and members should not include active industry participants.

Soukup said the advisory committee will be a critical element of the program. "As we talk about types of individuals and skill sets, we are talking about those who have had a career's worth of experience in the industry and a deep and intimate knowledge of this piece of it -- the movement of cattle from feedlots to harvest, where and how."

She noted the program would benefit more than feeders, because it would create stability for the entire industry.

"If we can stabilize the fed cattle market and prevent collapse like we saw in the oil industry last month, it will benefit the entire industry. The role of that committee, monitoring on an ongoing and regular basis what is happening and where the hotspots are, is going to give us a good pulse on the industry overall. What is best for the beef industry is to have the whole supply chain working."

At the time this article was posted, payment rates for cattle in the program were put forth at $2.90 per head, per day. This payment is intended to offset additional feed and operating costs incurred by holding cattle back for 75 days. Payments are made when cattle are released, or when they have completed the 75 days. Cattle must be owned by the same entity for at least 100 days before enrolling, and once enrolled, may not be traded until either an early release or the end of the 75-day period. Upon release, the cattle may not reenter the program. The committee will establish reporting and verification protocols.

It is estimated, based on USDA data, that the program's overall cost will end up between about $131 million and $326 million.

Looking at timing, Soukup stressed it is critical to move this program forward quickly. She said conversations are underway on Capitol Hill, and it is hoped the program can be incorporated into the next coronavirus relief package.

"Our discussions are emphasizing that we have to move quickly," said Soukup. "Cattle are backing up today. Time is critical." 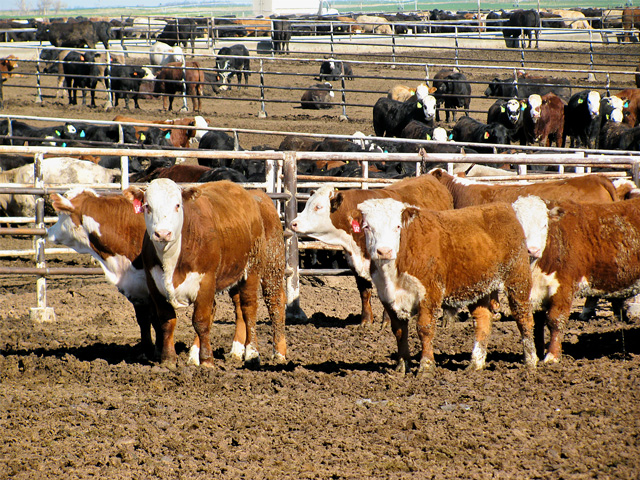