OMAHA (DTN) -- A federal judge in Montana on Friday threw out a court case against 15 state beef councils filed by R-CALF USA after the beef councils signed agreements with USDA declaring that the Department of Agriculture has authority over their activities.

Brian Morris, chief district judge for the U.S. District Court in Montana, on Friday accepted Magistrate John Johnston's findings and recommendations to toss out the cases against the state beef councils because each of the councils have now signed "memorandums of understanding" giving USDA authority over their promotional, advertising and marketing activities. USDA's control over the state beef councils then fell under the umbrella of a landmark 2005 U.S. Supreme Court case that ruled the federal beef checkoff program is "government speech."

Morris and Johnston, in the 27-page ruling Friday, cited that the memorandums of understanding between the beef councils and USDA, including some state beef councils not part of the lawsuit, put the beef councils as "answerable to USDA" and thus under the same view of government speech as the national checkoff program.

Nearly three years ago, the same court granted R-CALF a preliminary injunction in ruling the federal Beef Checkoff Program violated the First Amendment to the Constitution. USDA appealed to the U.S. Court of Appeals for the Ninth Circuit where the ruling was affirmed. But as that court case began to move its way through appeal, USDA began signing these MOUs with the state beef councils.

As a result, the Montana federal judge's ruling said the speech of beef checkoffs is government speech and not subject to the same litigation that would occur with private speech under the First Amendment.

"These memorandums gave USDA broad new authority over any potential speech that the beef councils might produce," Morris stated in the ruling.

"We are obviously disappointed but not surprised given the magistrate judge's earlier findings and recommendations," he said.

"He had found that after violating the constitutional rights of cattle producers for three decades, the USDA corrected its violation by entering memorandums of understanding with the beef checkoff councils. The issue of whether a longstanding violation of the Constitution can be corrected with a revocable memorandum of understating has serious implications and so we are now reviewing the decision and will decide whether we will appeal."

"The foundation of the Beef Checkoff has always been state beef councils that collect checkoff funds and determine how those investments are used for research, marketing and promotion efforts in individual states," he said.

"Those efforts are directed by the same cattlemen and cattlewomen who pay the checkoff, so this victory goes a long way toward ensuring they continue to direct those investments."

Last May, R-CALF asked the court to enjoin the federal checkoff program from authorizing private state beef councils the use of a beef checkoff tax to fund "private speech without the payers' affirmative consent."

The $1 federal checkoff sends 50 cents to the Cattlemen's Beef Promotion and Research Board while 50 cents goes to state beef councils. 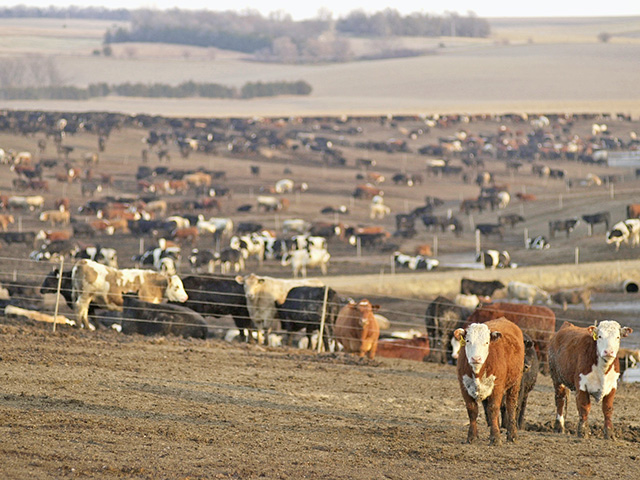