OMAHA (DTN) -- With the designation of a national emergency by President Donald Trump on Friday, more than 1,350 rural Critical Access Hospitals will see better funding, expanded bed space and ability to keep patients over a longer time to combat the coronavirus.

The president's emergency declaration waives existing rules that had restricted rural hospitals, as well as opens up access to $50 billion in funds to provide health care professionals more flexibility to combat COVID-19.

The president also stressed expansion of telemedicine across the country.

The boost to Critical Access Hospitals comes after the National Rural Hospital Association on Thursday wrote Vice President Mike Pence and leaders in Congress highlighting that rural Americans are "highly vulnerable to COVID-19." NRHA cautioned that responding to the virus will be challenging because "there is a profound rural hospital and rural health clinic closure crisis in rural America, threatening vital access to care during this pandemic."

"The state of rural health care is very fragile right now, and the population in rural America -- because they are older, poorer and sicker -- is very fragile," said Maggie Elehwany, vice president of government affairs and policy for NRHA, told DTN in an interview. "We need to make sure rural America is prepared for this and that's kind of our big concern."

Elehwany added, "If there is a hospital bed surge, and it's not treated properly, then staff also get infected. The crisis could get out of control very quickly in rural communities."

Since 2010, 126 rural hospitals have closed for a variety of factors, but they largely stem from the whittling away of Medicare reimbursement and choices by states not to expand Medicaid.

Rural hospitals continue shutting down, including six so far this year. When the Pickens County Medical center in rural western Alabama announced March 2 that it would close March 6, the hospital posted a letter on Facebook simply stating, "The hospital's financial condition had become unsustainable. As a result, closure can no longer be avoided."

Local residents replied that it was "very sad, shocking and tragic!" They talked about how good the treatment there had been. A few mentioned that their lives or a family member had only been saved because there was a hospital in close proximity. They also raised concerns typical across rural America, "As an adult with aging parents in that community, this is very difficult to hear."

The demise of rural hospitals is becoming increasingly common across the country, and an analysis by the Chartis Center for Rural Health released last month found 2019 was the worst year of the ongoing trend with 19 rural hospitals closing.

The study noted 34 hospitals had closed in the past two years alone -- and that doesn't account for this year's closings. The study suggested the financial challenges facing rural hospitals is accelerating. Chartis stated its analysis "revealed a rapid decline in performance in the 12 months prior to closure."

Nationally, more than three-quarters of rural counties are listed as having a shortage of health-care professionals, the NRHA states. The group called on Congress and the administration to prioritize low interest loans to rural health care providers and allow more rural hospitals to convert to being a "Critical Access Hospital." The designation allows higher Medicare reimbursement rates.

The rural hospital group is trying to draw more attention to the challenges of rural hospitals as the country braces for more impacts from the coronavirus.

"We're certainly hoping and trying and jumping up and down on Capitol Hill," Elehwany said.

To help hospitals, House legislation has proposed boosting federal Medicaid funds as part of the House stimulus package. With the president's emergency declaration, Trump will open up the Stafford Act, which would allow states to request more federal funds for a list of medical expenses.

Earlier this week, Rep. Adam Kinzinger, R-Ill., touted legislation he and a bipartisan group of lawmakers introduced last year to protect more rural hospitals from closing. The Rural Hospitals Closure Relief Act would make some of the same changes touted by NRHA.

Kinzinger noted, "In the midst of a record-breaking flu season and concerns surrounding COVID-19, it is more important than ever for patients to have reliable access to these rural health facilities."

States with the highest number of rural hospitals that have shut down over the last decade include Texas, which has had 20 hospitals closed. Tennessee has seen 12 hospitals closed, followed by Georgia, Oklahoma and now Alabama with seven closures.

The figures may not quite mesh with state tallies. The study listed Missouri with six rural hospital closures, but the Missouri Hospital Association reports 10 rural hospitals closed since 2014 alone, including the shutdown of a hospital in Boonville, Missouri, earlier this year.

There are 216 rural hospitals considered to be most vulnerable to closure, including 97 Critical Access Hospitals and 119 other rural and community hospitals, based on the study's model.

"This in conjunction with the closure crisis underscores the pressure rural providers face. As policy makers and rural health advocates work to stabilize the rural health safety net, questions inevitability arise with regard to how many hospitals may be forced to confront difficult decisions about maintaining operations," the study said. 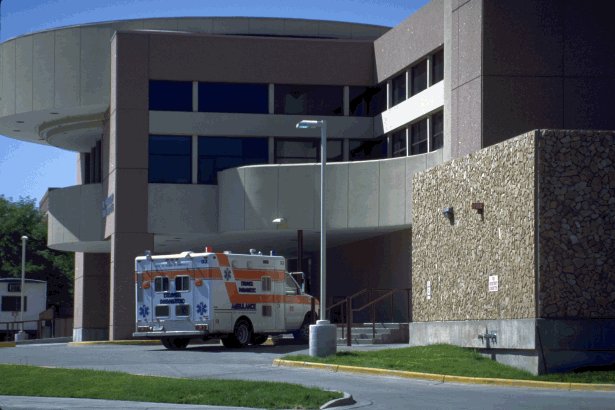