It doesn't make sense. Meat cases in grocery stores are mostly empty. Everyone wants beef. Meanwhile the market drops lower almost every day. What is happening?

Cattle marketing specialists, with no allegiance to anyone but cattle producers, have been holding meetings across the country to talk through the issue. They aren't part of any fringe group, trying to use this time to drive division into the cattle industry. They are simply focused on what they have been doing for decades. One of the best known, Derrell Peel, took time to speak with this Progressive Farmer editor to explain what is going on, and why producers aren't seeing the prices they think they should at this point.

Let's start with the cow-calf producers. Of any sector, Peel says they are in the best shape to weather this storm. He explains what is going on at this point in time is about logistics -- not demand.

"Most of what we are seeing in terms of cutout values, and what we see at the grocery store, is a question of logistics," he explains. "Supply chain issues are driving this. Let's think about it. Over 50% of food expenditures in this country are away from home. The rest, a little less than 50%, go to food that is prepared at home, food that comes from grocery stores. We have seen this dramatic swing away from restaurants to at-home eating over a short period of time. Runs on grocery stores, and people reacting to the uncertainties, have simply overwhelmed the supply chain for many of our commodities, including beef."

Peel notes that grocery stores plan purchases and promotions weeks in advance, and they were not prepared for people to come in and buy twice what they normally would. Grocery store suppliers are scrambling right now for more product. That is spiking boxed beef prices -- but not the whole boxed beef market.

"The same thing, to a lesser degree, happened after the packing plant fire last year," says Peel. "People are saying packers are messing with our markets. But most packers are forward sold, so this is a small percentage of the total market. What we are seeing is the market reacting at the margins. This is real, and it will be a challenge until we can see suppliers reallocate from the food-service side to the grocery side. Right now, the market is trying to see who is most desperate to get the limited supply of immediately available fresh meat."

This is all going to be a question of timing, Peel says, and at this point there are some who will have to take their lumps, unfortunately.

"We are telling producers that if you are in a situation where you have to market but you think you can hold off a month, we don't foresee that being very successful. We are not likely to recover within four weeks. So take your lumps on anything now that has to move in that timeframe," he says.

"On new sets of cattle, anything you are looking at selling to feeders now, think about margins. Think about risk management," he stresses.

The cow-calf sector is "probably in the best shape" he says. For producers with spring-born calves who would typically contract now, Peel encourages them not to be in a hurry to do it this year. He adds "I do think waiting to price cattle that don't have to sell till later could make good sense. Time is on our side here."

The bigger question, he believes, is where the cattle market is going to be three to nine months from now. There is room for significant recovery, but no one knows when or how that plays out.

"Right now, the market is doing what markets do when there is a shock. It is cynical of us in this country, that we say we love markets when they are good for us, but when they aren't we don't. We aren't even sure we trust them anymore. You can't have it both ways," Peel says.

"In my mind I see nothing untoward in how the market is reacting to this difficult situation. It will work itself out. I've spent my whole career understanding how big and complex this industry is, and I can tell you this is what the market should be doing."

Peel says market analysts right now are looking to the second half of 2020, into the first quarter of 2021, as the timeframe we are most likely to see the market rebound in.

"Just don't panic. This might not end up being a good year, but I don't see any reason to believe it will be financially devastating either. Financial management right now is more important than marketing."

With this in mind, Peel says the anticipated recovery won't take the market to 2014 levels, but it could put cattle 5% better than 2019 by year's end.

"It's a possibility, and if it doesn't happen it will just mean we've pushed it off into the first quarter of 2021. We will have some very favorable prospects, but again timing will be important and financial management is going to be key over the next few months." 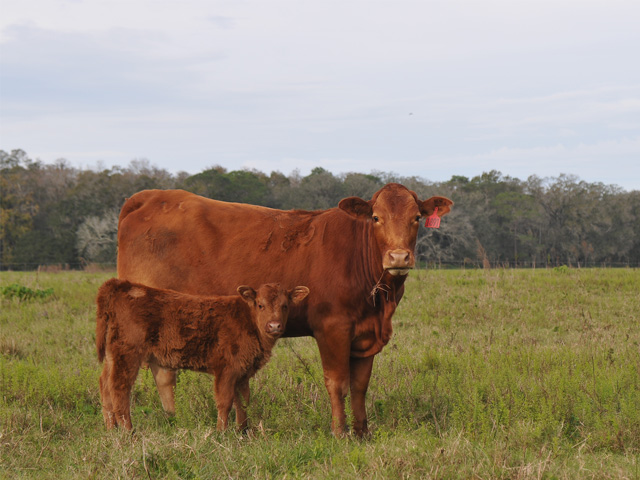