I have six heifers that came from a calving-ease bull. I used a calving-ease bull to breed them, and so far, of the three that have calved, I've had to pull two. All of these heifers weigh around 1,100 pounds each. Should I expect more delivery problems with the remaining three? A second question concerns a heifer that has had two calves in a row born backwards. Could this be genetic or just a run of bad luck?

The term "calving ease" is often thrown around without a full understanding of what it really means. This is complicated by the fact that different breeds have slightly different names for similar traits.

Starting at the beginning, make sure you understand the "E" in Expected Progeny Difference (EPD). This is the best estimate, or expectation, for that trait. There is a second, often overlooked, part of an EPD that is very important: accuracy. Accuracy values (ACC) range from 0 to 1; the higher the ACC, the better it reflects the true genetic merit of an animal for a given trait. High accuracy for a Calving Ease Direct (CED) or Calving Ease Maternal (CEM) sire means you can have more confidence that the number will be a true reflection of how easily his calves are born.

The most accurate EPDs today are Genomic Enhanced (GE), or GE-EPDs. This is trait-specific data for things like birth weight, calving ease, udder scores, weaning weight, yearling weight, rib eye area, marbling, etc. A GE-EPD is going to give you a better idea of what you can expect from an animal you are bringing into your breeding program, especially a young animal. Adding genomic data to a virgin bull, for example, is like having performance data on seven to 20 of his progeny (depending on trait) before he's ever sired one calf.

With regard to calving ease, there are two numbers I pay close attention to. These numbers are calculated based on data from heifers. The first, the CED, is a percentage of first-calf heifers calving without assistance compared to the breed average. Higher numbers are better. If Bull A has a CED of 10, and Bull B has a CED of -2, you would expect 12% more of the heifers bred to Bull A would calve unassisted than Bull B.

The second number I watch closely is the one for CEM. This is the difference in percentage of unassisted births of a sire's daughters (as first-calf heifers) compared to daughters of other bulls in the breed. Again, a higher number is desirable.

Here's where EPDs get complicated. Specific-trait EPDs often work against each other. In this example, CEM has a negative genetic association with CED and a positive genetic relationship with growth and mature size. Unless you are just trying to get a live calf on the ground and are not concerned about retaining heifers or weaning weights, or other growth numbers, you have to look at both traits in sire and dam.

In your case, the sire to these heifers may have had a very good CED EPD, but a bad CEM EPD. The heifers may simply be genetically prone to problems. To answer your question, you may well have problems in the remaining heifers. So keep them close, and watch them closer.

As an alternative to specific traits, experts have made value judgements for particular end goals. When choosing animals, instead of looking at individual traits, we can consider multi-trait indexes from breed associations. In an index, traits are balanced to help producers achieve individual herd goals more easily, whether those are focused on growth and maternal traits, carcass values or a combination of all of the above.

The American Angus Association calls its indexes "Value Indexes." The American Hereford Association has the "Profit Index." Other breed associations and some crossbreed groups have or are developing indexes as well, so check with those that apply. 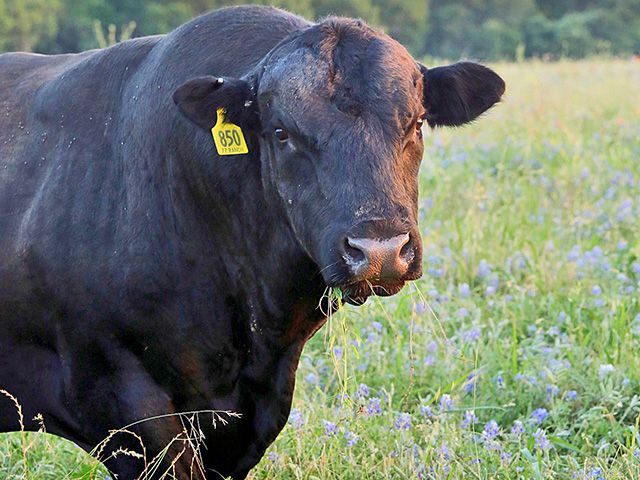