WASHINGTON (DTN) -- Groups that have campaigned for strong rules to protect farmers and ranchers from anticompetitive business practices in meatpacking and processing said Friday that the rule proposed by the Trump administration to make changes to the Packers and Stockyards Act scheduled to be published in the Federal Register on Monday is at best only a small step.

The Agriculture Department's Agricultural Marketing Service said the proposed regulation specifies four criteria the secretary of agriculture would consider when determining whether an undue or unreasonable preference or advantage has occurred in violation of the Packers and Stockyards Act. The proposal has a 60-day comment period that will end March 13.

Julie Anna Potts, president and CEO of the North American Meat Institute, said the group that represents meatpackers will review the rule to ensure livestock producers have a variety of options to market their livestock and that meat and poultry markets remain competitive. Potts also said the packer group would seek to protect the standard that requires plaintiffs to show a packer's actions showed likely harm to competition in any litigation.

"Any rule must protect marketing agreements between packer/processors and livestock producers, which provide stability to the industry and benefits consumers with lower prices and better quality meat and poultry," Potts said. "Eight federal appellate courts have concluded that the Packers and Stockyards Act requires a plaintiff to show actual or likely harm to competition.

"Without such a requirement, frivolous lawsuits could flood the courts and hurt the producer-processor relationship, ultimately harming those the law is intended to protect."

National Farmers Union President Roger Johnson said, "After so many years of inaction, it is encouraging to see this administration take some small steps to level the playing field."

"However, this rule does not go far enough to safeguard farmers from unfair treatment, nor does it address many of the other difficulties farmers have been suffering at the hands of powerful corporations. In order to provide farmers with the protections they need and deserve, we strongly urge USDA to strengthen its definition of 'undue or unreasonable preference' as well as introduce additional rules to ensure fair treatment and competition in the livestock sector."

"Their proposed criteria focus solely on business justifications, which could be very helpful depending on how they are interpreted and whether or not they are actively enforced. One major concern we have about the criteria, however, is that they include language that would judge undue preference by whether or not such behavior can be considered customary for the industry.

"Unfair competition and undue preference has unfortunately become customary for the industry -- that does not mean it should be endorsed. In order to ensure this rule is fair and effective for contract farmers, this criterion must be either deleted or heavily revised.

"We will be working closely with our membership to analyze these criteria and put forward a more detailed analysis next week."

NSAC added, "The undue preference rules represent only a small part of a larger package of reforms advanced under the Obama administration at the end of 2016, known as the 'Farmer Fair Practices Rules.' These rules were strongly supported by contract producers and advocates like NSAC."

The Organization for Competitive Markets said, "USDA fails to own up to its longstanding position that the Packers and Stockyards Act is both an antitrust law and a producer protection law."

"Unlike the previous iteration of this rule, it fails to set out which actions are unfair, unjustly discriminatory, or deceptive by meat packers and processors. USDA leaves farmers, ranchers, and poultry contract growers under the threat of retaliation for speaking out against any wrong doing of the packer or processor. A particularly gross omission in this proposed rule is restoration of the right of an individual producer to bring a claim without proving competitive harm to the entire sector."

Comments for the rule can be filed at www.regulations.gov 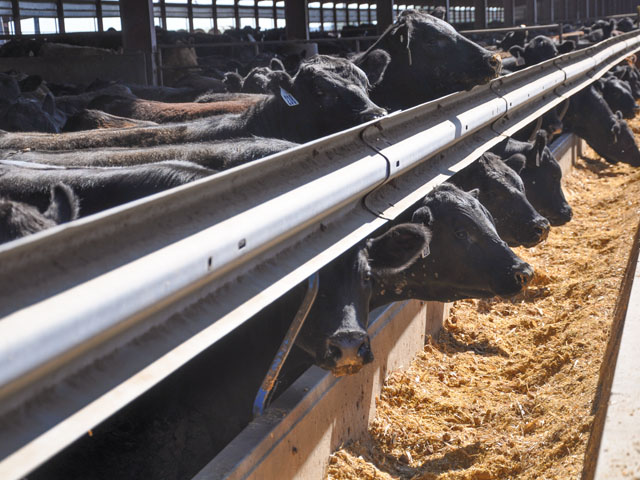