Repeat customers are at the center of Adam Wilson's business philosophy. "My goal is to provide the best product I can to the next person in the supply chain," says the young Virginia stocker. To achieve that goal, he believes it's important to start with quality.

With the goal of quality always in mind, Wilson buys a heavier-muscled, No. 1 grade calf with a large or medium frame. Most are Angus or Angus crosses, but the color depends on where cattle are headed.

When new stocker calves roll onto Wilson's place, they generally weigh between the high 400-pound mark to 550 pounds. The stocker buys 800 to 1,000 head of calves between late September and December, sourcing them from area graded sales or a nearby buying station. He buys both steers and heifers. "You can usually buy more heifers for the same money," he notes. "The price spread is pretty good between steers and heifers, although some years I've had to pay more for heifers. I can usually close that some by the time I sell."

Unfortunately, around half the steers Wilson buys are bull calves or only partially castrated. It leaves him in a position of needing to castrate these calves, a job he could do without.

"If more cow/calf producers paid attention to health and vaccination protocols, and weaned calves before they sold them, it would be a big boost to the beef industry as a whole," the producer stresses.

"They are changing diets, environments and are exposed to different cattle," White explains. "Ideally, calves would be prepared for the next phase of production to minimize their stress during transition. These preparations include making sure they have a complete vaccination program, are on a good plane of nutrition and have already been weaned."

White says it takes from 28 to 45 days for calves to get over the stress of weaning and adjust to a new ration. It adds stress at the stocker level and is a known factor leading to increased susceptibility to bovine respiratory disease (BRD).

"If they get sick, they may not gain as well," White adds. "Plus, respiratory disease can impact them for life, affecting performance and subsequent carcass quality."

To try to prevent these negatives, Wilson starts cattle on a health and vaccination program when they arrive. They get a modified live vaccine (MLV) with Pasteurella protection against respiratory diseases, Ultrabac 7 for blackleg and a Mycoplasma vaccination. He castrates bull calves, dehorns, if needed, deworms with an injectable and implants both steers and heifers. In addition, Wilson treats some new arrivals with Excede, an antibiotic aimed at respiratory diseases. All calves are tagged to track performance. Looking at Wilson's program as a whole, he spends $25 to $30 per head on his intake program.

Health protocols aside, Wilson says it's critical calves get on good pasture as soon as possible. He doesn't push them in the winter, explaining they gain around 1.5 pounds a day with a mix of good-quality grass hay and a ration of corn gluten and soy hull pellets. He feeds the ration at the rate of around 5 pounds per head per day.

By April, when pastures of fescue, orchardgrass and clover are greening up, Wilson works stockers again before turning them out. They get another MLV with Pasteurella and an Ultrabac 7, a second implant and fly tags. He also brands them to prevent theft. The cattle are turned out at a stocking rate of one calf per acre, at which point gains increase to an average of 2 pounds per day.

By the time Wilson gets calves to this point, he figures he has around $100 a head invested in each of them. After this, costs go down, as pasture expense is minimal.

Once calves have gained around 350 pounds each, Wilson goes into marketing mode. Normally, he sells between July and October, when heifers will weigh 750 to 800 pounds. He sells the steers when they weigh between 850 and 900 pounds. Sales are usually private treaty, with Wilson calling two or three buyers he knows who will come bid on the cattle.

The cattle are sorted, weighed and shipped at his on-farm facility. Wilson's focus isn't just on that one sale, though. He's always thinking about the next sale and the one after that.

"I want to sell a quality product so that buyer wants to come back," Wilson explains. "The worst thing that can happen to a cattleman is to have a guy buy your cattle and never want to come back. It's all about reputation and repeat business." 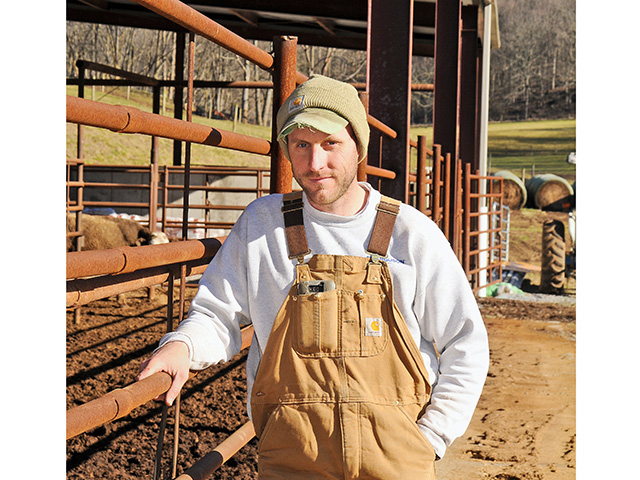