OMAHA (DTN) -- USDA's Animal and Plant Health Inspection Service has withdrawn a policy to require the use of radio frequency identification, or RFID, of animals in interstate commerce. But a number of ranchers and a national cattle group have yet to withdraw a lawsuit they filed against APHIS last month challenging the policy.

The ranchers, led by the Ranchers Cattlemen Action Legal Fund United Stockgrowers of America, or R-CALF USA, alleged in an Oct. 4 lawsuit filed in the U.S. District Court for the District of Wyoming, that a USDA plan on RFID "unlawfully mandates" the technology in ear tags and other technology for livestock.

Though APHIS said in an Oct. 25 statement that a factsheet posted to its website is "no longer representative of current agency policy," court records show the lawsuit has not been dropped.

Harriet Hageman, a senior litigation counsel at the New Civil Liberties Alliance in Washington, D.C., told DTN, "APHIS has currently withdrawn the April 2019 factsheet. We are evaluating that decision."

APHIS said it reconsidered the proposal in light of recent executive orders coming from President Donald Trump highlighting the need for "transparency and communication on the issues set forth in the factsheet before placing any new requirements on American farmers and ranchers."

The agency said it continues to believe RFID technology is important for animal agriculture.

"We continue to believe that RFID devices will provide the cattle industry with the best protection against the rapid spread of animal diseases, as well as meet the growing expectations of foreign and domestic buyers," APHIS said in the statement.

The agency said it would "encourage the use of radio frequency identification devices through financial incentives" based on feedback from the industry.

In an Oct. 23 R-CALF news release, Hageman said the group was hopeful APHIS was acknowledging the "strength of our lawsuit" in dropping the proposal.

The lawsuit alleges the APHIS plan "quickly phases out the use of other types of animal identification, including those methods specifically approved by final rule issued in 2013" by Jan. 1, 2023. The 2013 rule governs the traceability of livestock moving between states. It allows branding, non-RFID ear tags, tattoos, group/lot identification numbers and back tags.

The lawsuit claims USDA issued the RFID plan in April 2019 without following notice-and-comment procedures. The group also alleges USDA violated the Federal Advisory Committee Act by relying only on a hand-picked group of members who have been advocating for the use of RFID. That includes industry officials and ear tag manufacturers. R-CALF claims the latest USDA actions violate federal law that requires balanced representation on advisory committees. 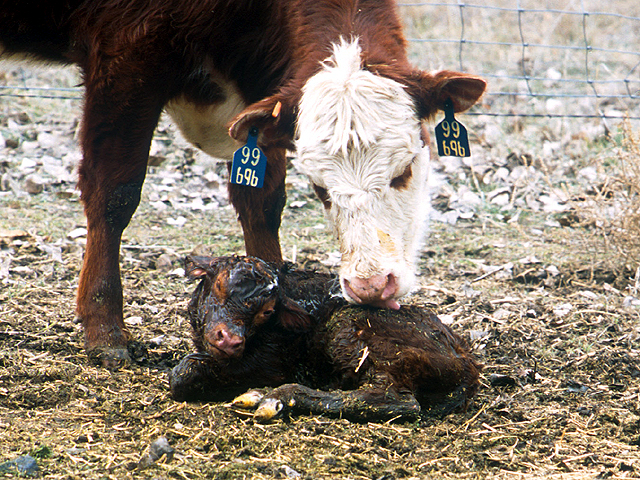