Probably the most complex part of the outlook picture this year revolves around livestock feed. The complexity is due to all the things the U.S. ag industry does not know yet when it comes to crop size and yield.

The industry continues to look for a planted acreage number on corn it can put faith in. Normally by August, a planted acreage number is pretty firmly nailed down, leaving yield as the variable everyone watches. This year, because of late plantings and unseasonably wet conditions, acreage numbers have muddied waters for prognosticators. In its most recent, and highly disparaged crop production report, the USDA showed corn planted area at an estimated 90 million acres. DTN lead crops analyst Todd Hultman says he continues to be cautious about what lies ahead for corn producers.

Hultman believes 80 million harvested acres is more in the ballpark of real-world projections. In early August, he expected harvest prices for December corn futures in the $3.90-to-$4-per-bushel range, cash prices between $3.60 and $3.80.

For Hultman, the line is around 78 million harvested acres. I don't expected harvested acres to drop that much, but that is what it would take to bring significant bullishness back to corn prices. If planted area is lower than that, the market will start to pencil in lower supplies and bring some bullishness to prices.

The picture for soybeans and wheat, while tied to the uncertain corn market, is a little clearer. The overall outlook for soybeans is still bearish, Hultman notes, due to ending stocks on old crops that are over the 1-billion-bushel mark.

"We aren't really talking about a billion bushels on old-crop ending stocks, because we are looking at a smaller crop this year due to those spring-planting problems. It's also more likely we will have yield difficulties to account for," he explains.

Hultman believes a smaller soybean crop can take some of the bearish edge off this market. He has a trading range for November soybeans at $8.15 to $9.71 per bushel. At harvest, those prices would trend lower, possibly to the $8.50 to $8.75 range in November. In cash, he says harvest-time beans are likely to be in the $7.50 to $7.75 range.

"This world-record crop, expected to be around 771 million tonnes [mt], will likely leave us with heavy supplies here domestically," Hultman explains. "There's not much hope of wheat trading higher than the $4 to $4.25 range unless something bullish happens in the corn market."

Taking all of these levels into account, feed supplies certainly don't appear to be limited. There is a scenario, however, where feed supplies and prices take a more bullish turn. This links back to China's bout of ASF and its need to procure protein from other countries. It's a two-sided issue, where winners and losers are hard to figure out given today's trade uncertainties.

The decline in China's hog herd will negatively affect its imports of U.S. grain, specifically feed exports. That potentially hurts elevators, feed mills and soybean crushers focused on that market. CoBank's Sawyer says they are projecting soybean-meal consumption down by roughly 9 million metric tons (mmt)—equal to about 11 mmt of soybeans—and corn consumption down by about 28 mmt.

However, the analyst notes those businesses positioned to meet domestic feed and non-China feed demands could see more opportunities as livestock producers here and abroad gear up to try to meet those increased protein demands coming out of Asia. 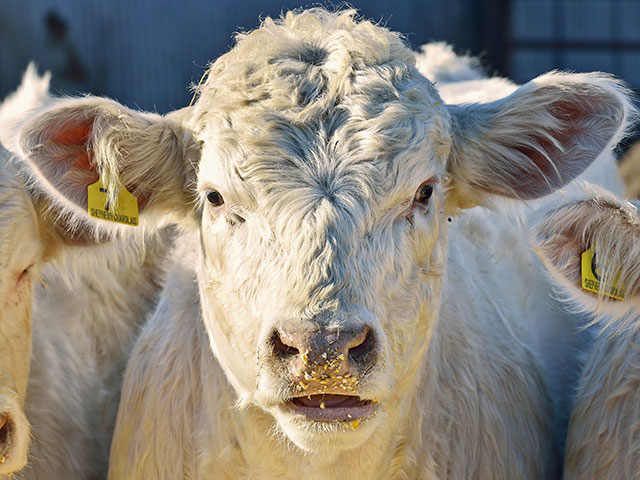