Price expectations are taking a step back, as fall calving season gets underway. While feeder calves will probably hold over $100 per cwt, many analysts advise caution as the industry balances growing beef supplies against uncertainties around trade and feed.

What may make this year especially challenging is the likely disparity between prices across different weight classes of cattle. Producers nimble enough to adjust and lucky enough to have forages or cheaper feed resources available late into the season should find an advantage in their ability to add weight to calves prior to sale.

Don Close, Rabo AgriFinance senior analyst, says he expects producers selling into the feeder-calf market to see a trend where buyers are looking for heavier-weight steers to shorten up days on feed.

"They will want a quick turnaround on that steer," Close says. "As a result of this mind-set, the calf with the longest feeding period, the traditional 5-weight calf, is going to be in last place."

Close's price outlook sets a floor for feeder calves in the $100/cwt to $105/cwt range, up until the last quarter of 2019. At that point, there's potential for the floor to bump up to around $115/cwt.

Producers with forages who can extend their seasons, backgrounders and grow yards with lower energy rations will be rewarded for taking the time to grow steers out more and precondition them.

"Later in the fall, with the risk of higher corn prices, I think we'll see calf prices pushed down more," Close adds.

Recent RaboResearch reports note the seasonal peak in fed cattle prices hit late-February and early-March 2019 at $128/cwt to $130/cwt. A record number of cattle on feed will likely keep pressure on prices for the remainder of this year and into 2020.

There's a possibility that market volatility because of unpredictable changes in the trade picture could yield unexpected positive results for sellers.

There are two areas producers should be especially aware of moving through the last quarter of 2019: trade and feed supplies.

While beef exports have lagged year-earlier levels, coming in nearly 5% lower at the mid-year point, many in the industry expect China to come into the market strong during the last quarter.

CoBank lead economist on animal protein, Will Sawyer, notes African swine fever (ASF) caused the loss of hundreds of millions of pigs in China and Southeast Asia in less than a year. He says the expectation is for massive shortfalls in animal protein supplies in that part of the world well into 2020 and possibly beyond. Consumers there are already switching from pork to chicken and, to a lesser degree, beef to fill the void. The U.S. is in a strong position to increase exports of beef to these markets if tariffs are lowered. Pork exports could also see a boon unless an outbreak of ASF domestically should occur and bring a halt to sales. Currently, 30% of U.S. pork production goes to the export market.

Imports of U.S. poultry have been banned in China because of high-path avian influenza. That would leave those producers out when it comes to any increased export opportunities. Sawyer says it's likely China's poultry imports will largely come from Argentina, Brazil, Poland, Russia and Thailand.

Florida's Chris Prevatt doesn't have much patience for the constant talk about trade agreements. He says they just never seem to materialize. Rather, the University of Florida ag economist is telling cow/calf producers to look at where the opportunities are today and, more importantly, tomorrow.

Prevatt believes there are two key things commercial producers should focus on now: preconditioning and preparing for the next upturn in the cattle cycle.

"We are seeing discounts averaging around $15 per hundredweight on 5- and 6-weight calves that are not preconditioned, are not uniform or are not in truckload units. I've seen as much as a $25 discount," he says.

One answer is obvious: Keep calves long enough to do a good job preconditioning them. For small producers or those without a defined breeding season, the other two areas can offer challenges.

"I tell people to forward-contract and then put the additional weight on them yourself. That is one way to go," he says. Prevatt adds the preconditioning advantage is especially important for those who can sell truckload units. For producers who can't, he recommends watching markets closely each week and moving to sell if there is a downward trend. At press time, Prevatt said producers in his area were looking at a range on 5- to 6-weight calves where the top was around $150/cwt. The bottom could get to around $120/cwt based on timely fundamentals.

In addition to forward-contracting cattle, Prevatt notes this is a good year to lock in prices on winter feedstuffs by prepurchasing.

"I think we will see a lot of producers in our area do this," he adds. "Last year, we didn't have all we needed, and we ended up paying more for it."

Lastly, Prevatt says as the cattle market seems headed for its cyclical low, it's time to prepare for 2021 and beyond.

"The industry expanded in 2015, 2016 and 2017 because the capital was available for expansion. But, if we look to the next decade, that's when producers can benefit from growth. We are almost at the bottom, so now you make plans to move forward. I think once we get to 2021, it's all very positive. I'd want to be well-positioned to take advantage of that."

Prevatt adds it sometimes seems counterintuitive to hold onto heifers and develop them when the market is low.

"But, that is how you take advantage of the highs," he stresses. "If you want to be ready for the market highs, you prepare during the lows. We have some good years ahead, and now is the time to think about that." 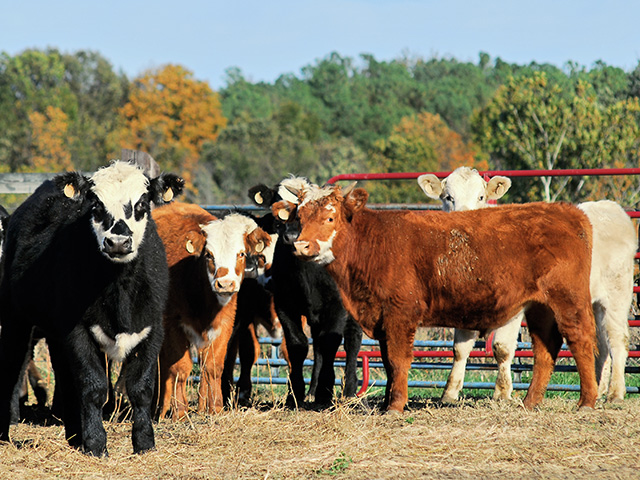