OMAHA (DTN) -- Anthrax, a disease which can affect both livestock and humans, continues to be an issue in different places across the country this growing season. At least two states have reported livestock cases in recent weeks.

Anthrax was reported in a herd of cattle in western North Dakota, according to a North Dakota Department of Agriculture press release from Aug. 12. This is the first case of anthrax this year in the state.

"Anthrax has been confirmed in a group of cows in a pasture in east Billings County," said North Dakota Agriculture Commissioner Doug Goehring.

The case was confirmed by the North Dakota State University Diagnostic Laboratory based on blood and tissue samples submitted by a local veterinarian in the area.

The case is a reminder to livestock producers in the state to take action to protect their animals from the disease, especially those in areas with a past history of the disease, according to North Dakota State Veterinarian Dr. Susan Keller.

"Producers in past known affected areas and counties should consult with their veterinarians to make sure the vaccination schedule for their animals is current," Keller said.

A few cases are reported in the state almost every year. In 2005, more than 500 confirmed animal deaths were reported, with total losses estimated at more than 1,000 head. The animals included cattle, bison, horses, sheep, llamas and farmed deer and elk.

North Dakota reported no cases of anthrax in 2016 and 2018 and just one case in 2017, according to the press release.

A new case of anthrax was reported in the Aug. 13 Texas Anthrax Situational Update report (https://www.tahc.texas.gov/…) from the Texas Animal Health Commission (TAHC). The weekly report from TAHC will be discontinued unless anthrax is confirmed in a new county or the agency sees a sizable increase in cases, according to the report.

According to the report, 20 premises in five Texas counties have had animals confirmed with anthrax. Animals affected include antelope, goats, horses, deer and cattle.

"It is common to see an increase in anthrax cases after periods of wet, cool, weather, followed by hot, dry conditions," the report stated. "During these conditions, animals ingest the anthrax bacteria when they consume contaminated grass and hay, or inhale the spores. Outbreaks usually end when the cooler weather arrives."

Livestock owners are encouraged to consult with a local veterinarian and should also consider vaccinating livestock in areas were anthrax is historically found, according to the report. This includes Crockett, Uvalde, Val Verde, Sutton, Edwards, Kinney and Maverick counties, all located near the U.S.-Mexican border.

CAUSED BY A BACTERIA

Anthrax is a disease cause by a bacteria known as Bacillus anthracis, according to a North Dakota State University Extension press release (https://www.ag.ndsu.edu/…. This bacteria has a special survival mechanism called spore formation, which allows the bacteria to produce very hardy spores with a high survival rate.

These spores can survive for years under the right conditions. When these spores come into contact with susceptible cattle, they can "hatch" and infect the animals, resulting in disease and death.

Often the only initial signs of anthrax infection is finding dead cattle, according to Gerald Stokka, NDSU Extension veterinarian.

"If the diagnosis of anthrax is suspected and confirmed by your veterinarian, then vaccination needs to be implemented as quickly as possible," Stokka stated.

All adult cattle and calves should be administered the vaccine, and treatment with antibiotics should be withheld because it may interfere with the immune response, said the news release. However, when faced with an outbreak situation, administering an antibiotic and a vaccine concurrently has been effective.

Stokka said producers should consult with a local veterinarian for a recommendation.

"Consider removing all cattle from the pasture where anthrax deaths are suspected because spores can infect the remaining animals," he said.

Anthrax also carries a risk to humans so those handling carcasses should do so with care and avoid disturbing the carcass. The recommended method of disposal is to place the animal in a trench dug in the immediate area of the death, then burn the carcass and soil where the carcass was found.

MORE ON ANTHRAX AND LIVESTOCK

NDSU has more information about anthrax at: https://www.ag.ndsu.edu/…

Information about anthrax and livestock can also be found from New Mexico State University at: https://aces.nmsu.edu/… 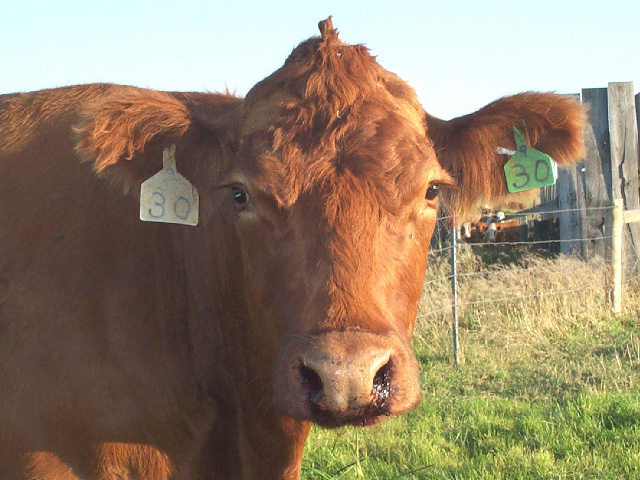