Any given week, it's not unusual to see a $20 range in feeder calf prices. What's the difference between those calves that sell at the bottom of that price range and those that sell near the top?

This chief operating officer at Kentucky's Blue Grass Stockyards stresses: "Don't ever sell calves professing them to be something they aren't. Don't say they're weaned or they've had all their shots if that's not the case. A producer has to be willing to put his name on a group of calves and stand behind them. You build your reputation, whether that's good or bad. Buyers don't forget."

Identifying the type of cattle buyer at the sale barn, Akers says, is important. Producers who are strategic about when they sell calves often reap more of a benefit by tailoring animals to their area's seasonal market.

"We are in an area where there is a big backgrounding industry," he says. "What we see is that at certain times of the year, farmers who background show up in large numbers to buy. They are looking for a greener calf. They still want a weaned calf and preferably one with a round of vaccinations."

Those types of buyers are common late February through April, with another surge in late summer if forages look good. Some risk buying into the fall, but by then, the shift has been to more commercial order buyers.

"The cattle market tends to be more depressed in the fall when the market is flooded with bawling calves that have no health program," Akers notes. "Commercial order buyers are often looking for a heavier calf, weaned, with a round of vaccinations to feed out in the Midwest."

Most of the time, it's almost a given the low end of the price range at a feeder calf sale is going to the producer who loads up a couple of calves and brings them to market. There are ways to overcome this limitation.

Kenny Burdine, University of Kentucky livestock marketing specialist, says researchers looking at 2015 data from preconditioned feeder sales found the optimal number of head to sell is a truckload lot. He notes, however, that even with groups as small as 10, producers saw improved prices, by around $10 per head.

Burdine says it's often possible for producers to commingle enough calves to form a larger group, bringing higher prices. There are also preconditioned sales in most states, where smaller groups of calves, managed according to set criteria, can be grouped.

Blue Grass Stockyards' Akers agrees the bigger the sale group the better the price. "It's human nature and common sense," he explains.

"A farmer or an order buyer would rather buy 10 or 20 calves at one time. It reduces risk. Because there are fewer sources on those calves, the odds that there will be a problem are reduced."

It happens too often not to mention it. Akers says it is frustrating for buyers to see a large percentage of bull calves coming through a sale. Certain times of the year, he estimates they can run up to 60% bull calves. That's a definite discount.

"When we're talking 5-weights, buyers don't want to put a calf through a castration at that stage. They are taking a risk. There is going to be added stress on that animal, and the seller has to bear that risk. It's not difficult to castrate in the first three months of life."

Regarding heifers, Akers says there's a price advantage in telling a buyer there's no chance the heifer you're selling is bred.

"This goes to one of the most important things any producer who wants to improve the value of his calf crop can do—establish a defined breeding season," Akers stresses. "A defined breeding season is the key to everything. You tighten the calving window, and you have a more uniform group to sell. It's easier to castrate and vaccinate. You can guarantee that heifer is open, because you know when you took the bull out of the herd."

Some producers consider management steps like weaning, vaccinations or implants as "extras." They are really opportunities to maximize returns.

Consider each decision carefully, and record what is done to each calf and when it is done. Those records have a financial value come sale day. Akers notes producers who can say a calf was weaned at 45 days and had a round of shots, and can provide implant status and knows if shots were modified live has a market advantage.

"With implants, the market advantage doesn't come because buyers are necessarily looking to put them into a natural program but more because the buyer knows if they have not been implanted, he has more opportunity for gain. So, that is like a premium for the seller."

Producers should do the math, though. If the gain that comes from implanting the calf is worth more than any possible premium realized by not doing so, the decision is simple. It all comes down to the operation and what pencils out best.

"Buyers know how those preconditioned calves were managed, and they can do something better with them if there are enough calves there to work with," he says. "Even if you have multiple owners who manage in a similar way, buyers are often willing to put together a value-added group which maximizes returns to those sellers."

Akers knows producers worry about shrink when it comes time to sell calves. He says Blue Grass Stockyards pulls from a large area, and for many producers, it is a long trip to market.

"If you're coming a long distance, we encourage producers to bring cattle in the day before," he says. "We have good feed and water, and that will give them time to get over the stress of hauling."

If that's not an option, he says it's important to work with a sale barn where animals aren't left for long periods waiting to be sold.

"Our goal is to get cattle sold and out in two to three hours," Akers says. "That helps the seller, and it helps the farmer's reputation. We don't want cattle standing around any longer than they have to. That adds stress and shrink, and that affects the check sellers get. It also affects buyers in terms of increased risk for health problems."

Burdine says as the cattle industry moves into the fall months, there are several things that could potentially impact prices of feeder calves. No. 1 on that list is trade.

"Uncertainties about trade created a lot of tension in the market late spring, and I think we will continue to see that," he says. "Mid-June, our calf prices were down $10 to $12 per hundredweight from early May, and that was due to trade."

He is also following conditions in the Corn Belt, where a late planting could impact yields to the point that farmers opt to shift to soybeans. That will have a ripple effect in cattle markets.

Lastly, he notes weather continues to be a wild card across the country. In Kentucky, he says there were losses of mature brood cows and calves because of mud in the spring. Other areas lost animals to flooding.

On the whole, however, calf markets to date have stayed relatively flat compared to 2018 levels. And, while beef production is projected to continue its upward trend this year, the percentage is smaller than in seasons past. 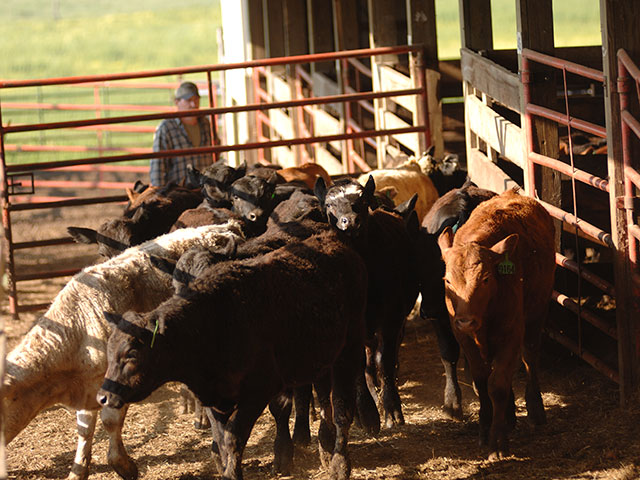