OMAHA (DTN) -- The House Agriculture Committee Subcommittee on Commodity Exchanges, Energy and Credit on Thursday heard testimony about success stories from small towns where broadband has arrived, as well as continuing challenges in some of the most rural areas of the country.

Whether rural America becomes fully equipped with broadband access will likely come down to two things: money and an accurate assessment of the needs.

Committee Chairman Rep. David Scott, D-Ga., told a panel of experts his committee is willing to "champion" the issue and needs to have rural voices heard on broadband.

"We need our rural communities to have a seat at the table when we look at the budget," he said during the hearing.

"You all are well-placed to say how much money this is going to take."

The 2019 Farm Bill adds $350 million in broadband-related funding for five years. The funding, however, has not yet been appropriated.

One of the major challenges is a lack of accurate maps on current broadband availability. Federal Communications Commission maps overstate availability.

Blake Hurst, president of the Missouri Farm Bureau Federation, told the committee it isn't quite clear exactly where broadband is lacking most.

"Farmers and ranchers, who already have seen a drastic 50% decline in net-farm income in the last four years, must have access to fixed and mobile broadband to be more efficient, economical and responsive to environmental needs. Broadband is no longer a luxury, it's a necessity. Rural broadband is essential to modern agriculture, the farmers and ranchers who grow our food and the quality of life for rural Americans."

According to USDA, if access to broadband and adoption of digital agricultural technologies matched farmer demand, U.S. agriculture would realize benefits amounting to nearly 18% of total U.S. market production, or $64.5 billion annually.

The highest rate of adoption for precision technology in agriculture is found in row crops. USDA estimates connected technologies in row crops as a result of expanded broadband, could result in a $13.1 billion gross benefit annually.

The livestock and dairy sectors would benefit most, according to USDA, with a potential annual gross benefit totaling $20.6 billion. USDA estimates the total annual benefits for next-generation precision ag for specialty crops at $13.3 billion.

Broadband availability in rural areas is not only an economic issue. Rural areas across the country continue to see rural hospitals close and experience a general lack of doctors.

Dr. David Hess, M.D., executive vice president of medical affairs and dean of the Medical College of Georgia at Augusta University, told the committee that broadband has made it possible for him to treat stroke patients in rural areas.

"We would often get phone calls from our rural hospitals with questions about treating stroke patients with TPA (tissue plasminogen activator)," Hess told the committee.

"However, we could not see the patient or review their CT scan of the head, thus could not make safe decisions. The problem is that we had a very effective drug for stroke, but we did not have a health care system with the organization and tools to administer it."

In 2002, the Medical College of Georgia began to develop a web-based telestroke system to help treat patients at rural hospitals in Georgia.

"Internet connectivity was poor on both ends, the hospital and on our end," Hess said.

"For example, if I was coaching a little league game, I would have to drive to the Taco Bell and 'use' their hotspot as that was closer than my home. We demonstrated that we could accurately examine the patient and measure the severity of the stroke and that we could safely and effectively guide treatment with TPA."

Once the technology was demonstrated to be effective, he said the college expanded its network to more than 30 hospitals throughout Georgia and South Carolina.

Greater Bemidji in Bemidji, Minnesota, is a public-private partnership to drive development and promote prosperity in the greater rural Bemidji region.

David Hengel, executive director of Greater Bemidji, told the committee that developing broadband access has been a game changer for the rural community.

"For the first 20 years of my career, when a company was considering our region, they would focus on three things: access to cheap capital, cheap labor and cheap land," Hengel said.

"Today, when I'm recruiting companies to Bemidji, I'm asked different questions. Can I find the talent I need? Is Bemidji a great community to live in? Does the region provide the broadband infrastructure to support my company?"

Hengel pointed to the community's ability to draw Delta Dental to locate to Bemidji as a recent success story. Delta Dental is developing a $15 million operations center in Bemidji that will employ 165 residents.

"When announcing their decision to expand in Bemidji, Delta Dental's head of technology said, 'the broadband services we can get in Bemidji are far superior to what we can get in our corporate headquarters in downtown Minneapolis,'" Hengel said. "Delta Dental is not alone, as our area's broadband infrastructure has been central to several corporate recruitment and expansions in our region."

The city of Red Wing formed a partnership with Hiawatha Broadband Communication to invest in broadband infrastructure as an economic growth strategy. To leverage the gigabit network, Red Wing Ignite launched in 2013, Mollgaard said.

"We are the only rural city in U.S. Ignite's network of 28 smart gigabit communities," she said.

"Broadband is like electricity for us -- we turn it on and it works. Unlike colleagues still struggling to secure broadband, we can spend time maximizing it."

Mollgaard said the community has learned communities without broadband are in jeopardy and that broadband access alone is not enough for economic vitality.

"It is critical to grow a knowledgeable workforce, increase digital literacy, foster innovation and market the efforts," she said.

Rep. Austin Scott, R-Ga., said while the committee's work focuses on rural America it is not just a rural problem.

"Suburban and urban Americans are equally cut off from the voices and talents and ideas of their rural neighbors," he said.

"And this divide makes all of America poorer. For me, all options are on the table when it comes to providing our rural communities with the technological resources they need to grow and thrive." 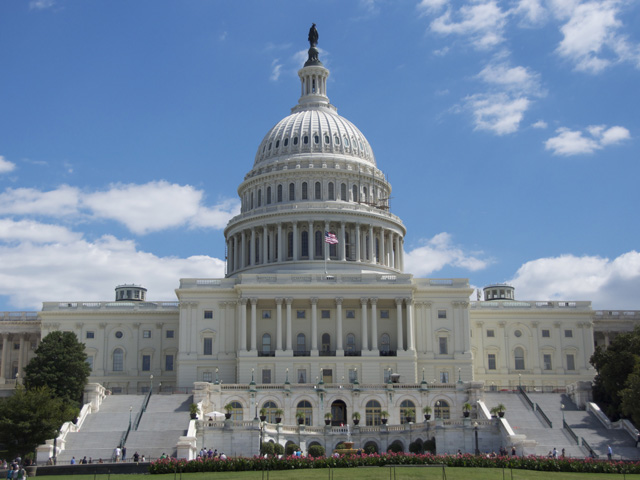