Based at the U.S. Meat Animal Research Center (USMARC), in Clay Center, Nebraska, Arthur says antimicrobial resistance is what allows bacteria to grow in the presence of the antimicrobial, commonly called an antibiotic. In human health, this resistance would mean an infection spreads despite treatment. He stresses there are few new drugs in the pipeline, underscoring the importance of judicious use of products available today. But, true judicious use has to be fact-driven.

"What's often forgotten is where antimicrobials come from," he says. "We got our antibiotics from soil bacteria. That's where they started. Resistance comes with those. As long as there have been soil bacteria, there has been resistance in those environments to go along with it. It's ancient. Ice core samples thousands of years old identified resistant bacteria. It's been found in remote, uncontacted tribes and in caves isolated for 4 million years. Resistance existed prior to human use of antibiotics."

A 12-month study led by Arthur's USMARC colleague, John Schmidt, looked at differences in levels of resistant bacteria in beef cattle raised conventionally and without antimicrobials.

"This study should have shown the maximum reduction in antimicrobial resistance (if there was one), because you had cattle that never received any antimicrobials compared to cattle raised under conventional management practices," Arthur explains. "I think many people assume if you do not treat animals with antimicrobials, there won't be any antimicrobial-resistant bacteria associated with those animals or their environments. That simply isn't the case. We determined that factors other than antimicrobial use play a large role in the occurrence of resistance."

The 2017 report, published by the American Society for Microbiology, notes multiple instances where antimicrobial-resistant E. coli levels differed less between animal production systems than with the time of year cattle were harvested, being higher in the summer and fall.

Antimicrobial-resistant generic salmonella did not differ between production systems, but prevalence varied with harvest season, with the highest levels in the summer.

He adds studies have consistently shown antimicrobial-resistant-bacteria populations increase when nutrients are applied to soil regardless of antimicrobial use. These nutrients could be in the form of manure from livestock or human biosolids from a municipal wastewater-treatment plant.

In conclusion," Arthur says, "when an environment is nutrient-rich for bacteria to grow, it likely will increase the number of antimicrobial-resistant bacteria as the overall population grows. Examples of this could include a feedlot or a watershed, or sediment at the bottom of a river." 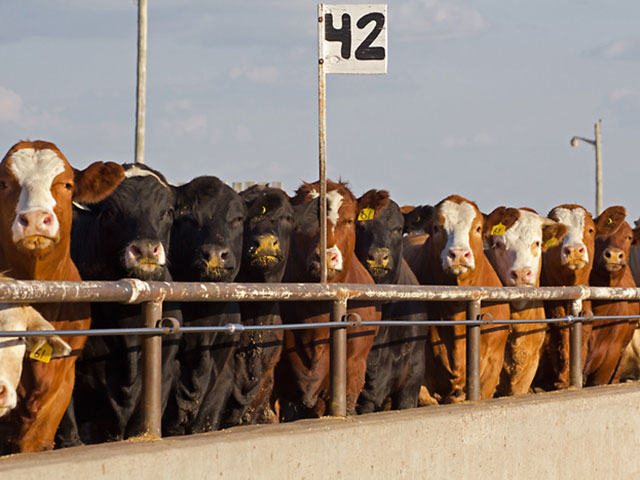