OMAHA (DTN) -- Walt Hackney, a well-known name in the livestock industry and longtime DTN columnist, has died at the age of 81.

Hackney's wife, Sue, told DTN Thursday that Walt died Wednesday at a Denver-area hospital following a battle with pneumonia and other health problems. The couple had recently moved from Omaha, Nebraska, to Colorado to be near their son.

Walt was an Oklahoma native and graduate from Oklahoma State University. In addition to writing DTN's Talkin' Livestock column, he was a partner in a national feeder cattle company that supplied replacement cattle to numerous commercial feedlots, as well as to independent cattle feeders throughout the Midwest. He has also been a livestock analyst for Iowa Public Television's Market to Market program and conducted risk management seminars for ag lenders. In the past, he also bought fat cattle for several area packers and directed procurement activities for two major packers.

Walt is survived by his wife of 58 years, Sue; two children and their spouses; six grandchildren and three great-grandchildren; and a host of readers and fans. DTN will provide more details about planned services when they become available.

DTN Staff Reporter Russ Quinn, who spoke with Walt numerous times on the phone over the past two decades, wrote the following tribute to the longtime DTN columnist:

In a couple of weeks, I will have worked for DTN for 22 years, most of those in the newsroom. For many years, the newsroom phone number would ring at my desk first before it rolled to other phones in our group. This allowed me to interact with nearly everyone who has ever called us over the last two decades.

My favorite person I talked to regularly on the phone over the years was Walt Hackney. Once Walt's very distinctive voice came on the line, I knew an interesting conversation was ahead.

"Walt was a joy to work with and a gentleman. He was a cattleman's cattleman and a cowboy's cowboy," Zagurski said. "There wasn't much involved with raising, buying or selling cattle that he had not done in his career."

He spoke plainly, often colorfully, in his columns, but he would try not to offend, she said.

Zagurski said other times he was more blunt, such as in this quote from one of his last columns before he became too ill to write: "Feeder cattle futures took a haymaker to the gut on Monday ..."

Here are some of Walt's unique comments from over the years. Walt called 'em like he saw 'em.

-- "After a few rodeo rejects sold at $90 in Texas, packers came out with blood in their eyes."

-- "This type of sneaky-Pete spending by packers may be fuel enough for feedlots to insist on some form of open-top bidding again, in order for feedlots to avoid the wide spreads of pay-prices from one day to the next."

-- "The packer finally had to 'fish or cut bait,' and the packer opened trade on Friday morning at $3.00 or higher cash."

We had a few editorial discussions about some of his more colorful comments, as you might imagine.

Walt traveled quite a bit in operating his business, Hackney Ag, and he would call in to tell us the status of his column, sometimes dictating it over the phone. When he called in, I would ask him where he was that particular day and many times he was on the road somewhere in Colorado or Montana working with ranchers and cattle.

Walt was certainly from the old school and never wanted ANYTHING to do with computers. He wrote his columns longhand. Even from the road, Walt would stop at businesses to fax us his comments. Then we would type them in, edit the comments and post his column.

I asked once if he ever had any of these businesses not let him use their fax machine. He said, "No, not really," but I imagine that, after just a few minutes talking to Walt, they probably would let him do whatever he wanted to, as he was pretty unpretentious.

But my favorite story that Walt ever told me is one that will stick with me forever.

A number of years ago he and his wife, Sue, had taken a cruise for their 50th wedding anniversary. While on the ship, he decided he needed to write his column. He handwrote his familiar hog, feeder and fat cattle comments and then set out on the ship to find a fax machine. He even asked the staff if he could use their fax machine -- if there are even fax machines on cruise ships.

He was not able to find a fax to use that day.

This certainly spoke to his work ethic. Many of Walt's generation had the same philosophy of working hard their entire life, and this was something I admired about Walt.

Many times when he would call in, he would apologize for bugging me about whether we got his comments or not.

Believe me, it was never a bother to talk to Walt, and I wish the next time my phone rings I could hear that gravelly voice say: "Hello, Russ, this is Walt Hackney." 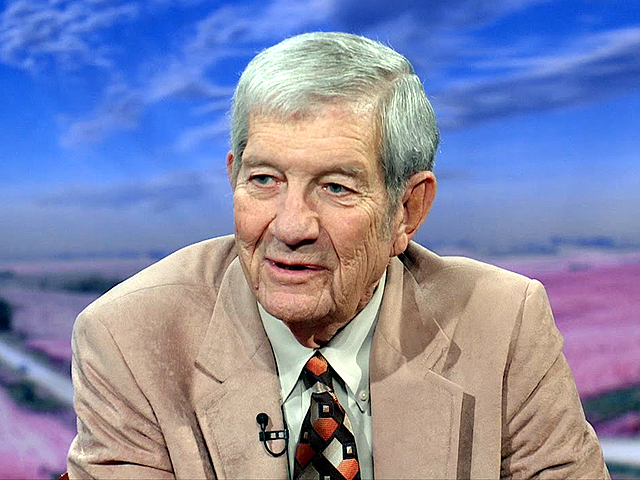