I always remove the twine or bale wrap from round hay bales before feeding them to my cattle, but I see many other folks who never do. They don't seem to have a problem. Am I wasting my time?

While I have never diagnosed a problem where twine or bale wrap caused an issue in the digestive system, many others tell me they have. One of my best producers says he has had issues with Mylar helium balloons floating into their pastures and being eaten. If cows will eat these, I have no doubt they'll eat twine and bale wrap.

Many of the pastures I walk through are covered with supposedly biodegradable twine or wrap. I have seen calves walking around with twine in their mouths. It's unquestionably messy and unsightly, and it's a risk I would not want to take. I would be interested in hearing from producers who have had problems.

And I will make this pitch for doing necropsies when you lose an animal. I am certain that producers in my practice area have lost cows from ingestion of twine or wrap, but too many just accept that the cow died. If we don't look, we don't know.

One of my cows had pneumonia that I couldn't treat and couldn't figure out where it came from. I put her down and looked. She had a primary lung tumor, which is very rare. Just last year, I had a really good 3-month-old heifer who suddenly developed colicky signs. I treated her but then had to be gone for a day for the funeral of one of my childhood friends. The calf died, and when I looked, she had an intussusception, meaning the intestine had folded into itself, cut off circulation and caused the calf to die.

Knowing I did what I could was comforting to me. But finding the cause, especially when it's something that can be avoided in the future, is extremely valuable. 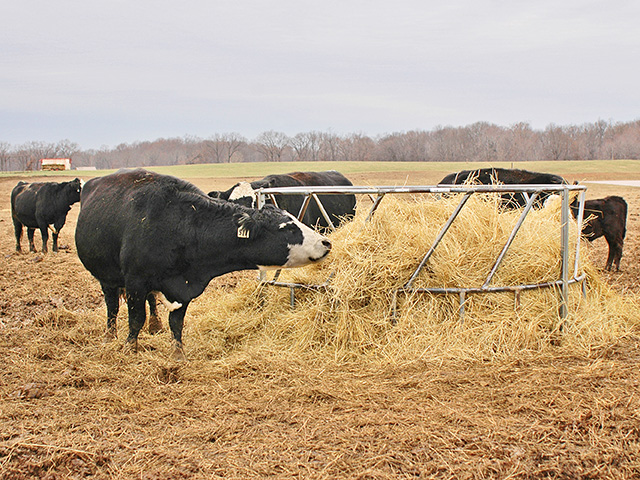