Not long after starting his ranching career in 1971, Guy Gould recognized the need for more consistent quality in the calf crop. Without significant predictability, he knew he couldn't stay in business. Gould decided linebreeding might be the best way to manage the herd's genetic pool and improve consistency.

The practice came with caveats. Many cattle breeders equate linebreeding with inbreeding, but there are subtle differences. The overall goal of linebreeding is a calculated program that maintains the genetics from truly outstanding individuals. Gould focused on vigor, fertility and overall health. He also selected for high rates of low back fat, large rib eyes, strong feed conversion and marbling. As it all came together, it led the producer to a breed known on this Fort Morgan, Colorado, ranch as Irish Blacks and Irish Reds.

ONLY KEEP THE BEST

As Gould worked to evolve his herd's genetic quality, he identified individual animal's traits and worked to cross sires with a high degree of desirable traits with dams who strengthened or complemented those genetics.

"I made sure I included traits like eye appeal, disposition, fertility and calving ease," Gould says. "What I wanted to achieve over time was to stack my herd's desired genetics within this limited genetic pool, so I could better predict the quality of sire progeny." He adds he culled "relentlessly," using only the highest quality crosses.

In 2008, Gould's herd produced a sire, Mr. Paddy's Irish Prime 884U. The bull was the product of blending top sire lines and brought a high percentage of desirable traits, including great eye appeal.

Brian Merriman, owner of Idaho's Albion Ranch, brought some of Gould's sires to his commercial calf operation a number of years ago. The bulls' early maturity, low maintenance, easy temperament and longevity were all traits Merriman looked for in sires.

"Before I bought bulls from Guy, I called other buyers who were all highly pleased with their Irish Blacks," Merriman notes. "Phenotypically, they're attractive cattle. When it comes to the feedyard, our commercial calves average 4.18 pounds of gain per day and a feed conversion rate of 5.69."

Gould's veterinarian, Paul Chard, says his experience with Irish Black and Irish Red bulls confirms the robust physical characteristics of the breed and its ability to thrive in rugged country. "I'm not a beef producer, but it appears to me that this breed could survive just about any environment," Chard says. "His bull-to-cow ratio runs well above average, and I find less than 10% of cows are open each breeding season."

Gould's cows are moderate in size with an average weight of 1,200 pounds. He sees cows producing calves up to 15 years of age. And, as for quality, consumers in his area have proven he is producing a highly desirable product.

"We ended up with so many meat orders, we couldn't fill them," Gould says. "The experience confirmed what we tell our commercial calf customers … our sires consistently produce a quality dining experience."

"Once beef producers look over our performance and cutout data from the ultrasounds we perform on every 18-month old animal, they're sold on these genetics," Gould says. "We rarely have anyone visit the ranch, see the cattle and their data, and not buy cattle.

"Seedstock producers can improve their bottom lines with these cattle, and commercial producers can consistently raise high-performing, profit-making cattle that excel in beef quality," Gould adds. "All our customers appreciate the predictability that comes from the tight gene pool represented in our linebred Irish Black and Irish Red cattle."

The Irish Black goes back to the 1960s and 1970s, when cattleman Maurice Boney developed what he considered ideal females for the U.S. beef industry and mated them with three imported Friesian sires. Today, the trademark-certified breed is a uniquely American blend that fits a variety of programs across the country.

Deb Brown is the current president of the IBCA board of directors. Her family's ranch is Long Pines Land and Livestock, based at Buffalo, South Dakota. She says interest in the breed continues to grow among both commercial and seedstock beef producers across the country.

"As we move back to a more moderately framed animal, we find an increasing number of commercial producers want to utilize Irish Black genetics in their breeding programs," she notes. "We are also seeing more seedstock producers raising Irish Blacks. We have a small genetic pool, and that gives us a predictability you don't see in other cattle."

Brown says calf crops are so consistent, it has eliminated her need to split them by size for marketing.

"Our Irish Blacks are like selling peas in pods. They're all the same. We don't split them into smaller units, and that's been a real advantage," she says.

The breed is also quite hardy. They slick off in the summer and put on a hairy winter coat. Brown says they run theirs strictly on forage, and they do very well.

"They can handle different altitudes and environments. We have Irish Blacks coast to coast and from the Northern Plains all the way down to Mississippi. We have found they adapt well wherever they go." 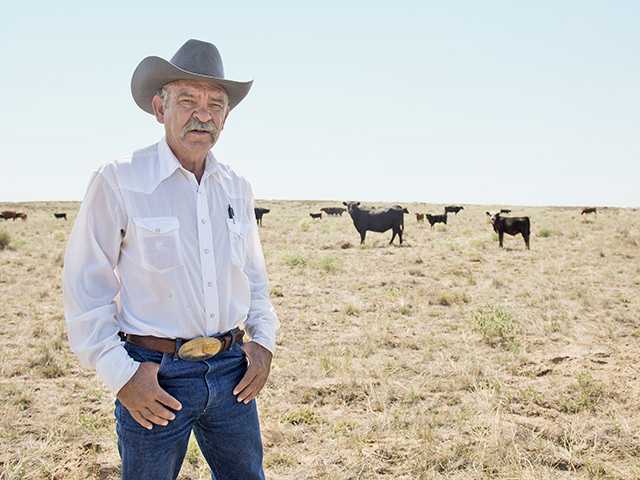