Kendra Graham, livestock field specialist with the University of Missouri and coordinator for the auction, attributed some of the upturn in price to competition at the sale, coupled with high quality heifers. Buyer turnout was high, and there was an added source of bidding through an online auction forum, which brought sales on three lots.

"We had a set of buyers that had picked heifers they really wanted," Graham said. "One buyer, in particular, was starting a new herd and he was willing to pay for that level of quality he wanted. Price was not as much of an issue. He wanted AI-bred animals."

Even though prices trended down on the whole, Bryan Evans, a new consignor out of Vandalia, was one of many who saw dividends from his participation in the program. His heifers took the top price of $2,880 per head at the F & T Livestock Market sale. His home-raised black and red Angus crossbreeds were Tier II heifers, which means they were out of Show-Me-Select cows and bred to top proven sires.

Show-Me-Select bred heifers are all out of Missouri herds, with both AI and natural service heifers available. All heifers go through prebreeding reproductive evaluations, have identification, pelvic area and reproductive tract scoring, are vaccinated, weaned, and on sale day will weigh a minimum of 800 pounds and be at a body condition score of 5 to 8. They are confirmed bred 30 days prior to the sale.

For more information on the Show-Me-Select program, or to see the next set of sale dates starting April 2019, go to http://agebb.missouri.edu/… 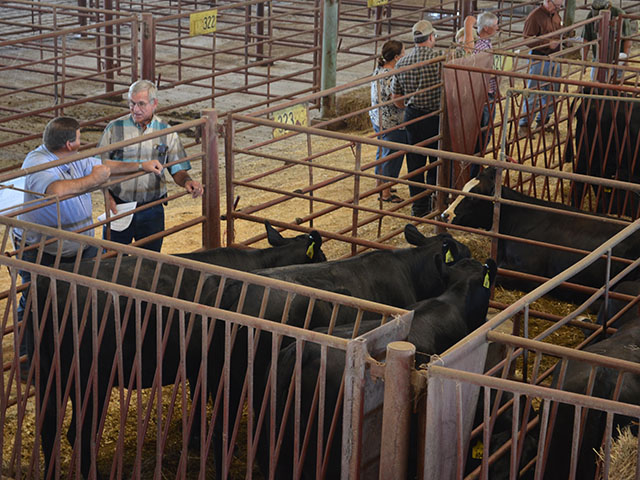