When Allen Beer's calves go through the chute at weaning, deworming gets the same emphasis as vaccinations. Both are included in the preconditioning protocol required for the Tri-County Cattlemen's Association feeder calf sale, where the Richburg, S.C., cattleman markets. On average, marketing here brings a 5-cent-per-pound premium compared to steers sold in nearby graded sales.

"I want a healthy calf leaving here," Beer says. "That's part of our philosophy with our marketing group. We sell reputation cattle, and our buyers know, year after year, we've done the right thing for the calves."

It's also the right thing for the bottom line. Beer says preconditioning maximizes gain and ensures he gets the most out of calves. It appears his strategy is working.

At weaning, steers and heifers from this commercial Angus/SimAngus herd average 625 pounds. After deworming, vaccinations and a 45-to-55-day preconditioning period, calves are up 100 pounds each. Inputs during that time include up to 10 pounds per head of 12% protein fed daily along with free-choice hay and grazing. He estimates average preconditioning costs at $65 to $75 per animal, which includes feed, medication, facility and yardage.

When the Risk is High

Thomas Craig, Texas A&M veterinarian, endorses Beer's policy of deworming freshly weaned calves. He says this stage of development is one of the riskiest.

"They aren't getting extra nutrition from mama. And they are picking up worms. Their immune systems haven't turned on yet. It takes several years for them to become immune to Ostertagia ostertagi, or the brown stomach worm," he says.

Beer's fight against internal parasites in his calf crop is a two-step process. While he deworms at weaning, that marks the second time calves have been treated at this operation. In the spring, when fall-born calves are 350 to 400 pounds, they are dewormed for the first time with either an ivermectin pour-on or a white dewormer such as Safe-Guard. At this stage, they are also given a blackleg vaccination.

"That maximizes their gains while they are on the cow," he explains. Depending on which product he uses, cost of deworming at this stage can be less than $1 or as much as $2.50 per head.

University of Florida animal scientist Matt Hersom says deworming calves while they are still on the cow may be the most profitable decision a cattle producer can make all season long. And he's got the numbers to back up that statement.

In 2005, Hersom was part of a team that worked with 3-month-old calves across three University herds in the Panhandle and central parts of Florida. The study included 550 calves. Half of these calves were dewormed using a Dectomax injectable; the other half were not dewormed at all. The dewormed calves gained close to 0.1 pounds a day more prior to weaning than the calves that were not dewormed.

At 2005 prices, the dewormed calves would have returned almost $10 a head more if sold at weaning. Today, that figure would be around $50 per head based on a price of $2.03 per pound for a 500-pound feeder steer in Florida.

"Parasites can contribute to anemia. That affects red blood cells and oxygen transport. They may also affect the immune system's ability to respond to vaccines by producing lower-than-normal white blood cell populations in the calf," he explains.

Texas A&M's Craig agrees with the practice of deworming nursing calves at around 3 months of age. Simply put, he says the treated calves will gain more. He advises using white drenches in his area (fenbendazole, albendazole, oxibendazole), adding "they do a better job against Cooperia." He says Cooperia, a small intestinal roundworm, tends to build in numbers after calves are weaned and commingled.

While deworming nursing calves is a given for producer Beer, use of the practice on cows is guided by body condition and timing. He normally deworms cows and replacement heifers prior to calving and breeding seasons. Cows calve early in November through January; breeding season is Feb. 1 through May 1.

"I'd rather deworm in the fall," he explains. "That is the most stressful, demanding time for a cow. If you can eliminate any issues, that helps her prepare for calving and breeding."

Deworming his 1,200-pound cows typically costs $2 to $14 per head, depending on the product used. He makes the most of the cows' time in the chute by also vaccinating against blackleg and respiratory diseases.

One of the side effects of ridding cows of brown stomach worms is it increases their appetite. Beer meets that need, and takes the opportunity to boost body condition, by supplementing his fescue and bermudagrass pastures with homegrown ryegrass and wheat silage, as well as sudangrass silage. He'll feed 40 to 50 pounds per cow per day while they are in his 5-acre calving lot. He also provides free-choice grass hay. He continues to feed silage and hay through March. Along with a limited amount of overseeded ryegrass, he feeds a 14% protein supplement during breeding season.

Replacement heifers weigh less at deworming, on average 800 pounds. This reduces the cost of their treatment to between $1.40 and $10 per head. Deworming helps put them on pace to gain up to a breeding weight of 900 or 1,000 pounds.

Craig says as a group, it's important to emphasize deworming heifers.

"They're still growing. They're smaller, and it won't cost as much to treat them. You'll get more bang for your buck," he says.

Whether he's deworming feeder calves, cows or replacement heifers, Beer says there's a benefit all the way around. For feeders, the payoff is pounds to sell. For the rest of the herd, it's the feeling of having good insurance that health and conception rates are going to be at their best.

To try to prevent resistance to dewormers, cattleman Allen Beer believes in the power of using rotation.

This Richburg, S.C., operator switches dewormer types year to year, rotating between macrocyclic lactones such as ivermectin and the "white dewormers" such as fenbendazole.

Thomas Craig, Texas A&M veterinarian, says Beer's concerns are well-founded. "Resistance is a concern. Cooperia is resistant to ivermectin and its cousins," he says, adding most of the other parasitic worms are still susceptible to the dewormer.

He notes resistance can be a regional issue. In the Southeast, parasites in stocker cattle are resistant to ivermectin and the white drenches, he says. He attributes that to too many stockers being on the same pastures year after year.

Craig recommends deworming stockers and giving them time for the treatment to work prior to putting them out on pastures. He adds small grain pastures planted on prepared seedbeds are typically clear of parasites and will remain clear if cattle are dewormed and parasite-free before turnout.

"Know where the calves come from," Craig recommends. "Run a few fecal samples."

He says fecal samples are a good idea for cow/calf operators, too, especially those who use the same drugs year after year.

"Test your animals occasionally, every three to five years. Test a minimum of 10 animals, treat them and, two weeks later, test the same animals. The only place the test is going to do any good is on your place. What happens on a neighbor's place is no good. They are your cattle and your worms." 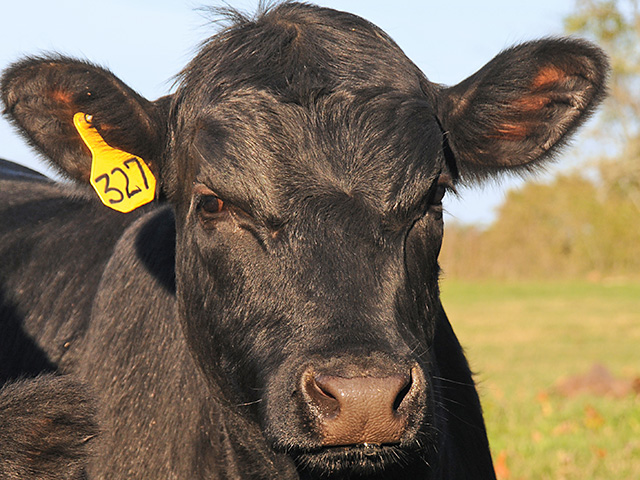