CALGARY, Alberta (DTN) -- The Canadian response to this week's announcement of the United States-Mexico-Canada trade deal (USMCA) seems as varied as the weather pattern currently seen across the country. While Prime Minister Justin Trudeau announced it was a good day for Canada, responses vary across political lines, from industry to industry, and from region to region.

From the start, the goal of the Canadian negotiating team was to modernize the North American Free Trade Agreement, making it progressive by bringing Canada's U.S. neighbors up to speed in four main areas: Gender rights, indigenous rights, the environment, and labor rights. None of these were addressed in the final agreement to the extent intended, as the U.S. team held to issues more closely related to trade. The Canadian government's spin since announcing the deal is not what was gained, but rather, what was not lost. In other words, it could have been worse.

Supporters of the deal say the Canadian team stood up to the negotiating tactics used by President Donald Trump, acting with "reserve, dignity and determination," while staying "calm and focused." At the other end of the spectrum, headlines suggest Canada has surrendered sovereignty to a bully, the deal is hollow, and Canada was played.

The Canadian Broadcasting Corporation (CBC) in one of its headlines, noted producers thought the deal was a win for 90% of Canadian agriculture, despite dairy concessions. Another headline called the deal good news for wheat, beef and pork producers, while bad for supply-managed sectors such as egg, poultry, and dairy.

Farm group statements showed their support for the deal.

-- "Achieving the agreement will ensure ongoing stability in agriculture trade within North America. Agriculture in all three countries has benefit from freer trade. Preserving these benefits was a key objective in these negotiations." (Cereals Canada President Cam Dahl)

-- "We look forward to a stabilized pork market that will allow pork producers in Canada, the United States and Mexico to support one another in producing high quality pork and contributing to growing the economy in their respective countries." (Canadian Pork Council Chair Rick Bergman)

One change in the agreement affecting wheat trade forces Canada to grade imports of U.S. wheat "in a manner no less favorable than it accords Canadian wheat, and to not require a country of origin statement on its quality grade or inspection certificate," as defined and listed as a key achievement by the United States Trade Representative (USTR). These changes are to be in place for the harvest of 2019. Current policy forces Canadian buyers to grade and price U.S. wheat as feed quality, regardless of the actual quality.

This move will be viewed as controversial by many Prairie producers, although was greeted with open arms by some farm groups. The Western Canadian Wheat Growers Association (WCWGA) responded:

"This agreement affirms what the Wheat Growers have been advocating for several years, namely that registered wheat varieties on either side of the border should be recognized in the other country."

WCWGA has worked for more than two years with the National Association of Wheat Growers and U.S. Wheat Associates on this issue. While large volumes of U.S. wheat are not expected to move north into Canada, the risk faced by Canada's industry is that the export of over 3 million metric tons into the U.S. could one day be jeopardized without standardizing the manner in which cross-border business is done.

With greater access into Canada's dairy, poultry and egg markets granted to the U.S., the three markets governed by Canada's controversial supply management system, it is no surprise the backlash has been harsh. This has been described often as "death by 1,000 cuts," given that similar concessions have also been made to finalize free-trade deals with Europe, as well as the Trans-Pacific Partnership, which became the Comprehensive and Progressive Agreement for Trans-Pacific Partnership (CPTPP). The deal includes access to 3.59% of Canada's dairy market and forces changes to the domestic pricing of certain classes of milk.

It makes one wonder if this issue can ever be resolved. Negative publicity during the trade talks placed Canada's supply management industries in a negative light with consumers, with the rest of agriculture, and even with other industries, as it appeared negotiators could cause significant harm to the Canadian economy while fighting to preserve supply-managed industries. Canada's National Post newspaper ran a piece on Wednesday suggesting the Wisconsin dairy industry views the increased access into Canada as "mainly symbolic" and only a small reduction in Canada's protectionism, having no effect on local prices and not expected to save Wisconsin farms.

At the same time, the Dairy Farmers of Canada (DFC) stated that Canada has given up in total $1.3 billion in sales in recent trade deals, or 18% of the market and product is being pushed aside on store shelves to make way for U.S. product.

"Our government is not only allowing the dismantling of our dairy model in Canada, it is giving up our sovereign right to also benefit from future trade agreements," said Peter Lamron, president of Dairy Farmers of Canada.

"The total access given up by the federal government in the past decades is bad enough, but now, we (farmers and processors together) are not able to compete in our own market, nor to export high quality dairy. Canada caved in to the U.S. demands to ensure our dairy products would not compete with American-made ones on the world markets. So much for Canadian sovereignty," stated Lamron.

The federal government has promised to subsidize producers from supply-managed industries for their losses, although the industry is wary of this offer.

To clarify concerns made regarding sovereignty, the Canadian media is pointing to Clause 32 of the USMCA. According to a CBC opinion piece by Neil MacDonald, the clause is "long-winded and uses code language," but he stated it means that in order for Canada to form trade deals with any non-market country, Canada must first inform the U.S. administration, with at least three months' notice, of any intention of entertaining a foreign trade deal.

He and others in the Canadian media speculated this is a way for the U.S. to limit or prevent Canada's trade with China, while the risk faced is Canada being ejected from the USMCA.

This could be viewed as a potential cost for all industries. However, this comes at a time when Canada's benchmark Western Canada Select crude oil trades at a $40 USD discount to West Texas Intermediate, the largest discount in close to five years, when the only solution is to break from dependence of the U.S. market, move product to tidewater on either the East or West Coast (hopefully both) and sell to growing Asian economies. New rules could place the U.S. in a position to veto Canada's efforts. Minister Trudeau has long hoped for a free-trade deal with China, which could prove risky, if not impossible.

-- Existing tariffs on Canadian steel, aluminum and softwood lumber remain ongoing and were not addressed as part of the deal.

-- Caps placed on Canada's passenger vehicle sales to the U.S. that will make it difficult to attract new investment in car plants and parts manufacturing.

-- A macroeconomic committee will be formed to study exchange rate policies. Once again, Canada may be dealing away its sovereignty and the ability of the Bank of Canada to manage the country's economy through monetary policy.

On a positive note, Chapter 19, or the dispute resolution process, was one of the major obstacles to reaching a trade deal and was unchanged in the USMCA. According to Trudeau, Trump "doesn't always follow the rules," which made this an even more contentious issue. This dispute resolution process allows trade issues to be heard by a panel of experts from the three countries involved, rather than be forced into the U.S. court system, which is both costly and time-consuming with outcomes more unpredictable.

Another win for Canada was the avoidance of a five-year sunset clause on the deal, which would have required the three countries to agree to an ongoing trade deal every five years, or the deal will end. Canada's argument was that this would lead to uncertainty on the part of investors who look for security over longer-time horizons. The USMCA deal included a 16-year term and a six-year review.

Canadian dollar traders liked what they saw in the deal and the spot Canadian dollar rallied 81 basis points to $.7820 CAD/USD on Oct. 1 following the release of the deal, trading at over $.78 CAD/USD for the first time in more than four months. Canada's currency faced pressure on Oct. 2 and 3, while further weakness in Oct. 4 trade could result in a full retracement to the Sept. 30 close, given the session's weakness in crude oil.

While there is both good and bad in this week's trade deal announced, perspectives will continue to vary widely and only time will tell how this will play out. 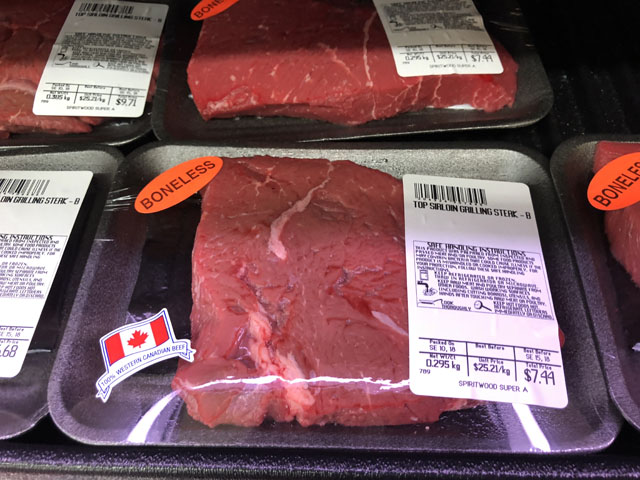 About the Author
Connect with Cliff:
@CliffJamieson