When Malcomb Pegues drives through the ‌pastures at the Gulf Coast Research and ‌Extension Center, he doesn't have to rely on ‌his memory to track cows or cleanup bulls. Everything he needs to know is on his smartphone, compliments of the CattleMax software he uses.

"I am the worst at remembering a cow or bull number, and recordkeeping is part of my job," says Pegues, director of the Fairhope, Alabama, station.

The ability to access records via a phone, tablet or computer played a key role in why Auburn animal scientist Michelle Elmore chose an internet-based recordkeeping system for Alabama Beef Cattle Improvement Association (Alabama BCIA) members. The herd at the Gulf Coast Center is part of that group.

Prior to the shift to CattleMax, the group used Red Wing Software, which has been discontinued. Elmore says most Alabama BCIA producers send their herd records to her or other Extension workers for processing. So, it was critical to have everyone on the same program.

"I thought using an internet system would open it up to more hands-on use by producers," she adds.

Elmore started phasing in the CattleMax software three years ago. During the past season, Alabama BCIA added 12 more producers for a total of 47 herds on the program. That's the majority of the association's members.

Explaining the simplicity of the system, Pegues says all he has to do is punch in a cow number to see her production history. This includes calving intervals and how her calves compare to those from the other dams in the herd.

HISTORY MATTERS. Ryon Walker, Noble Research Institute livestock consultant, says the ability to see a cow's history at a glance is one of the advantages CattleMax and similar programs offer producers.

"There are economic implications of knowing the history of your cows and what they produce. These type programs allow you to evaluate production records for a single cow over multiple years. It's very hard to do that with Excel programs. With Excel, we can look at all the data for one year, but it's hard to look at one cow for multiple years."

"We run this like a commercial herd," he explains. That means cows in the 90-head Angus-SimAngus operation are culled for bad feet, bad udders, being open at preg-check or weaning a substandard calf.

"I've been working with these cattle for over 30 years. The cows that have been here the longest are here for a reason. They raise a calf every year, and they produce calves with the highest weaning weights. That's what we're selling, pounds."

Along with using CattleMax to make culling decisions in the research center's mature cow herd, Pegues uses it when choosing replacement heifers at weaning. CattleMax automatically calculates weaning weight ratios using the Beef Improvement Federation's formula, adjusted to 205 days. It also takes the age of the dam into consideration.

"Most years, I take the top 30 in weaning weight ratios, then go out and look at them. They have to be structurally sound, and I want them longer bodied and deep ribbed," Pegues says.

DATA ADDS VALUE. His formula is working. By keeping the most productive females in the herd, and choosing high-performing replacement heifers, weaning weights stay consistently strong. The only dips he sees in performance are tied to those factors he can't control, unusually cold winters or droughts that limit forage growth.

"We weaned calves this past year that had actual weights of 800 pounds. The heifers averaged 725 pounds," he says. "We've been in the top three of the ABCIA with weaning weights for 13 out of the last 15 years."

Those consistently high weaning weights are one reason Pegues was recently named Alabama BCIA Commercial Producer of the Year. It's a well-earned reputation that also pays when he sells surplus bred replacement heifers at the annual association sale in Uniontown, Alabama.

HEALTH TRACKING. Along with performance, CattleMax helps Pegues keep detailed health records. When vaccinating calves, he does group entries recording vaccination type, serial and lot numbers, who administered the vaccination and where on the animal it was placed. The program also calculates withdrawal times for medications and schedules booster vaccinations.

"Auburn is accredited with the Assessment and Accreditation of Laboratory Animal Care (AAALAC)," Pegues explains. "It is the board that oversees any animal research and shows you how to properly look after animals. Recordkeeping is part of that."

While most commercial producers don't need to be accredited by the AAALAC, Auburn's Elmore says, "these records help with any USDA Process Verified Program and show you've met the vaccination requirements for an organized feeder calf sale or other similar programs where a producer needs to document health treatments."

For Pegues, learning to put CattleMax to use has been time well spent.

"It is not hard to learn. The most time-consuming part is entering birth information such as sire, dam, birth date and birthweights," he says.

Elmore says she was pleased with the transition between the two programs. "CattleMax was able to seamlessly convert all our data from Red Wing. That was very important to me. I was not going to lose data."

For Alabama BCIA participants, use of CattleMax is included in the membership fee, which varies from $25 to $50 per year depending on herd size. But, producers don't have to be in the program, or even the state, to use the software. It's available to individual producers for $9 each month for operations with up to 100 animals. Mid-sized producers with up to 500 animals can subscribe for $14 a month. Large producers with up to 1,000 animals pay $24 a month. 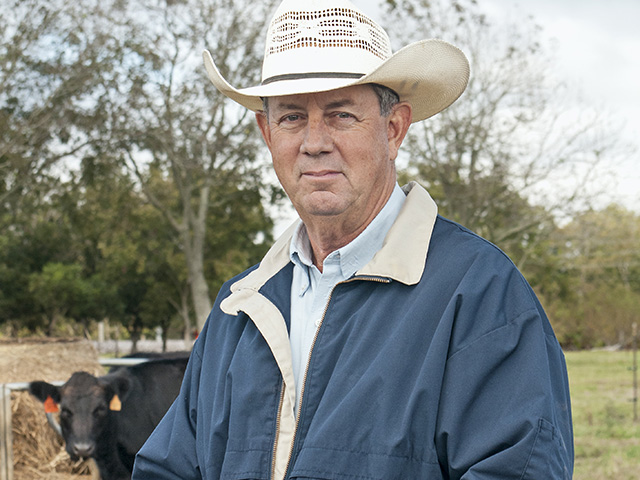