Genetic tests are available for everything from birthweight to carcass weight, so it's tempting to select your next herd bull based on those results alone. Just think, no more driving all across the country to look at pen after pen of yearling bulls. Or, you could build your dream herd of females off a spreadsheet of genetic predictions for maternal traits. Then again, maybe not.

"Phenotype is more critical now than ever," seedstock producer Dave Nichols says. "It is what you can see and measure. In order to make gene discovery for growth and carcass merit, we have to have birthweight, weaning weight, performance and ultrasound or carcass data. Genomics add to the accuracy of what we already know."

As an example of the importance of phenotype, the Bridgewater, Iowa, cattleman cites a multiyear National Beef Cattle Evaluation Consortium (NBCEC) study designed to find genetic markers for susceptibility to bovine respiratory disease (BRD), or pneumonia.

Researchers first identified sick cattle the old fashioned way, by observing them. Then, they took nasal swabs to confirm the diagnosis. Without first identifying sick cattle by phenotype, they probably wouldn't be able to find genetic markers responsible for resistance to the costly disease.

Just as phenotype continues to be critical for researchers, it should also be high on producers' lists when selecting bulls.

University of Georgia animal scientist Ronnie Silcox stresses "even genomically enhanced, expected progeny differences (GE-EPDs) don't tell you everything you need to know. When I talk to commercial producers, I tell them EPDs are the first thing they need to look at. Use them to narrow down to a smaller group."

Down to a manageable few, make the final bull selection with the eyes of an experienced cattleman.

"They must be functionally sound," Silcox says. "Do both eyes work? Look at their feet and legs. Make sure they've had a Breeding Soundness Exam. It doesn't matter how good a bull is, he's not going to do you any good if he can't get a cow bred."

And, because most commercial producers sell feeder calves, Silcox says it's important to consider whether a bull has enough muscle to grade like a No. 1 feeder calf. The same approach applies when selecting replacement heifers, whether those heifers come from your own herd or another producer. Narrow your selection using EPDs, then look hard at the heifer. If she can't carry and raise a calf, she isn't going to help your herd.

Phenotype continues to be vital in cattle selection. However, it's the combination of EPDs and phenotype that's moving herds to the next level. "EPDs are better than they've ever been. If you add the results of DNA tests to actual performance data, it can increase the accuracy to that of a bull that has produced eight to 10 calves," Silcox says, describing what's commonly known in the industry as GE-EPDs.

Consider a calving-ease yearling bull to use on heifers. If all you have are EPDs based on pedigree, and he is an embryo-transfer calf (his own birthweight doesn't factor in) expect accuracy of just 5%. Add genomic test results to that, though, and accuracy can shoot up to around 40% for the same bull.

The less heritable the trait, the more genomic testing can improve accuracy. Auburn University animal scientist Lisa Kriese-Anderson says, "With lowly heritable traits like the reproductive traits, fertility, gestation length, age at first calving, genomic testing increases the accuracy of the EPD value as if the animal has had 10 to 12 calves on the ground."

Even with this boost in accuracy from GE-EPDs, Kriese-Anderson believes, like Dave Nichols and Silcox, that there remain compelling reasons to keep phenotype in the selection process.

"We don't know what every gene in the bovine genome is doing yet. We find a panel of markers that go with a trait, but not every gene that affects that trait is known. We still need actual measurements," she says. "Not every purebred animal will get DNA-tested. We have to have the phenotype information to validate and compare with the genomic information. Someday, we may be able to just take DNA samples. But for now, we need both, and that's OK." 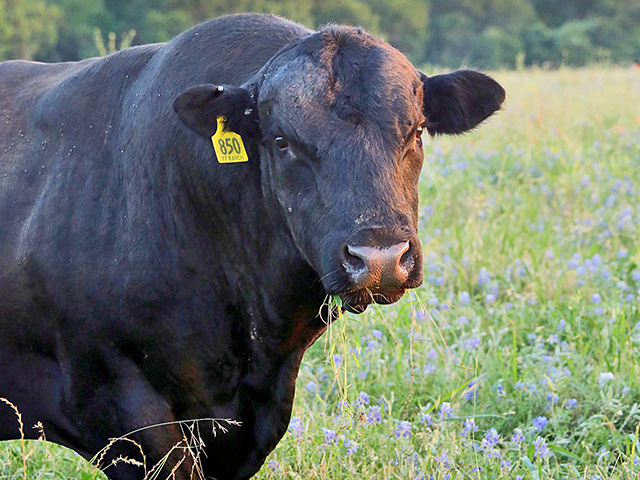