What do cow/calf producers have to look ‌forward to as the beef market slides into its ‌fourth quarter? Despite an unpredictable ‌political climate, ongoing tariffs, herd expansion and increased feedlot supplies, the fall outlook is surprisingly mediocre.

Expect seasonal price swings. But, to use Oklahoma ag economist Derrell Peel's word, they will be "modest." The beef market continues to hold up reasonably well thanks to demand. By mid-year, average prices reported at auctions across the country averaged between $140 per cwt to as much as $191 per cwt (500-to-550-pound steer). The higher prices were popping up where 90% or more of the calves weighed 600 pounds or more. Last year, the average price for a 500-to-550-pound weaned calf was about $150 per cwt.

Peel expects, at most, a 4% to 6% price dip in the fourth quarter for feeder calves compared to 2017 levels. He points out that year ended on a stronger-than-expected note, and "given that, I really see this as holding steady."

Recently back from China, where Peel taught a group of business students, the beef specialist says uncertainty about the trade environment with that country will have market implications. For beef, however, those effects will be more indirect.

"Markets don't like uncertainty, so I believe these tariffs have already done some damage to beef markets. It remains to be seen how much damage," Peel says. He explains, "most of the tariffs are not very significant for beef. The Chinese put tariffs on U.S. beef as part of a trade retaliation move. The U.S. beef industry exports almost nothing to China. Granted, this will make it harder going forward, but we exported less than 1% of U.S. beef production to China last year. So, the direct impacts at this point are relatively small. I am concerned moving forward, however."

That concern is tied to a likely hit from the pork and poultry industries, where producers are projected to end the year at record levels.

In the case of pork, politics are playing an unexpected role in the future producers can expect. China imposed a 25% tariff on U.S. product, a $1.1-billion market in 2017. The pork industry reported a 3.4% increase in hogs/pigs inventory mid-year, with new records expected for litter rates, now at 10.63 per litter. Breeding inventory alone increased by about 3%, or 200,000 head.

Broiler production is also projected to hit record levels. By mid-year, production outlooks had increased 45 million pounds for the second and third quarters, and the annual total was expected to come in around 42.495 billion pounds. For 2019, projections add another 60 million pounds to those numbers.

As meat supplies have the potential to increase significantly at the domestic level, there looms the possibility of a real price-breaking surplus.

"It's important to watch this external environment," Peel says. "Policy and trade turbulence can play out several different ways as we move forward. Watch the potential for more tariffs, policy and impacts from exchange rates. Right now, the biggest potential threat to the beef market is coming from the pork side in that it is more directly impacted by these tariffs, and we've got record pork production."

The uncertainty may have some beef producers tapping the brakes on herd expansion, but Peel believes it will be 2019 before the industry marks a peak in the U.S. beef cow herd.

Lance Zimmerman, CattleFax analyst, agrees expansion is slowly coming to an end but adds total cattle numbers will likely continue to climb for the next few years. In USDA's mid-year report, cow numbers were at 32.5 million head—a near 1% increase over 2017.

"Additional culling in the fall will likely set up the nation's cow herd to be around 32 million head by January 2019," Zimmerman reports. "The preliminary 2018 calf-crop estimate is 36.5 million head, which is 1.9% larger than 2017. With an additional 600,000 head born during the first half of 2018, the fall calf run should continue to see growth this year."

This year, about 75% of the calf crop will come from fall weaning operations, Zimmerman adds. "As we look at our price projections, weaned calves are softer into that October time frame compared to where they were mid-year. So, any producer with an opportunity to forward-contract his calves through local pricing or local relationships, or a video auction market should do it."

While prices for feeders were at a premium relative to the fed cattle market through the summer, producers should expect those premiums will tighten moving into September and October. This is when that first group of fall weaned calves begin to hit the auction markets.

Like Oklahoma's Peel, Zimmerman says there are still likely to be market impacts from trade disruptions moving forward, which are hard to predict.

"As we look at the situation facing all protein markets relative to trade disruptions that could exist with these tariff introductions and even just discussions of tariffs, the question is, 'How should the market adjust?' There is a long- and a short-term answer to that," he says.

"In the short-term, the market has adjusted a lot of commodity prices lower. Part of that adjustment has been a response to the unknown. Markets hate unknowns, and these tariffs introduce a lot of unknowns. Hogs and soybeans took the biggest hits in futures because they have been front and center.

"But, consider that there is also a cost to market building, and that is where the long-term impacts begin to be seen," he continues. "U.S. agriculture, and certainly beef, have built these key export markets. We could move to other markets, and this will be an opportunity for us to service other areas, but there is a cost to rebuilding distribution channels and a demand base." 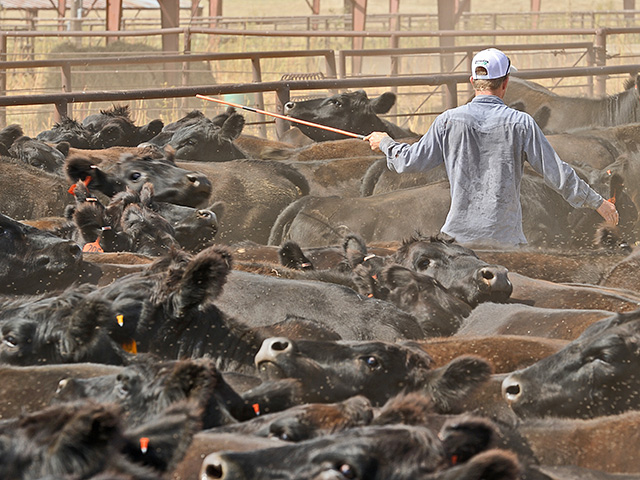