If you want to make Steve Foglesong's blood pressure spike, just mention bovine respiratory disease. The unpredictability of BRD, not to mention the cost, can be hard to tolerate for the rancher and feeder.

"Once in awhile, even with my own cattle, when we've done everything right, and we're sure they're bulletproof, they'll still fall apart on us," the Astoria, Illinois, producer says.

Foglesong does what he can to avoid BRD at his operation, Black Gold Ranch and Feedlot. He only buys calves weaned for at least 60 days, and they all have two rounds of vaccinations. Even so, he estimates around 10% of the cattle in his 4,500-head capacity feedlot will break with BRD. Death loss ranges from 1 to 2%.

By industry standards, those figures are bragworthy. Economists with the Bovine Respiratory Disease Consortium Coordinated Agricultural Project (BRD CAP) used the national estimate of 16% incidence of BRD in feedlots and calculated that more than 4 million feedlot cattle were hit by the disease in 2013 alone.

Based on the cost of treating BRD-affected cattle once and the loss in carcass value, they estimated BRD cost $254 per head in 2013, or more than $1 billion annually. Death losses to BRD come in at just under 400,000 head for beef cattle. Add in dairy calves, and the number reaches 1.1 million head.

All of this loss comes in spite of strong and ongoing industrywide efforts at prevention. Holly Neibergs, Washington State University (WSU) animal scientist, explains, "We've tried really hard to reduce the incidence of BRD with best-management practices like not stressing the cattle. Veterinarians have done a great job of finding the right vaccines and educating their clients on when to give them. We have new treatments onboard. Despite all that, we haven't made a lot of progress. In fact, we have the same level of sickness and a higher level of deaths as we had 20 years ago."

Search For A Genetic Link

That is why Neibergs and other members of BRD CAP are hunting for a proven genetic link that will help predict resistance to the disease.

The program, which began in 2010, is led by Texas A&M University (TAMU) geneticist James Womack. In addition to TAMU and WSU, researchers from the University of California at Davis (UCD), Colorado State University, University of Missouri, New Mexico State University and the USDA Agricultural Research Service are working on the project. USDA financed the work, which was supposed to last five years but has been extended to April 2017.

The first step in this collaborative work was to diagnose calves with BRD. That was done the old-fashioned way. Pen riders in Colorado and Washington feedlots pulled sick calves. They were scored with a system developed by veterinarian Sheila McGuirk, which is based on droopy ears, head tilt, nasal and eye discharge, and rectal temperature. Blood was drawn for DNA tests from those calves.

Pen riders also pulled healthy calves from those same pens, and blood was collected. In all, they sampled more than 2,000 head of sick calves and an equal number of healthy ones.

Then, researchers attacked the maze that is BRD. There are more than 20 different pathogens associated with the disease complex. The team, led by Laurel Gershwin, at UCD, took an in-depth look at the six most common pathogens.

Next, TAMU's Womack says, "We tested the DNA of several thousand animals, looking at 770,000 little spots on the genome, or single nucleotide polymorphism [SNPs]. We found at least 100 SNPs that were potentially different in sick and healthy animals. We are now searching for genes near the SNPs that are candidates for contributing to resistance or susceptibility. It is extremely important to find the SNP or marker, and also important to tie it to the actual gene that is causing the variation."

The process is rocketing along with dairy cattle. Neibergs predicts in a couple of years, the markers for those genes will be validated, and the industry will be able to incorporate the information into their estimated breeding values.

Unfortunately, the task is proving much more complicated with beef cattle, where a wider range of breeds and crossbreeds are common in operations and feedlots. The BRD CAP researchers are sequencing the entire genome of approximately 60 beef animals to help identify the causal mutation. Work is also underway to sort out the breed mix of commercial cattle.

"Predictions for one breed may not hold for a different breed," Neibergs explains. "We're looking for a causal mutation. It is tricky to find but usually holds across breeds. Just because they are black-hided doesn't mean they are Angus."

Researchers are also testing markers so they can put them in commercial genetic tests, like Neogen GeneSeek and Zoetis GeneMax, both used in DNA testing of commercial heifers. The goal is to help identify cattle that are more disease resistant.

Womack says, "Our goal is to provide a tool, possibly a chip, with combined markers, and use it to come up with a score for individual animals, which would be a relative value for resistance to BRD. It could be used, along with DNA markers for other economically important traits, to make breeding decisions."

He feels it's a reachable goal, even with crossbred cattle, especially if the causal mutations can be identified. Although BRD resistance is a complex trait, Womack says it appears it's around 20% heritable.

"Anything approaching 17 to 20% heritability you can work with," he adds. For comparison's sake, the heritability for fertility in beef cattle is around 10%, while that for weaning weight is 24%.

Foglesong, who runs 3,000 mama cows in addition to his feedlot, says if researchers can come up with a DNA marker, he will absolutely use it. But when asked if he'd pay a premium for feeder calves sired by bulls with positive EPDs for BRD resistance, he's taking a wait-and-see approach. 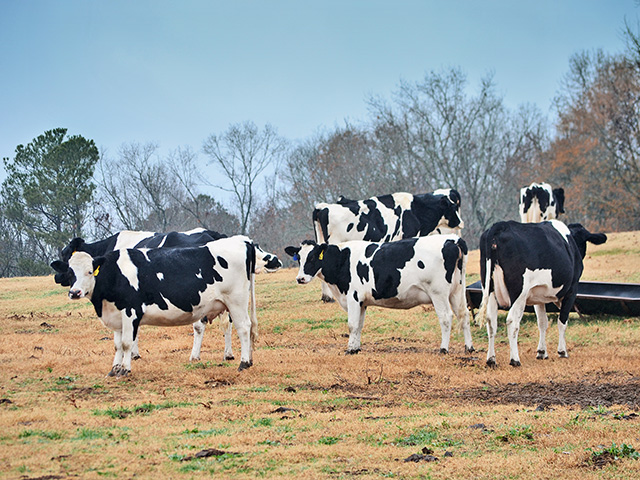