Four years of sales data, across 7,525 lots of cattle, reveals something interesting when it comes to heifer calves. Producers are leaving a lot of money on the table. That's based on Western Video Market data from 2014 through 2017.

Average lot size in the four-year review was 134-head, with all animals in the study out of the western states—primarily California, Oregon and Nevada. Most (80%) were ranch raised, sold-from-the-farm calves. Calves ranged from 4-weights up to 9-weights. Sales the study focused on took place throughout the year, with the majority occurring in the summer months.

Zoetis' Tom Short, associate director of outcomes research with the company, has been studying this data. He told DTN that while there is a perception that non-hormone treated calves always sell for more, the data isn't backing that up.

"In fact it tells us just the opposite," he noted. "In the case of implanted heifers I think what we are seeing here is that buyers know a heifer with an implant will have better growth potential. Also he presumes that those heifers are less likely to have been around a bull, so there is less of a possibility of them being pregnant. From a buyer's perspective this is a positive on more than one count. It is interesting."

Asked if programs like the USDA's Non-Hormone Treated Cattle (NHTC) could make up through premiums, for the lack of extra pounds an implant can yield, Short said this does not appear to be the case. Looking at NHTC cattle sold in summer 2017, 1,674 out of 2,018 total lots did not receive an implant. Only about 300 of those un-implanted lots, however, sold under a NHTC program. This means for 1,374 lots, there was neither the possibility of a premium, nor were there additional pounds to sell as a result of use of an implant. Average gain added through the use of a calf implant is reported at 19 pounds.

Short added he believes this data would be typical across the country. Asked if environment could reduce gains on implants, he said in drought situations it is possible performance might be compromised, although he added "many in the scientific community would say there is still some benefit. The implant can help you more effectively utilize the resources you have. It can make an operation more sustainable."

The Oklahoma Cooperative Extension service notes in "Implants and Their Use in Beef Cattle Production" the use of implants is lowest in small cow-calf operations, with only 9% of those producers it surveyed using an implant in steers. Operators with more than 100 head used implants at a rate of about 37%. Implant use goes up dramatically for the stocker and feedlot phases. Heifers intended as replacements, the report notes, should be separated from stocker heifers, so implants can be used on the stockers without concerns over any impact on conception rates.

The report concludes: "Implants are one of the most cost effective technologies available to cattle producers." It adds a nursing calf implanted at three months of age, and 150 days before weaning, can be expected to have an increase of value $15 to $30 per head.

For details on correct implant procedure, and to read the full report from Oklahoma Extension, go to this link: http://factsheets.okstate.edu/… 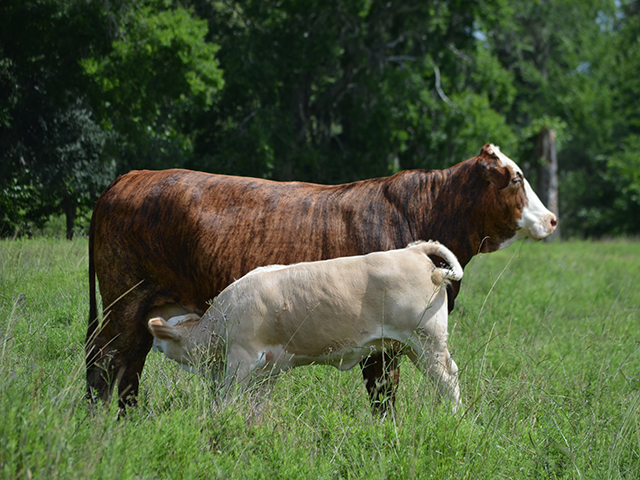