Regardless whether you're a Republican, Democrat, Libertarian or a card-carrying Mugwump, I think we can all agree that President Donald Trump is a man not afraid to change his mind. Of course, that's not to say that everyone would characterize this unique flexibility in the same way.

What strikes some as being open-minded, hits others as being empty-headed. What speaks to some as strategic deal making, warns others of random cluelessness. What some admire as bold examples of leadership, others fear as reckless and counterproductive displays of power.

Furthermore, many members of the citizen jury flip their verdicts from morning tweet to morning tweet. Our wonderful country can often be a tough bar to manage with the head bouncer facing intractable problems on a daily basis. Reassessments can be good or bad, absolutely necessary or dangerous second-guessing.

No less a thinker than Ralph Waldo Emerson once said: "A foolish consistency is the hobgoblin of little minds." Whatever else fans and critics might think of the commander-in-chief's gray matter, it is clearly not haunted by ghosts of uniformity and steadfastness.

But while I'm glad President Trump is not demonically possessed by an irrational need to strictly "stay the course" for its own sake, I am increasingly troubled by the reckless way he likes to shoot from the hip in matters of global trade.

The seeds of mistrust now being sown among many of our major trading partners makes me wonder if the White House truly understands the evolutionary nature of the international marketplace, a networking process that slowly improves over time as "non-zero" relationships (i.e., net import and export sums that benefit both sides of a trade) proliferate and compound.

But if this criticism is too harsh on the Trump administration, I feel more confident in saying that the president and his entire motley crew (given the extremely short truce in the trade war with China declared just last week, it seems clear that not every team member is rowing in the same direction) could benefit from a season or two of demanding fieldwork and farm management.

As far as I'm concerned, the great and abiding ethos of agricultural marketing has always been summarized by the pledge "my word is my bond." Many may think this sounds quaint and unrealistic. But I still think it's the fundamental nail that guarantees 95% or more of the country's farm business.

That's not to say that no one in the farming and ranching community ever bothers with lawyers and contracts. Of course, successful producers follow prudent business practices. And that's not to say that all those who work the soil or sort cattle automatically turn into unimpeachable Eagle Scouts. Bad apples fall from rural and urban orchards alike.

Nevertheless, I would have no qualms testifying before Congress (or perhaps more to the point, chatting over drinks at Mar-a-Lago) about agriculture's extraordinarily high commitment to honor and trust in matters of commerce. Maybe I'm hopelessly naive. But I've seen too many unhedged farmers dutifully deliver contracted corn dollars under the spot market and too many unhedged feedlot managers accept delivery on fall calves tens of dollars above the spot market to think otherwise.

Although waves of consolidation and concentration have certainly changed some of the dynamics of agricultural business over the decades, an amazing network of trust and cooperation still exists in the country. This network's taproot is comprised of realities such as isolation, low population, piecemeal infrastructure, and scattered markets.

The magic of this necessary trust at first fostered the rising levels of trade required to feed and energize the continental United States. This same quality of trust was then increasingly married to hundreds of other trusting business partners all around the world to create global trade worth trillions and trillions of dollars.

Unfortunately, this long-tested alchemy of trust and trade, a proven elixir responsible for the creation of untold wealth through U.S. agriculture, as well as the nation as a whole, is being threatened by a president who believes that trade wars are good and easily won.

Can't you just hear our trading partners say something like "Anyone so casually bellicose is not to be trusted." And that's exactly the point. Trust and trade go together like love and marriage. Once you become less than trustworthy, your sex appeal as a trading partner quickly goes south.

During less than 18 months in office, President Trump has reneged (or threatened to renege) on U.S. international pledges too numerous to count. Some of these decisions may have been well-reasoned. But the way the president and his team blow hot and cold (sometimes on the same day), is it any wonder that U.S. creditability seems to be approaching an all-time low.

Maybe if Trump had been raised in the wilds of western Nebraska or Kansas instead of cushy New York, he would have learned one of the woodshed's most valuable lessons: "Say what you mean, and mean what you say." 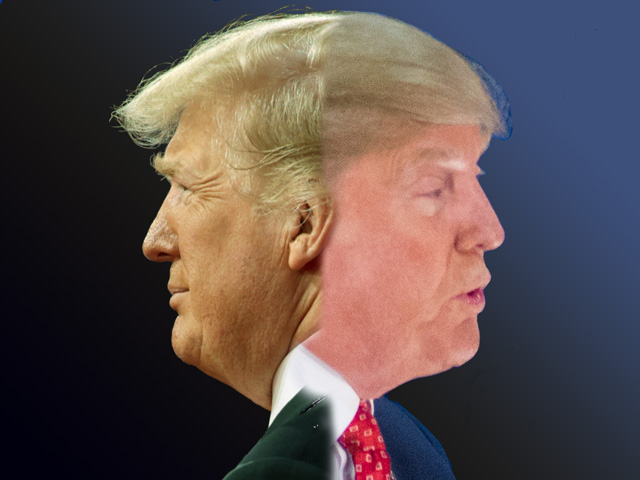