When lovesick Juliet assured her boyfriend from the wrong side of the tracks that family pedigree just didn't matter ("A rose by any other name would smell as sweet"), it's a good thing Shakespeare had her combustible father far out of theatrical earshot.

Had Lord Capulet actually overheard his daughter's mindless drivel, I daresay the great playwright would have been forced to move up his famous death scene by several acts.

The Bard doesn't bother the audience with too many details about Juliet's old man. He's rich (conceivably owning a large herd of cattle?), has a quick temper and knows there could be serious economic consequences for denying the real differences between the Hatfields and McCoys of his day.

In fact, Lord Capulet (and for that matter his nemesis, Lord Montague) makes me think of today's real-life cast from the U.S. Cattlemen's Association (USCA), a group of concerned beef producers who have bravely stepped forward to defend honest differences in types of protein products, specific word clarity in that regard, and thoroughly informed consumer choices.

Accordingly, the USCA last month filed a petition with USDA advocating for an official definition of "beef" and "meat." In order for wholesale and retail products to be labeled as beef and meat, the petition argues, the commodity must be derived from "the tissue or flesh of animals that have been harvested in the traditional manner," and excludes "man-made" or "artificially manufactured products."

A decade or so ago, such word-tinkering and definition-honing might have been reserved for the nerdy workforce at Merriam-Webster. But the wordsmith's anvil has suddenly taken on new commercial importance for the livestock industry thanks to surging growth of cellular agriculture (CA).

Suggestions of feedlots being replaced by test tubes, and cattle ranches downsized into petri dishes, used to be plot fodder for the wilder branches of science fiction. Yet the breakneck advancement of CA technology has quickly changed amusing fantasies into very serious threats for traditional meat production and producers.

While the march of science never stops, the recent acceleration in artificial-meat production must give a good deal of credit to aggressive and well-intended venture capitalists like Bill Gates and Richard Branson. Benevolent billionaires such as these apparently believe, in part, that protein produced in laboratories promises to be less environmentally taxing on the planet, minimizing everything from methane emissions to water usage and animal abuse.

Although I think these "deep pockets" are misguided, ill-informed about the larger environmental challenge (e.g., the curve of world population now tilting toward 10 billion by 2050), and shorted-sighted about the new technology they champion, I do applaud their selfless motivation and commitment to long-term answers.

On the other hand, there are other types of capital sources stoking this dubious furnace that strike me as far less noble and even borderline treasonous. I'm talking about two of the largest beef meat processors in the land who now have investments in the burgeoning world of artificial production.

Tyson Foods, the largest meat producer in the U.S., was part of a $55 million round of investment in Beyond Meat. Roughly a year after it started selling its meat-like burgers in mainstream grocery stores, Beyond Meat's products are now in 19,000-plus stores.

When Cargill sold off its last cattle feedlots last April, it said that it wanted to free up funds to invest in alternatives like insects and plant-based protein. Four months later, along with Gates and Branson, the company joined a $17 million round of investment in Memphis Meats, a startup that grows beef and chicken from cells instead of on farms.

And I always thought you were supposed to dance with the one that brung ya. In fact, this strange realignment of loyalties reminds me of another Shakespearian classic. Remember when Julius Caesar got shivved by best friend Brutus?

Yeah, I know. Business is business and sentimentality won't pay the bulldog. But it doesn't mean I have to like it.

Speaking of strictly business, let's get back to the USCA and its attempt to limit definitional wiggle room, and at least ensure a level playing field.

Here's how USCA President Kenny Graner summarized the motivation behind the petition in a Feedstuffs interview:

"We see this as the 'butter' or 'margarine' example, where one product is sourced from animals and the other is plant-based. People recognize both products for what they are, but having such products side-by-side can be highly confusing to consumers if labels are not clear in stating what the package contains.

"This petition seeks to prevent confusion that would occur if alternative protein sources were to try and piggyback on the goodwill that beef enjoys with consumers."

The hijacking of nature-based terms in order to sell artificial products is nothing short of calculated deception, made even more devious in the face of many consumers who have increasingly expressed demand for fresh, chemically free, organically raised and naturally based meat.

Indeed, the consumer mantra of the 21st century seems to be, "I need to know where my food comes from."

A truthful answer from the meat lab that goes, "We combine test tube A with test tube B and then spin it until the green foam disappears," is not likely to make it on the label. 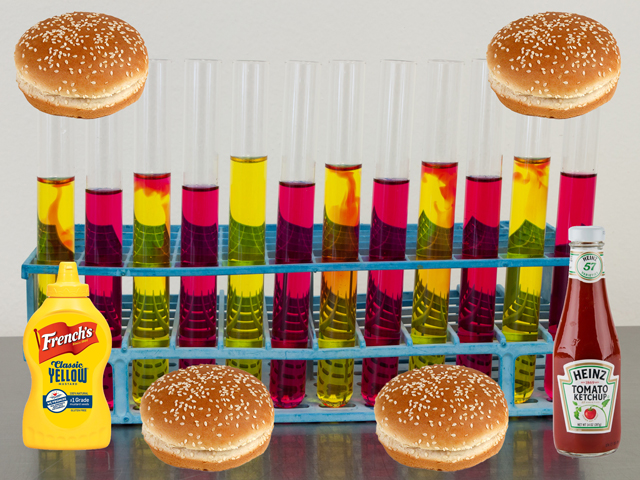