OMAHA (DTN) -- Increased concentration in the cattle industry had little overall effect on prices from 2013 to 2016, a new Government Accountability Office report found, instead pointing to drought and the price of feed as reasons for price fluctuations.

In particular, cattle prices dropped by about 40% from late 2014 through 2016, sparking calls for federal investigations into possible market manipulation. The GAO said USDA needs to provide better transparency in pricing and sharing of price information among USDA agencies.

Responding to that point, USDA stated that the Livestock Mandatory Reporting (LRM) Act of 1999 actually prohibits USDA's Agricultural Marketing Service from sharing the reported pricing information with regulators who oversee enforcement of the Packers & Stockyards Act. USDA stated that routine sharing of data "could jeopardize the public's trust in USDA's administration of the LRM program."

The study was conducted at the request of U.S. Sens. Charles Grassley, R-Iowa; Mike Lee, R-Utah; and Patrick Leahy, D-Vt., all who have pressed for changes in federal law to combat what they believe are anti-competitive practices in the industry.

The U.S. cattle industry generated about $64 billion in receipts in 2016, according to USDA. "The price of fed cattle has fluctuated widely from 2013 through 2016 and experienced a sharp downturn beginning in late 2015, raising concerns about the market and questions about USDA's oversight," the GAO said on Tuesday.

"Our results suggest that when there is a more concentrated market of buyers (packers), those packers will have more negotiating and market power, and therefore, with other factors held constant, these packers will be able to purchase fed cattle at lower prices from feeders," the GAO said in its report.

The study said there was an expansion in the number of individual larger feedlots -- those with a capacity of 50,000 or more head of cattle -- in terms of both number and percentage of total feedlots.

"Since the late 2000s, larger feedlots generally have been contributing an increasing portion of fed cattle to overall slaughter numbers, with medium-sized feedlots (those with a capacity of 16,000 to 49,000 head of cattle) generally contributing fewer," the GAO said.

"However, to better align futures contracts with the actual fed cattle market, CFTC (Commodity Futures Trading Commission) reviewed changes to contract terms and will continue to monitor those changes."

The GAO recommends a USDA review of the extent the price reporting group can share daily transaction data with Packers and Stockyards Program. If the law does not allow sharing price data, the GAO said it recommends Congress take action to allow it. In a USDA response included in the GAO report, the department said the Livestock Mandatory Reporting Act of 1999 does not allow for such sharing.

In a statement to DTN on Tuesday, R-CALF CEO Bill Bullard said the GAO did not go far enough in its investigation.

"The report used a very broad brush to describe a few of the more obvious problems in our U.S. cattle market and while it did identify some specific problems, it left several of the largest stones unturned," he said.

"In 2015 the cattle market was burdened by an unprecedented surge in imports that resulted in a record $9.1 billion in cattle and beef imports while our U.S. exports were only $6.3 billion. This sudden increase of foreign cattle and beef had a much greater impact on the 2015 market collapse than is specifically acknowledged in the report."

The GAO found cattle prices began increasing when supplies tightened as a result of widespread drought from 2010 to 2013. However, Bullard said the report did not address how supplies could have increased so quickly to "trigger the mid-2015 price collapse, particularly in light of the long biological cycle of cattle that would have limited domestic supply expansion for three years beyond late 2013."

In addition, R-CALF challenges the GAO conclusion that increased packer concentration did not contribute to price drops.

"The report did not explain why a concentration level in which just four packers control 85% of the market would have to change at all for those few packers to exert abusive market power upstream into the live cattle supply chain," the group said in a news release.

The GAO also concluded that limited competition in some cattle procurement regions was associated with lower fed cattle prices in those regions, and that "some packers may have been able to exercise market power." R-CALF, however, said the report does not address the "extent to which the packers may have cooperated with each other to cause such reduced competition in certain regions."

The GAO also concluded the Packers and Stockyards Administration has not properly monitored the fed cattle market.

R-CALF, however, noted the USDA response in the report indicates the agency did not intend to correct the deficiency of lack of access to USDA's daily cattle pricing data.

"Thus, the PSA will be relegated to reviewing only old data, which will clearly impede its ability to identify anticompetitive buying practices on a timely basis," R-CALF said.

Sen. Grassley, in particular, has been critical of a recent decision by USDA to withdraw the livestock portion of the Grain Inspection, Packers and Stockyards Administration, or GIPSA, rule.

Earlier this month the Organization for Competitive Markets filed a legal challenge against USDA for withdrawing livestock marketing rules designed to level the playing field for producers while negotiating supply contracts with larger agribusinesses.

The rules originally were drafted by GIPSA. In November 2017, U.S. Secretary of Agriculture Sonny Perdue announced that as part of a USDA reorganization, GIPSA would no longer be a standalone agency. The Packers and Stockyards Division was renamed the "Fair Trade Practices" program as part of the Agricultural Marketing Service.

The livestock marketing rules date back to language in the 2008 farm bill. The rules were controversial throughout President Barack Obama's administration. The rules were designed to give farmers more bargaining power to negotiate livestock contracts with meatpackers. 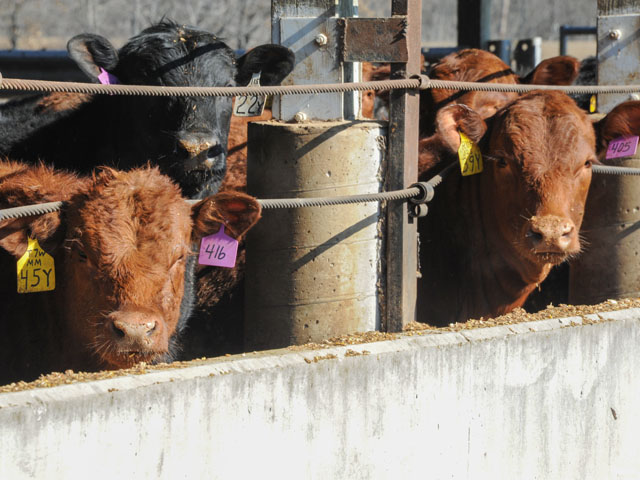