Long before there was George Lucas, J.K. Rowling or Michael Crichton, there was Jules Verne. He was one of my favorite boyhood storytellers and considered by many to be the father of science fiction literature.

My grandfather was a major Verne-geek (back when those types were just politely called "a little different"), so it's not surprising that I was force-fed these wild stories at an early age. My favorite was his classic written in 1864: "Journey to the Center of the Earth."

The plot unfolds as the recklessly impulsive Professor Otto Lidenbrock (believing there to be volcanic tubes going toward the center of the earth) somehow convinces his cowardly nephew, Axel, to accompany him on a super-spelunking adventure -- a dangerous rock crawl that encounters everything from dinosaurs swimming in a sea of molten lava, giant insects and a 12-foot prehistoric cowboy tending a herd of mastodons.

Not exactly a stroll in the park.

At one point in the story, the unnerved Axel tries hard to explain to the reader his uncle's fearless curiosity: "Wherever he saw a hole he always wanted to know the depth of it. To him this was important."

The human brain is a great mystery. Why do I remember this silly quote from a long-lost book, but have trouble precisely recalling my wedding anniversary from year to year?

My best guess is that all this Jules Verne trivia has suddenly topped the memory file thanks to my recent bewilderment over the extreme, canary-killing depth of June live cattle futures.

Before its dramatic reversal near midsession Wednesday, the early summer contract had slumped to a breathtaking low of $97.07, $20 below Tuesday's light cash trade, and nearly $33 below the mid-February.

Anticipatory price descent on this scale might even give Professor Lidenbrock the willies. Did I mention that the long-term downward swing from the late winter/early spring higher to the summer low is rarely more than $10 to $12?

Several weeks ago (when the June board was only discounted to feedlot cash by a mere $15), I blogged about "Chicken Little's Panic Attack," poking fun at the excessive bearishness of early summer traders. While the thick overcast was definitely a gloomy gun-barrel gray thanks to the likely surge in second-quarter commercial beef production, rumors of a falling sky were pretty much unfounded.

Instead of moving toward falling cash prices, deferred live futures have actually run even harder in the opposite direction. Instead of calmly preening her ruffled feathers once assured the hungry fox has been booted from the hen house, Chicken Little seems more frantic than ever.

While the explosion in second-quarter beef supply (perhaps totaling a billion pounds more than the Jan-Mar period) remains the fundamental justification of board discounts, the bearish icing of a trade war and slowing domestic demand has been heavily slopped with an industrial trowel over the last several weeks.

First came Trump's tariff on steel and aluminum on a global basis (i.e., before our closest allies were quickly exempted). Then came additional tariffs specifically charged to items of Chinese production. Waves of retaliatory tariffs were issued on a wide range of U.S. products, like pork last week, and beef and beans this week.

At the same time, the president has cranked up his anti-Mexico, anti-NAFTA rhetoric to a volume and sharpness not seen in months.

All of a sudden, international politics had set the demand bar necessary to handle second-quarter meat production much, much higher. There's enough potential worry here to give a Zen master the hives.

If you're looking for encouraging news, global trade peacemakers still have some time on their side. U.S. and China tariff bullies have been long on bravado and tough talk, but neither side has landed a real punch worthy of a good street fight.

More specifically, it sounds like none of these tariff hikes will be collectable until May 1. That means that U.S. and Chinese trade negotiators still have close to 20 days to agree upon a workable compromise. Indeed, it may have been this small ray of hope that caused livestock futures to stage such big reversals at midweek (e.g., June live closed up more than 500 points). On the other hand, corrections may have been a temporary function of extremely oversold charts.

I wonder how Jules Verne would have written the ending for a market story like this? We know he wasn't scared of letting his main characters fail or be proven wrong. Professor Lidenbrock never made it to the center of the earth, his stubborn dig finally cut short by an erupting shaft of volcanic lava just obeying the laws of nature.

Let's hope that's just another way of saying that the extreme outlier of bearish psychology will inevitably gravitate back toward meat, and the proven wisdom of free trade will again win the day. 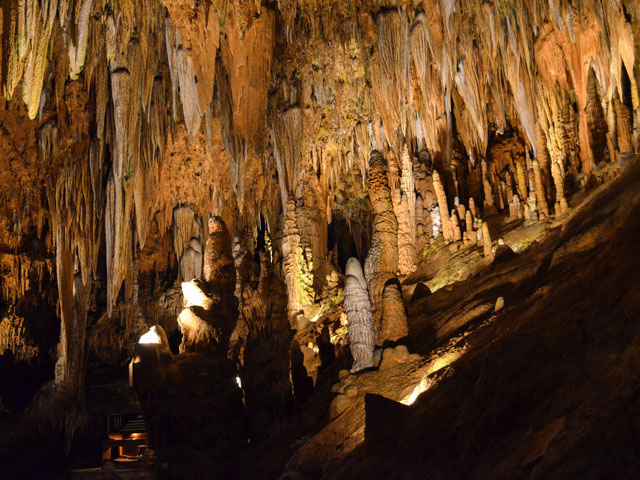