OMAHA (DTN) -- The Organization for Competitive Markets has filed a legal challenge against USDA for withdrawing a set livestock marketing rules designed to level the playing field for producers while negotiating supply contracts with larger agribusinesses.

On Friday, attorneys for OCM filed a 170-page brief asking the U.S. Court of Appeals for the Eighth Circuit in St. Louis, Missouri, to vacate USDA's actions against the rules last October. The OCM filed an appeal in February.

The rules originally were drafted by the Grain Inspection, Packers and Stockyards Administration, or GIPSA. In November 2017, U.S. Secretary of Agriculture Sonny Perdue announced that as part of a USDA reorganization, the GIPSA would no longer be a standalone agency. The Packers and Stockyards Division was renamed the "Fair Trade Practices" program as part of the Agricultural Marketing Service.

The livestock marketing rules date back to language in the 2008 farm bill. The rules were controversial throughout President Barack Obama's administration. The rules were designed to give farmers more bargaining power to negotiate livestock contracts with meatpackers.

The OCM alleges in the brief the USDA violated the Administrative Procedures Act and defied the will of Congress by not implementing the rules.

"The farmer fair practices rules aimed to provide contract and independent farmers with some semblance of bargaining power in an increasingly concentrated market," the group said in the court filing. "Such farmers contract with large agribusinesses, packers and processors to grow and raise livestock and poultry. However, as packers and processors have consolidated, farmers have found themselves with only a limited number of possible buyers in any given region. This means that farmers lack bargaining power and are often forced to accept contracts on a take-it-or-leave-it basis."

OCM said in many instances a farmer can be "pushed out" of a market if there are few buyers in a given region.

"The rules responded to these market realities," the brief said. "The rules' withdrawal ignores them, leaving farmers on the same un-level playing field as before."

Early USDA proposals drew fire from major industry groups and Congress. The rules were then blocked by Congress. Lawmakers refused to fund any efforts to advance the rules. Congress relented in the fiscal year 2016 funding bill and USDA advanced the rules again.

The rules included an interim final rule on how USDA wanted courts to interpret a provision of the Packers and Stockyards Act. Courts have ruled in cases between poultry growers and poultry companies that a grower has to demonstrate a company's action against the individual grower harmed the entire poultry market.

Since the 1980s, USDA used the standard in beef or pork cases that a livestock producer doesn't have to show harm to competition to bring a Packers and Stockyards case against a company. USDA has pushed to apply the same language to poultry contracts.

The final proposed rule would have restructured the tournament payment system by giving USDA authority to determine if a ranking system for poultry growers' prices is fair or unjustly discriminatory, or deceptive. The poultry industry has opposed any USDA rules that could create problems with the company tournament systems.

The legal brief filed last week said USDA was bound by law to enforce the rules.

"The department has violated each of these precepts, ignoring Congress's directive in the 2008 farm bill, putting forth inadequate explanations, and failing to grapple with its changed position as to the rules' necessity," OCM said.

The appeal was brought on behalf of farmers Connie and Jonathan Buttram, in Albertville, Georgia, and Knox County, Nebraska producer Jim Dinklage. The brief describes them as "lifelong farmers who have experienced firsthand the kinds of retaliatory and discriminatory treatment that the rules were designed to protect against." 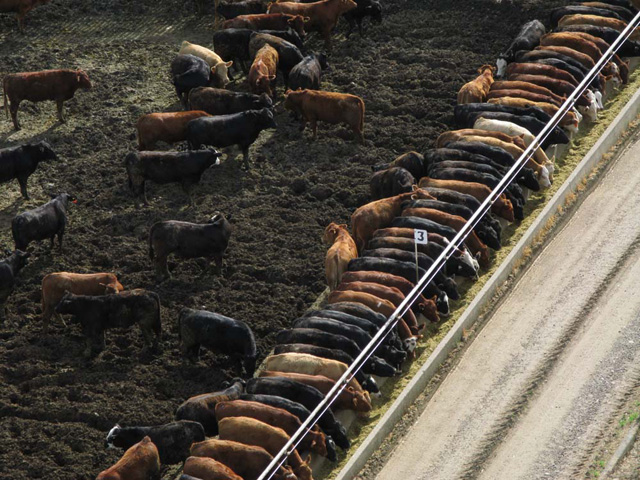