I've rarely been to a cattle operation where a clostridial vaccine wasn't part of the health protocol. Turns out, giving that two-, four-, seven- or eight-way, along with an injectable IBR vaccine, might be a mistake.

Vic Cortese, veterinarian with Zoetis' Cattle and Equine Immunology and Biologicals, dropped that research bomb on a full house of producers at the 25th annual Cattlemen's College, in Phoenix. He reported the IBR (infectious bovine rhinotracheitis) vaccine, given at the same time as the clostridial vaccine, blocks about two-thirds of calves from developing immunity to the clostridials.

So, run three calves through that program, and only one is getting what you paid for. This applies to the first round of vaccinations only, but to all ages of calves.

Common contributors to the development of clostridial disease include banding and puncture wounds. Even bruising can lead to the condition. Think of it this way: A wound where normal blood flow is involved is not a likely source. But, damage, internal or external, where there is not normal blood flow and, therefore, no oxygen going to the area sets the stage for this deadly infection.

A clostridial is a bacterium that releases deadly toxins. In the gastrointestinal tract, it releases enterotoxins; in the nervous system, neurotoxins; and histotoxins in the muscular system, which can lead to gangrene and death.

Prevention isn't just about using a vaccine correctly. It starts with good management. Cortese says key ways to prevent the disease are to have consistency in feed and intake; to minimize overcrowding, bulling and rough trucking; to avoid overgrazing; and to block access to areas on the ranch that have rotting or spoiling vegetation or dead wildlife. These areas house spores that lead to the disease.

Since all of those steps aren't always possible, we have vaccines. In the case of clostridial vaccines, they've been around so long we may take them for granted. The first clostridial vaccine against blackleg in cattle was developed in 1932. Sometimes, absence of a problem convinces us it's not really a problem at all. I've heard the occasional story where a producer hasn't seen blackleg in his lifetime, so he decides there's no need to vaccinate against it. Maybe he got by a year or two, and nothing happened. Suddenly, he loses a dozen or more head. It's a mistake he'll never make again. Turns out, no one is bulletproof.

One of the most effective ways to protect calves from clostridial disease is through the dam, Cortese stresses. If she is vaccinated, she transfers antibodies through her colostrum to the calf. Timing is the challenge here. The cow needs to be vaccinated four to 11 weeks prior to calving.

If the protocol is more day-of-birth vaccinations, he recommends only using the C and D (C perfringens types) clostridial vaccine plus tetanus if you're going with an early band castration. He does not recommend a seven-way at this age, because it diminishes appetite at a time the calf most needs to be nursing. And he says do not add the injectable IBR vaccine at this time.

The same holds true when vaccinating calves prior to going out to grass. Here, Cortese notes, "If you give your first IBR and a seven-way, only one out of three calves will respond to the clostridial vaccine, because the viral blocks the response."

The best way around that, he says, is use of an intranasal IBR. And, remember, the suppression of the clostridial vaccine is a one-time thing. So, when it's time for a booster, the injectable IBR is fine.

"It's the opposite of what we've been taught," he notes. "We now know that the intranasal lasts longer than the injectable. It holds up longer in calves."

One program that might work for producers taking calves to grass, Cortese says, is to use the intranasal IBR, a BVD (this doesn't block clostridial) and a seven-way. If you still see sudden deaths after going to grass on the seven-way, boost with the one-dose Alpha product.

All of this goes back to one point: Rethink your vaccination program. Share this with your herd veterinarian, and work together to find the most effective and efficient vaccination schedule possible. It should mean you get more of what you're paying for and have fewer calves lost each year to disease. Together, that adds up to real money. 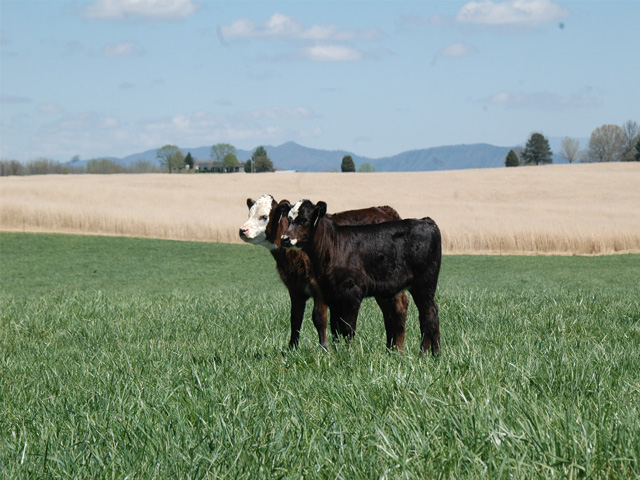