"Britain and America are two nations separated by a common language."

While historians can't seem to agree on who first said it (George Bernard Shaw? Oscar Wilde? Winston Churchill?), most recognize the humorous quote as a pithy expression of more sprawling truth. Don't judge a book by its cover. Looks can be deceiving. Still waters run deep.

Maybe that's why I was quick to paraphrase the tried and true saying this week in the face of surprising news (at least to me) from our neighbors to the north: "Canada and America are two trading partners separated by a common beef industry."

First came the announcement by Canadian cattlemen regarding the decision to raise the national beef checkoff by 150%. Against the sobering backdrops of failed referendums in Missouri and Oklahoma over the last several years, such spendthrift funding of a common cause seemed darn right tipsy.

Each to his own hoser, eh?

Before taking a closer look at these diverging paths within the North American beef biz, let me briefly acknowledge the scrambled fruit basket of apples and oranges that naturally make Canada/U.S. comparisons problematic. Canada's population and gross national product are barely one-tenth the size of U.S. totals; Canada's governmental structure is a parliamentary system versus one of division of power in this country; Canadian agriculture is significantly more dependent upon foreign markets than American farmers and ranchers are.

Obviously, I could go on with a fairly long list of important differences in this regard. Yet cattle operations on both sides of the border share enough in common to make the two news stories noted above more than a little curious.

Although the Canadian herd totals just 11.7 million head, the people-to-cow ratio is virtually identical to that clocked in the United States (i.e., 3.1:1). Furthermore, Canadian beef exporters clearly rank among the big dogs of global trade. In 2016, Canada exported 622,400 metric tons, nearly 40% of its commercial production, enough to make it the world's sixth-largest shipper of beef. At the same time, U.S. exporting efforts made it the fourth-largest supplier on the global stage.

Finally, I think it's worth noting that Canada and the United States share a common business model when it comes to soliciting foreign buyers. Unlike India, Australia, Brazil and New Zealand, Canada and the U.S. specialize in high-quality, grain-fed beef, the stuff that makes foreign mouths water and bank accounts spin. While the Canadian funding potential in this regard is considerably smaller than the U.S. pump, the two countries together pretty much represent the only game in town.

These qualified similarities are making me scratch my head over Canada's aggressive reassessment of the checkoff on one hand and the new TPP on the other.

By the end of 2018, all cattle producers in Canada will pay a national C$2.50 beef checkoff per animal sold. This increase was set in motion in 2014 when a document called the National Beef Strategy was developed by beef industry leaders from various organizations.

Currently, the national beef checkoff in Canada generates an estimated C$7.5 million ($6.04 million) annually. The increase to C$2.50 would bring the annual revenue to C$18.75 ($15.09 million). For the record, the U.S. is estimated to spend roughly $38 million in checkoff revenue through fiscal 2018.

Despite the ravages of inflation and a flagging pattern of cattle numbers (only recently corrected), U.S. producers have refused to raise that national collection rate of $1 per head in place since the checkoff began in 1988.

So why have U.S. cattlemen been so reluctant to expand the program, and why have their Canadian counterparts turned so gung-ho by comparison?

I think the answer to the first half of that question is relatively simple. Key demographics within the larger U.S. beef industry (i.e., small producers and ranchers in general) simply see themselves as trapped outside the main tent of checkoff benefits. George H.W. Bush once referred to Reaganomics as "voodoo economics" for pretty much the same reason. Arguments that extra revenue generated from well-funded beef research and promotion would eventually "trickle down" to all members of the cattle family have apparently been less than convincing.

The answer to the second half regarding the taproot of Canadian checkoff energy is more difficult to tease out. Since I'm not a Canadian producer, it's tough to imagine the shifting psychology that led to this direction.

My best guess is the steady decline in herd size since the discovery of mad cow in 2003 finally triggered enough Canadian worry to support a new, ambitious checkoff plan.

Yet if this aggressive checkoff funding promises to have great marketing potential, Canada's dramatic split with the U.S. over TPP should have fairly immediate consequences. It was announced on Tuesday that, after a series of negotiations, Canada will join 10 other countries in signing a revised Trans-Pacific Partnership in March.

The deal, renamed the Comprehensive and Progressive Agreement for Trans-Pacific Partnership (CPTPP), includes a renegotiated arrangement on autos with Japan and the suspension of intellectual property provisions that had been a concern for Canada. Additionally, it opens the lucrative Japanese market to Canadian beef producers, making them preferential suppliers with lower tariffs than U.S. counterparts.

Did I mention that Mexico will also be part of CPTPP? Understandably, both Canada and Mexico probably see this new trading agreement as a partial hedge and lever against the possible collapse of NAFTA (though the sack of CPTPP marbles is far smaller).

So as the first month of 2018 begins to roll up, Canada and America do seem to be separated a bit more by a common beef industry. With 75% of total Canadian exports shipped to the U.S., that separation will no doubt remain more of an ongoing tension than a pending divorce. Still, between checkoff reform and real progress in trade negotiations, I think Canada has just stolen a march or two on its beef partner and competitor to the south. 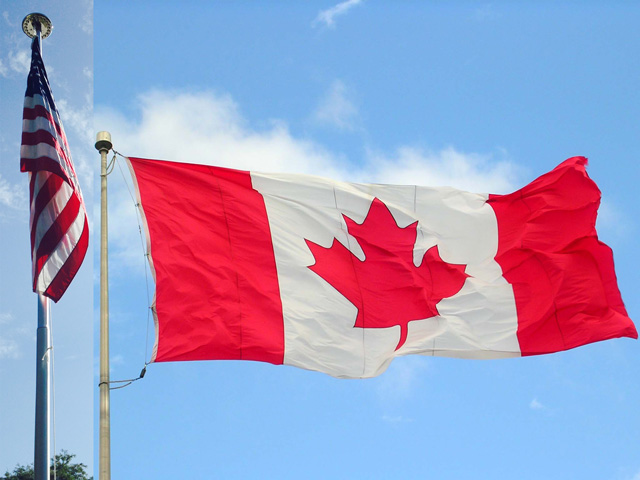