Long before there was GPS, industrial lasers and 3-D topographical mapping, there was Burl Hooker, the land-leveling genius of my youth who Dad would call whenever he decided drought conditions had stolen another corn crop by late July for the last time.

Burl would arrive at the project site armed with nothing more than a short pencil, the back of a used envelope and a well-chewed cigar.

He then proceeded to meander across the troublesome 80 in question, assessing and collating "cuts" and "fills" with all the nonchalance of an eagle stalking a slow rabbit.

An hour or so later, Burl would verbally deliver his pinpoint estimates of cost and completion time. And since his word and quality of dirt work were equally impeccable, Dad could spend the balance of the off-season confidently dreaming of expanded production and new irrigation tubes that virtually set themselves.

But here's my question: Where's Burl Hooker when we need him?

The rough landscape of early 2018 that requires help can't exactly be identified in terms of section, township and range. In fact, the disturbing swells and troughs I currently have in mind unevenly cover the market terrain of live cattle and lean hog futures. While no one knowledgeable about the nature of commodity trading and seasonal realities could ever imagine these markets watered by gravity, the odd price structures now before us might even baffle the most creative pivot engineer to be found.

Despite the fact that both live cattle and lean hogs futures left the 2017 awards banquet with a similar armful of trophies (i.e., record production; solid feedlot/finishing floor profits; significant herd expansion; excellent domestic and foreign product demand), these commodities have stepped into the new year like they have no more in common than Steve Bannon and Rachel Maddow.

On one hand, the live cattle board seems strangely comfortable in embracing substantial discounts to the cash market. Nearby contracts seem unafraid to lead feedlot cash lower over the next 30-60 days. While such early year pessimism (apparently dismissive of the tonnage-robbing potential of a harsh winter) may seem like manna from heaven to first-quarter hedgers who had dialed in a much weaker basis, the ongoing futures/cash divorce must be confusing to longer-term risk managers in need of safe assumptions regarding convergence.

On the other hand, lean hog futures have acted absolutely eager to build large premiums to the spot country trade of barrows and gilts. Never mind the supply challenges implied by the Dec. 1 H&P report; never mind the stubborn persistence of live weights 3-5 pounds heavier than the previous year. For whatever reason, traders of hog paper just keep reaching for the North Star, pretty much indifferent to checking for cash progress in the rearview mirror.

Before suggesting several possible explanations for this low road/high road divergence between cattle and hog futures, let me concede that some features in both market structures are running close to par. For example, the current discount of summer live contracts to spot February and April is not at all unusual as the board anticipates the seasonal peaking of fed slaughter in the late second and early third quarters. Indeed, the summer discount could conceivably be even deeper if the Feb-April spread was not so strangely flat.

At the same time, the current premium of summer lean futures strikes me as reasonable and consistent with the traditional playbook. To be sure, you could argue that traders slamming summer contracts into the mid-$80s this early in the year (especially given so much expansion evidence) are guilty of what Alan Greenspan used to call "irrational exuberance." Still, generally speaking, the logical connection between the relatively small winter pig crop and stronger butcher sales in the June-August quarter is almost impossible to refute.

But beyond these elements of normalcy within the early year structure of livestock futures, I'm perplexed by how differently cattle and hog contracts react to either positive or negative cash (regardless of shared 2018 realities such as herd expansion and the likelihood of record per-capita total meat supplies). More specifically, why do live cattle futures react more readily to bad cash news than good? Why do lean hog futures react more readily to good cash news than bad?

I have two theories.

First, lean hog traders may be finding it easier to imagine significant growth in product demand through 2018 than their live cattle counterparts. On the most basic level of price, pork always stands to have a distinct advantage over beef thanks to simple biology. This inherent leg-up could be particularly underscored within the context of record meat production and the challenges of total consumption.

Others sensing superior prospects for pork demand could also be thinking about exports. Although both pork and beef enjoyed blistering growth in 2017, the case can be made that the pork industry has done a better job in adjusting to foreign specs than the beef biz. For example, approximately 50% (up sharply from just a few years ago) of all U.S. hogs receive a ractopamine-free diet, an essential qualification for the Chinese market. Conversely, beef producers and processors have been painfully slow in implementing the necessary protocols required to grow the same market.

Second, the pork industry is doing a much better job in coordinating kill capacity with expanding herd size. Hog chain speed was significantly augmented last year with the addition of three new plants. Furthermore, Prestage's new facility is expected to put additional blood on the floor by this spring.

By contrast, the cattle industry has barely ended a prolonged pattern of plant closings. As slaughter numbers fall into a stagnant number of plants, packer leverage over feedlot offerings will probably increase. It's been argued that there remains excess kill capacity in the cattle world if larger Saturday slaughters are scheduled. While you can chart some increase in weekend kills over the last year, I'm not convinced it can accommodate the brewing problem of inadequate chain speed. Saturday kills tend to be quite expensive compared with weekday counterparts, especially in terms of labor scheduling and cost.

Maybe it's too early in 2018 to get this carried away. Perhaps by the end of the first quarter the cash/futures dance will seem more conventionally coordinated. Yet, two weeks in, the market terrain is anything but level. I think I'll keep looking for Burl's number. 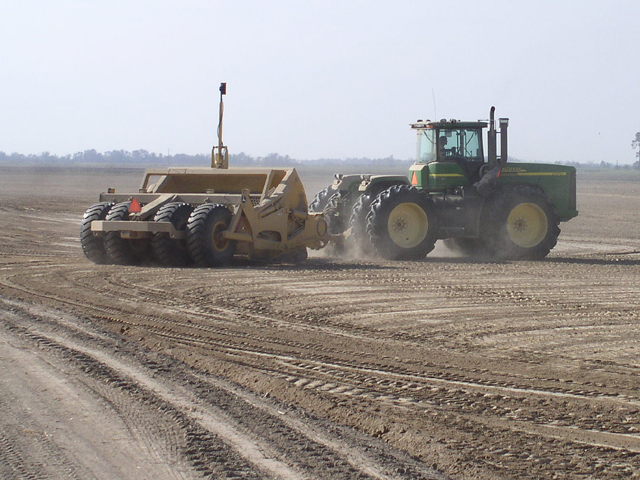