The road from Henry C. Wallace to Sonny Perdue constitutes a long journey from one extreme destination to another, especially when marking the nearly century-long route with speed-limit signs linked to the Packers and Stockyards Administration. The convoluted map documents rather dramatic shifts in economic realities, market values and political clout.

Soon after the Packers and Stockyards Act was passed in 1921, President Warren G. Harding instructed USDA Secretary Wallace to put practical wheels under the legislation designed to regulate interstate and foreign commerce in livestock and meat. It prohibited packers from engaging in unfair and deceptive practices, giving undue preferences to persons or localities, manipulating prices, or creating a monopoly.

Quickly snapping to the attention of his boss and the spirit of the times, Wallace replied, "The organization for the administration of this act is now being built up as an independent unit in the department. Great care is being taken to select men who have general knowledge of the livestock industry and of marketing and packing, and who are level-headed, even-tempered men, free from prejudice."

Fast forward to the fall of 2017, Secretary Perdue also focused on the same agency (consolidated and rebranded in 1994 as the Grain Inspection, Packers Stockyard Administration, or GIPSA), this time not to unfold its potential application into bureaucratic sinew, but rather to fold it away for "safe" storage in some remote, out-of-the-way governmental closet.

Presumably responding to at least the indirect prodding of President Donald Trump, Perdue announced in October the withdrawal of two of the so-called "fair trade practices" rules that had been unevenly baking in the GIPSA oven since the beginning of the Obama administration. A month later, the USDA head further decided to collapse GIPSA's functions into the arm of the Agricultural Marketing Services (AMS).

I don't think you have to be a conspiracy theorist to clearly see that Perdue's redrawing of the organization chart in this regard represents a serious demotion for GIPSA. It's a bit like making your loud-month brother-in-law sit at the kid's table on Thanksgiving. Indeed, making the theoretical watchdog a subagency of AMS, a branch largely charged with helping large packers negotiate with brokers, fast-food or grocery chains, would seem to invite awkward conflicts of interests.

Why do images of foxes safeguarding the henhouse come to mind?

Speaking of chickens, many red-meat producers, especially those tied to large, well-connected operations, have cheered the recent trashing of GIPSA rules they considered dangerous to the free market and global competition. Just because some chicken farmers had allowed themselves to become helpless "serfs" in a fixed economy run by ruthless overlords is no reason to jinx the successful business model where beef and pork managers see themselves more like "partners" with the meat-processing giants.

Partners are not serfs, thank you very much. At least not yet.

Even though the controversy over these fair practice rules has been on the USDA stove for years (albeit often on the backburner), some readers may need to be reminded of the original intent of Congress when these provisions were forwarded in the 2008 Farm Bill. At the risk of being simplistic, let me be as straightforward as possible: The rules were to be designed to make unethical and noncompetitive packers more legally accountable to unfairly treated livestock producers.

Generally speaking, the GIPSA rules would have lowered the burden-of-proof bar for would-be plaintiffs seeking redress from a specific case of packer exploitation. For example, a producer would no longer have to prove a market-wide harm to win legal relief against a packer proven to stack the deck against "troublemakers" under contracts (e.g., supplying poor chicks, inferior feed, or an unjustifiable low ranking in tournament-system pricing).

Here's where many large beef and pork producers, along with major trade organizations, jumped into the fray with angry alarms and sincere concerns about the real cost of frivolous lawsuits, the undermining of value-based marketing, and loss of global competition.

Frankly, I don't think any of these arguments should be easily dismissed.

Does the assurance of greater "fairness" justify the possible loss of "greater" efficiency? Is it realistic and helpful to the big economic picture vis-a-vis worldwide production and demand to encourage small producers to play on the same field with the big guys? Certainly the industry needs to have an honest discussion of these problematic questions and more.

That said, permit me to make a few final comments about the two most common stones hurled in GIPSA's direction. First, the "frivolous" nature of a lawsuit depends on one's perspective. What's at stake?

Regarding the latter, those fearing extreme market price fallout probably underestimate the size of Tyson's and JBS's legal departments. The corporate expense of court time annually budgeted as a cost of doing business would probably astound you. More important, viable GIPSA rules might reduce litigation in the long run if improper packer behavior is actually checked.

Worries about the future of certain types of marketing agreements may have more validity. I'm certainly no legal expert. But neither am I prepared to uncritically swallow wild rants from hired guns paid to stoke the fire. The court system has long recognized the crucial business difference between equal treatment and fair treatment.

At the end of the day, I would encourage all who struggle with the fairness/efficiency debate to fight against the unblinking force of market concentration. It strikes me as foolish for beef and pork producers to assume they can necessarily avoid the feudal system that now characterizes the chicken biz. Just chart the 10-year membership of your local T-Bone or Pig-Roast Club.

Barring some unforeseen development (pulling GIPSA out of cold storage?), all producers, big and small, remain trapped in a deadly game of musical chairs. If you want to pretend the rules have changed from the old cutthroat times, have at it. But as far as I can tell, the next seat removed when the music stops could be yours. 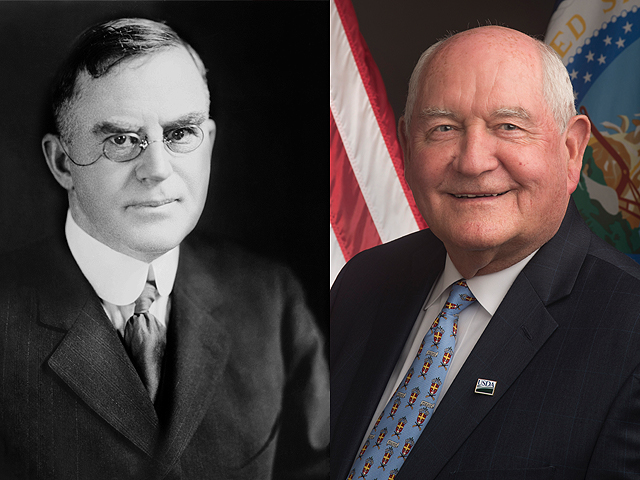